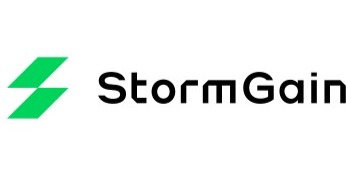 The most popular cryptocurrencies returned to growth after the collapse of the previous days, but the market is still characterized by increased volatility due to the uncertain situation in the global financial market. According to the StormGain cryptocurrency trading platform, the quotes of the main instruments are growing up to 10%, Ethereum feels better than other currencies, while the rest are adding more moderately (up to 3-4%).
At the same time, an interesting trend of bitcoin turning into "cryptocurrency gold" continues to show itself more and more vividly on the market - the correlation of this digital currency with the precious metal and with the American S&P 500 index reached its maximums against the background of the fall in the US dollar. At the same time, the relationship between the movement of bitcoin quotes and the dynamics of the stock market decreases.
Cryptocurrencies were also supported by the news that the Mastercard payment system has launched its own platform for testing national cryptocurrencies in cooperation with financial regulators who test their own digital currencies in a special system based on blockchain technology.
In addition, digital marketplace Binance has launched its platform in Turkey with support for fiat deposits in lira. And Kraken exchange was allowed to return to the country by Japanese authorities, and it will again serve local customers after a two-year hiatus.
Probably, in the near future, the quotes of the most popular cryptocurrencies will continue to remain unnecessarily volatile due to the uncertainty of the situation in the global financial market and the nervousness of investors. At the same time, it is possible that Bitcoin may rise in price up to $10,500, Ethereum has a chance to rise in price to $375, Bitcoin Cash to $230, XRP to $0.25, and Litecoin to $50.