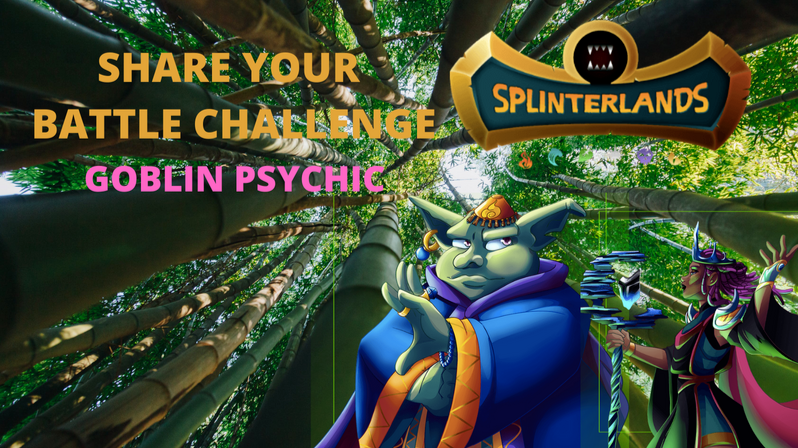 another week another challenge! This time we have the Goblin Psychic.
You can watch the whole battle here, if you like. It's a magic Earth Splinter card with tons of abilities:

Making it a very good support card for the backline. Also let's be frank the artwork simply looks amazing. I mean look at that guy. So stylish.

The Ruleset was fairly simple: Standard, 99 Mana and only Earth. So you guessed it, I decided to play Earth.

Since Earth was the only playable Splinter and I'm playing in Silver 3, I anticipated my opponent playing an Obisidan magic team and they always run Unicorn Mustang in the tank position, because of the Void ability.
So I decided to sort of counter that by playing a Grund in the first position, who can't tank as much magic damage as the Unicorn Mustang, but deals way more damage. Because I needed him to stay alive I used the Mycelic Slipspawn as a tank in the last position, which works because of his Taunt ability (everyone who can has to attack it) + the Spirit Hoarder (Triage heals the backline, i.e. Mycelic Slipspawn) and the Goblin Psychic to heal Grund himself.
Regal Peryton was used as an Off Tank and for extra damage and Child Of The Forest simply because I had a Snipe Quest (lol).

First round goes exactly like planned. My backline gets the Obisidian +1 Magic buff and takes out the enemy Mycelic Slipspawn, while my own Slipspawn barely survives due to the Triage heal from Spirit Hoarder. Also after both the opponent's and my Goblin Psychic healing the first position monsters my Grund is at full health and his Mustang only at 7.

Second round starts with my opponent killing off my Slipspawn and in return my Grund taking out his Mustang Unicorn. With him out of the way my buffed backline get's to work and deals quit some damage to his Regal Peryton, leaving him severely wounded even after getting healed. Meanwhile my own Goblin Psychic heals Grund back up, making him last yet another round.

Peryton goes first, because of his speed, getting a nice kill on the Goblin Tower, before it can get healed and also dodging the Supply Runner's attack. Enemy Goblin Psychic barely survives due to his self heal, but my own keeps going strong with the heals itself. First of all the absolute MVP of this match: Psychic Goblin with a total of 12HP healed and 15 Damage dealt! The strategy worked exactly as I hoped it would. With a little help from Spirit Hoarder Mycelic Slipspawn tanked through the entire first round backline damage, giving Grund enough time to take care of the Mustang Unicorn. With him and his pesky Void ability out of the way, my own magic damage backline was free to fire away. When Grund went down and Regal Peryton took his spot he was still tanky enough to survive with the heals of Goblin Psychic.

Needless to say I love Goblin Psychic for his ability to heal and dish out tons of damage at the same time. Only downside being his slow speed and low HP, but if you protect him with a Taunt like I did or maybe some armor you're good to go.

If you're not playing yet create an account over at Splinterlands.com and hop right into battle
Thanks to Carrie Allen for the amazing Markdown Tutorial
and to Chris Roberts for this Thumbnail Tutorial
Background Thumbnail image is from Pexels
Free image editing software used Canva 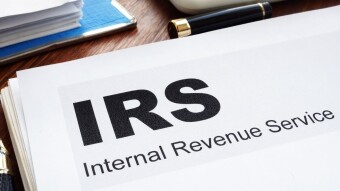 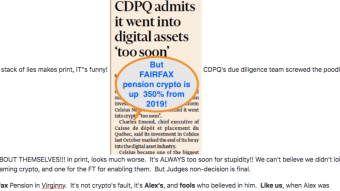