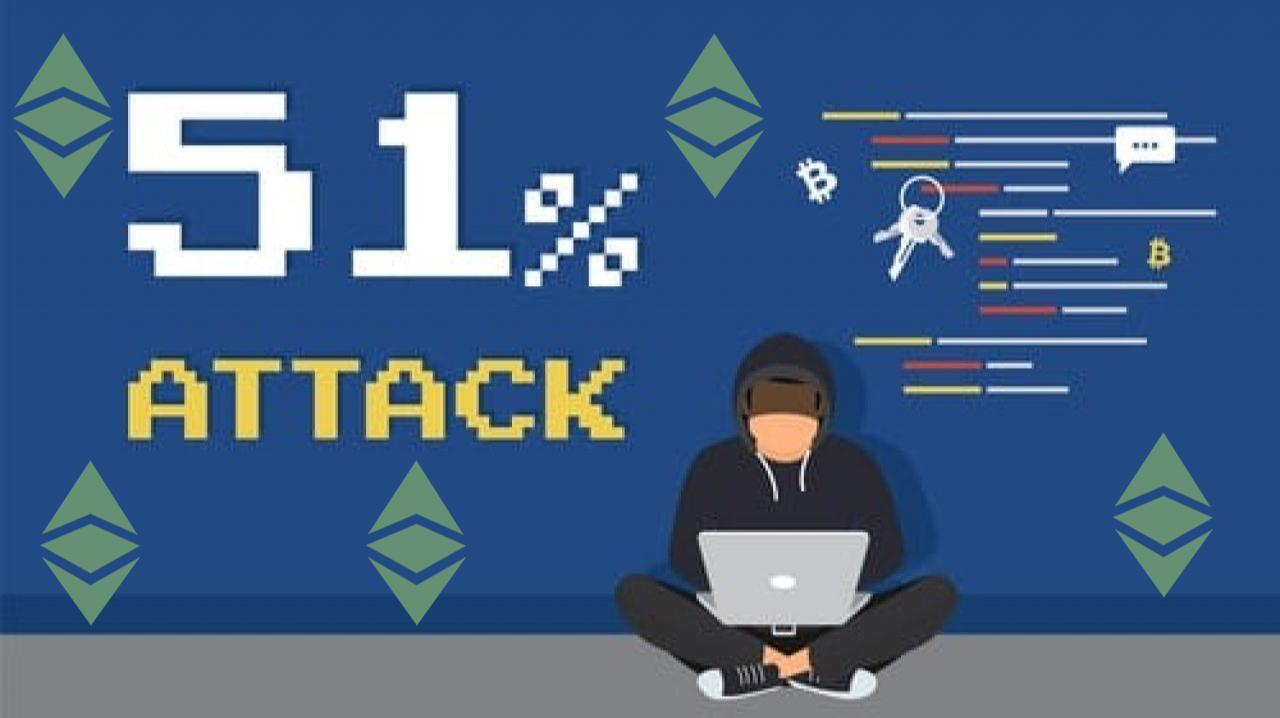 Despite being something not so common, it happened with the Ethereum Classic (ETC) twice in the same week (currently there has been another 3 attacks in a month), when a miner got 51% of mining power (hash power) to break into the network and thus create cryptocurrencies from scratch.

The first attack occurred on August 1 and was initially mistaken for a mining software defect, the second occurred five days later.

This attack caused damage to the miners. They continued to work at the old chain and lost large amounts of ETC. This was because they were mining and validating users' transactions in the wrong chain and they will probably never have cryptocurrencies again.

Suppose there is a miner trying to defraud transactions, he would not be able to execute without having access to users' private keys, unless he gains control over more than half (51%) of the computational power of the network.

That way, he can create an alternative version that goes unnoticed by users, and thus, he is able to use the same assets more than once in different transactions, rewriting transactions already confirmed and directing the amounts to himself, making the Spend Double.

The attack begins by creating a particular chain of blocks, which is completely isolated from the real version and is presented to the network to be defined as a genuine chain. If attackers acquire 51% of hash power or more, they will be in a position to persuade network nodes to follow them.

Bitquery found that the hash power needed for the attack was probably purchased from the same source as the first attack.

Mining hashrate provider DaggerHashimoto's price has increased during the attack period. The peak price (blue line) starts at the same time and has the same duration of the attack.

The hash rate first increased to around 9 TH / s when the attacker purchased the necessary mining energy from external sources, which was followed by a drastic decline in the total network hashrate.

After the second attack, the hash rate reached a minimum of 1.84 TH / s while it was hovering around 5.5 TH / s in the days leading up to the attacks. Many reputable mining pools advise their miners to move to Ethereum (ETH) or other protocols. 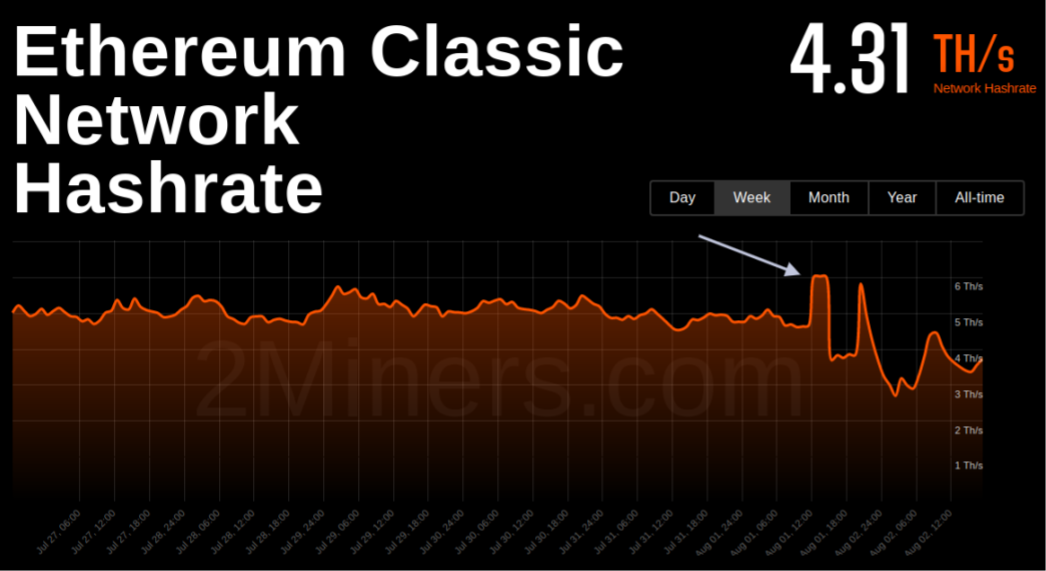 Miners are leaving the ETC and moving to other cryptocurrencies. A drop in the rate of the Ethereum Classic hash can be seen after the 51% attack on August 6.

Although the market did not react significantly, the second 51% hack caused a big fluctuation in the total ETC hash rate. As part of the attack prevention plan, ETC Labs plans to implement a defensive mining strategy, cooperating with miners, one of the objectives of which is to maintain a more consistent hash rate.

In order to carry out an attack on the Ethereum Classic, the estimated cost would be only US $ 5,644, which makes the attempt much more advantageous. The only organizations with the power to generate such an attack on Bitcoin would be the States. Despite being a possible attack vector, it is unlikely that at that moment any state will want to destroy Bitcoin. 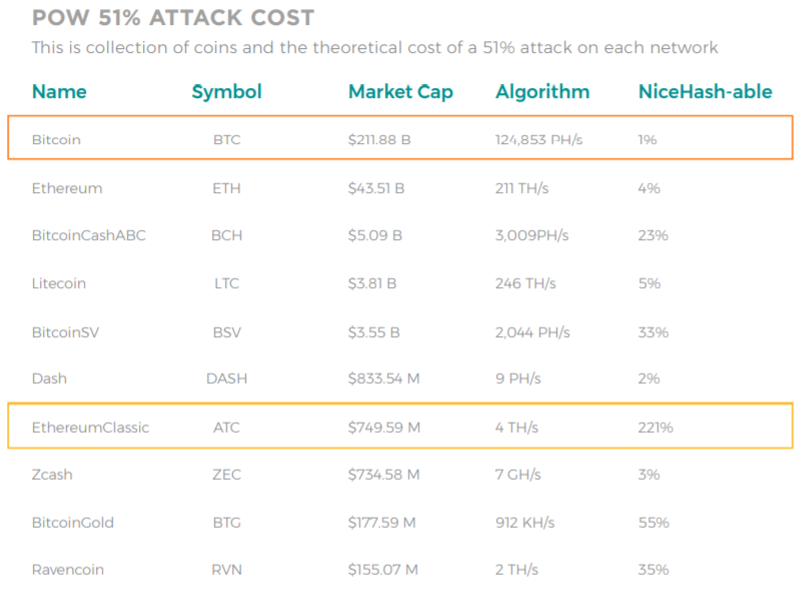 Conclusion
The incident on the ETC network leaves an alert for us investors and technology lovers: The Network and Hash Power are very important! Inattention and / or weakness with these issues makes the network an easy prey for malicious agents.

Any cryptocurrency that has its blockchain based on proof of work and that doesn't have enough computers to keep the network secure is more susceptible to this type of attack. On the other hand, the greater the hash power of the entire network of a blockchain, the more costly the attack is and the more secure the network is.

That is why Bitcoin is the main player and “king” of this market. Before investing or venturing into any other cryptography, it is necessary to know very well the security features used in a network, its size and its market share.