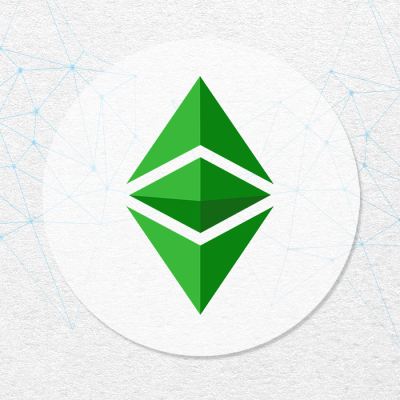 Ethereum Classic (ETC) is a hard fork of the Ethereum network, following the DAO attack in 2015. The DAO was an investment initiative on Ethereum, but a security vulnerability was discovered that resulted in the theft of $50 million in Ether from The DAO’s accounts. It was decided by some members of the community that a hard fork would be a good way to restore the stolen funds back to their rightful owners.

The primary difference between Ethereum Classic and Ethereum is that the former is guided by a very strong philosophy of immutability i.e. that no data on the blockchain ought to be changed. Ethereum, on the other hand, is open to changes to the platform such as decentralization mechanism and new features.

The project most recently announced that a new team of developers, called ETC Labs Core, had joined the development on the network and would help build a dapp ecosystem on the network. The team is also putting more focus on rectifying some security issues on the network, following double spend attacks in early 2019 that resulted in the loss of $200,000.

The split into Ethereum and Ethereum Classic is often considered a pivotal moment in the space, as monumental as the birth of Bitcoin and the Mt. Gox incident. Ethereum development has largely overshadowed the development and progress of Ethereum Classic. Ethereum also has decidedly more support from established entities who have become part of the Ethereum Enterprise Alliance, which counts names such as Microsoft and JP Morgan Chase as members.

When Ethereum turned into a proof-of-stake blockchain last month, many people expected that Ethereum Classic would be one of the biggest winners, given that miners would be inclined to switch to it, employing their expensive mining hardware rather th...

On 15 September, Ethereum shifted away from miners' services as validators are responsible for assembling blocks on the network. The altcoin ranked first in terms of mining profitability, which resulted in the network's total computing power growing...

Benefits of donations in Ethereum Classic

Ethereum Classic is a truly classic cryptocurrency that has stayed true to the initial concept of the Ethereum network. Born as a result of a hard fork, ETC has not been overshadowed by ETH and remains one of the top cryptocurrencies in terms of mark...

NOWPayments and Ethereum Merge: The Statement

In the next few days, the Ethereum Merge will take place. Ethereum will finally go from Proof-of-Work to Proof-of-Stake consensus algorithm. The final event is scheduled to happen around 14—15 September. We at NOWPayments are very excited about it, s...

Ethereum (ETH 2.0) and Ethereum Classic: which one is better for payments?

Ethereum was launched in 2015 and became the second most popular cryptocurrency after Bitcoin due to the increased functionality and focus on building decentralized applications. The Ethereum Classic resulted from an update to the original Ethereum b...

The Merge Is Coming! How to mine Ethereum Classic ETC or ETH using GPUthe Easiest Way!

The Merge Is Coming! How to mine Ethereum Classic ETC or ETH using GPUthe Easiest Way! Start mining in a few clicks!  Better Hash MiningTurn the auto subtitles on to watch in any language, and sign up on the link below: Sign up on Better Hash via the...

Biswap Dual Earning - The DeFi of the Future!

Celebrating 60 days on Biswap! Today we are celebrating as I started my Biswap journey exactly 60 days ago! I took my space suit on and joined the Space Agents! The daily activities at the Biswap Space Centre are always ground-breaking, because every...

Hello! Plisio moves forward and we work every day to make Plisio a better service for you. The development wouldn’t be possible without expanding features for your business growth. Today we’ve added one more popular cryptocurrency to the list — Ether...

An Expected Challenge It has long been argued that once ETH shifts to POS that Ethereum Classic and Ravencoin will absorb the majority of Ethereum miners. There are a handful of others that stand to experience somewhat of a boost but I think that we...

Are We Seeing a Market Bottom? Weekly Gainers Overview

The crypto market has been remarkably challenging for investors this year, with BTC and ETH prices currently down about 66% from their ATHs. June was the worst month since 2011 for both assets. There is cause for optimism in July, though, as both ass...