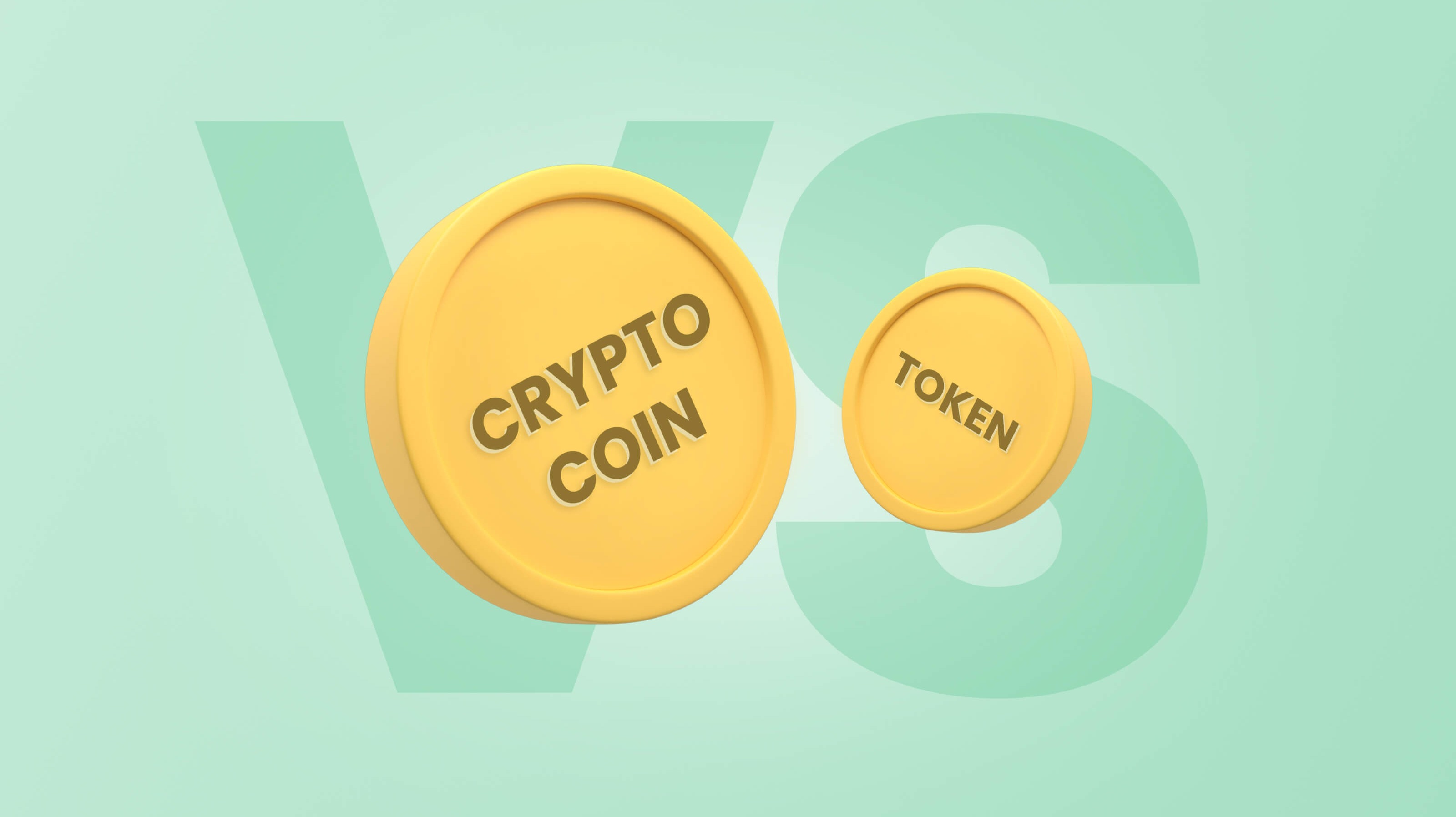 It sounds like there is no difference between tokens and coins at all, but it actually exists. It could be puzzling and challenging to understand that without a simple and clear explanation, so that’s why we’ve decided to write one.

What is a token?

Crypto token is a virtual currency token. In case you're interested in the following topic, you can read another article in our blog to gain more information on the related subject. Such tokens represent fungible and tradable assets or utilities that run on the existing blockchains. Crypto tokens are often used to raise for crowd sales, but they can also act as a substitute for other things. They are usually created, distributed, sold, and circulated through the standard initial coin offering (ICO) mechanism*, which involves a crowdfunding exercise to sponsor project development.

Any person can easily create a crypto token by writing a number of computer codes or even using automated tools. Decide your token’s utility, tokenomics, and legal status. Then you choose a blockchain, consensus mechanism, and architecture. Next, you can think of an audit of your project and get a final check.

Most of the tokens are built on top of Ethereum. The most commonly used token standards are ERC-20, which enables the creation of tokens that can interoperate within Ethereum’s ecosystem of decentralized apps, and ERC-721, which was designed to enable non-fungible tokens that are unique and cannot be replaced with other similar tokens.

Crypto tokens usually are programmable, permissionless, trustless, and transparent. Programmable means that they run on software protocols, which are made of smart contracts. Permissionless means that anyone can take part in the system without any need for special demands. Trustless means that it works without any intermediaries, it’s based on the prearranged rules. Transparency means the rules of the protocol and its transaction history are viewable and verifiable by the public. 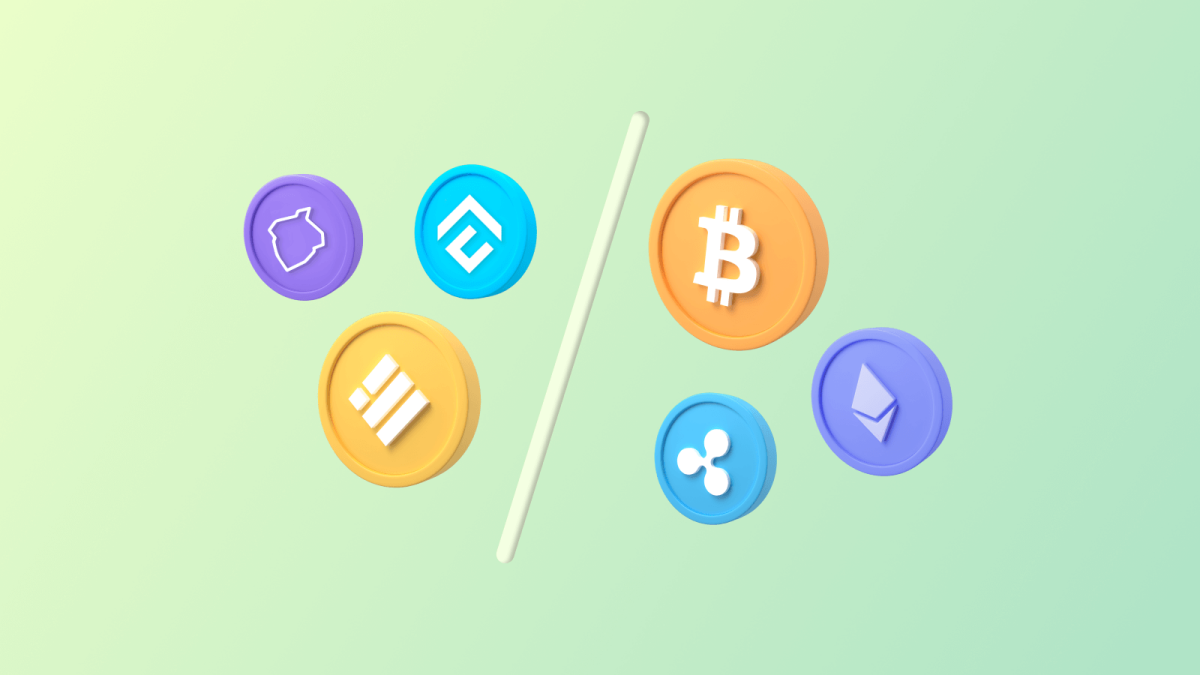 Security Tokens — that’s the majority of tokens. You buy them expecting to earn interest by waiting when those tokens will grow in price. They are treated in the same way as traditional securities. They are designed to be investments.

Equity Tokens — it’s when a token represents some stock or equity in the company that issues it. There are just a few companies that have such tokens because it still isn’t that obvious about what is considered to be legal and what is not.

Utility Tokens — they are also called application tokens. They are used to give people access to a product or service. Investors can buy these tokens and use them as a payment on the platform developed by the issuing company. They are also quite rare as most tokens are expected to grow in value based on their limited supply.

Payment Tokens — they don’t have any special purpose except to pay for goods and services.

There are tons of tokens out there, so we want to mention just some of them for you to compare with coins — Tether USD (USDT), Decentraland MANA (MANA), Uniswap (UNI), Enjin (ENJ) etc.

What is a coin?

It’s important to underline that coins don’t serve utility functions - such as to represent votes within a community or to represent storage capacity on decentralized cloud storage. A coin runs on its own independent blockchain and is more like a native currency within a specific financial system. Coins are mostly used as a medium of exchange or store of value. Most blockchains work as a decentralized ledger that traces and verifies each transaction, and their native coins can only be transferred between participants of this specific network.

A coin has the following features: it’s decentralized, which means that it relies on code to manage issuance and transactions; it’s built on a blockchain or other which allows participants to apply the rules of the system automatically; it uses cryptography to secure the cryptocurrency’s underlying structure and network system.

Overall, we can say that coins are native to their own blockchain, while tokens were built on top of another blockchain, like Ethereum, for instance.

Coins are used simply as money or used to run applications, as a stake to validate a transaction on a network, or run smart contract and token transactions.

On the contrary, tokens were created to be used on a dApp, a decentralized app, and since then, their purpose depends on the application itself. Sometimes they are used as voting rights or for transactions on the dApp, or to reward the users with things like discounted fees, etc.

To sum it up

In simple terms, once an asset has a native blockchain, then it’s a coin, and if it doesn’t, it’s a token. It’s not a big deal once you don’t know the difference between two words and concepts, but once you want to understand a crypto field, it's better to know the basics and operate on those definitions. Token and cryptocurrency are very often being replaced by people, even by those who are into blockchain technology, and that only adds more confusion, so the article was aimed to stop the puzzlement and be more precise in terms.