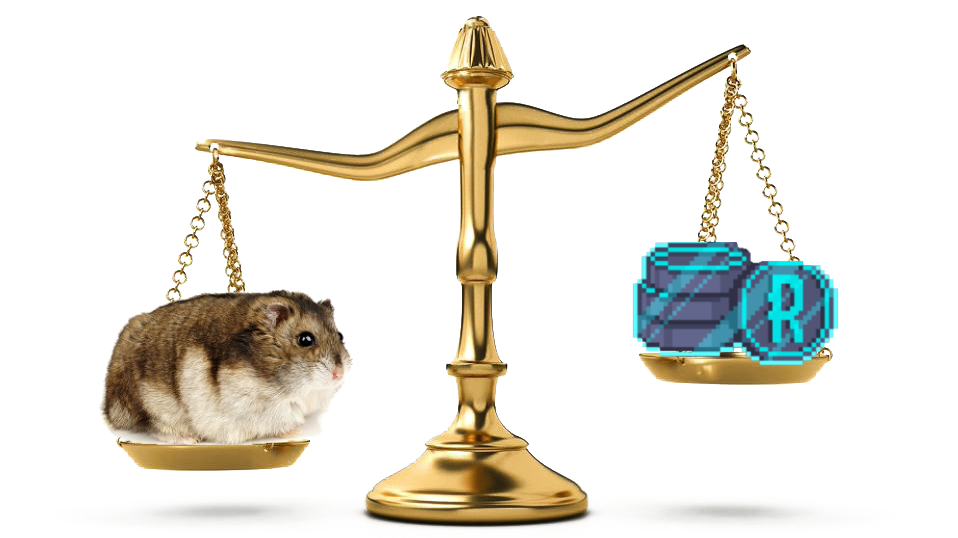 Adapting to the evolving RollerCoin power balance can sometimes feel like doing a dance (and reporting out is the song to match). I personally keep on top of it because I enjoy maximizing my effectiveness, but what does it really mean?

It occurs to me that I have never included any discussion in my articles about the dynamic effect the “IRL” crypto market has on the rollermarket.

At this point of reading my articles, you’re probably aware of the idea that the block reward you receive every ten minutes will fluctuate in face value. (If you haven’t read them, this one breaks down the personal block reward calculation.) You realize that this depends not only on your own personal power (earned through playing games and having miners), but also the combined total amount of power contributed to the coin you’re mining by all the people mining it.

You might even be familiar with the concept that the comparative value of mining each coin changes, and that this factor is highly dependent upon the real-world market values of those coins. (Tl;dr: if you have 1 of something that is worth $10, it’s more valuable than having 5 of something worth $1.)

The value of any satoshi, rollertoshi, ethertoshi, binatoshi, or dogetoshi that you hold is dependent upon how much that currency is worth. 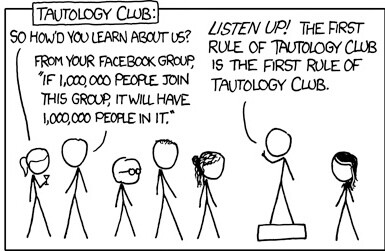 What’s it worth to you?

Yes, I’m aware that’s an opaque statement to make, but it really comes down to what you’re planning to do with your sats (et al).

Personally, I’m not yet at the point where I’m satisfied with the power supplied by my miners, and all my ‘toshis are being used to buy RLT. I’m working toward a loot crate because even the smallest of miner rewards in there is a better deal than any of the miners available for direct purchase (on a basis of power-to-cost). But this creates a conundrum for me, because the value of a sat is not absolute, and a certain number of sats might buy me more or fewer RLT by time I’ve stacked enough to actually convert them.

Eh? What do you mean by that?

Maybe I decide to mine BTC while the price of BTC on the open market is $60,000. Quick maths tells me that at that time, 1 RLT can be bought for 1/60000th of a BTC, or ~0.00001667. (For simplicity’s sake, I verbalize this as “point four-zeros one six…”) However, because the price of BTC (and all other cryptos) is always on the move depending on whether Elon Musk has sneezed recently, and because the block reward is so small, it takes me a long time to accrue enough to convert them to RLT (minimum exchange: $1).

If BTC is at $50,000 when I convert, then 1 RLT will cost me 0.00002 BTC, and “four-zeros two” is more than “four-zeros one six”… so my sats have 83% of the purchasing power that I expected them to, and usually by the time I have 1 RLT’s worth of anything, the week has changed and it is no longer so efficient to mine that coin.

Essentially, when the price is down it takes more sats to make a dollar. And that’s true in both directions.

What’s a Girl to Do?

Knowing that the most opportune time to both mine and spend a certain coin is when its price is high, it seems clear that I should aim to do those things in those times. Ideally, I would only buy RLT (or from another perspective, “sell my BTC”) when the price of the BTC I’m spending/selling is higher than it was when I mined it… so in that way I’d get more than I bargained for, instead of less.

Practically, however, it takes a lot of effort to continually track and analyze the prices, and know when I mined what amount, and plan it out, and the minuscule differences in benefit from this analysis would not be impactful enough to make it worth it for me. I’m also not an oracle, and as a direct result of my lack of magical clairvoyance powers I’m also not a day-trader; timing or predicting the market is faaaaaar beyond  my skillset.

Besides, I got GOALS. 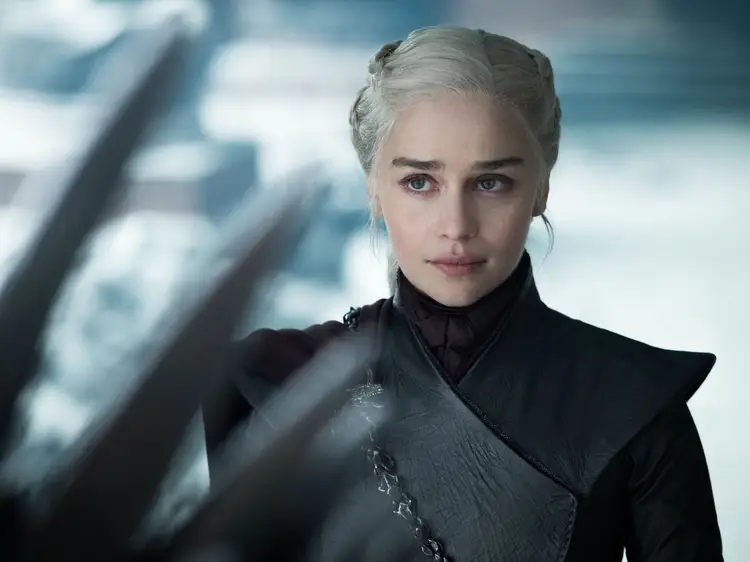 What I can determine with relative accuracy is what is the best choice for me Right Now… and sometimes, a few days ahead, such as when something like this falls into my lap: 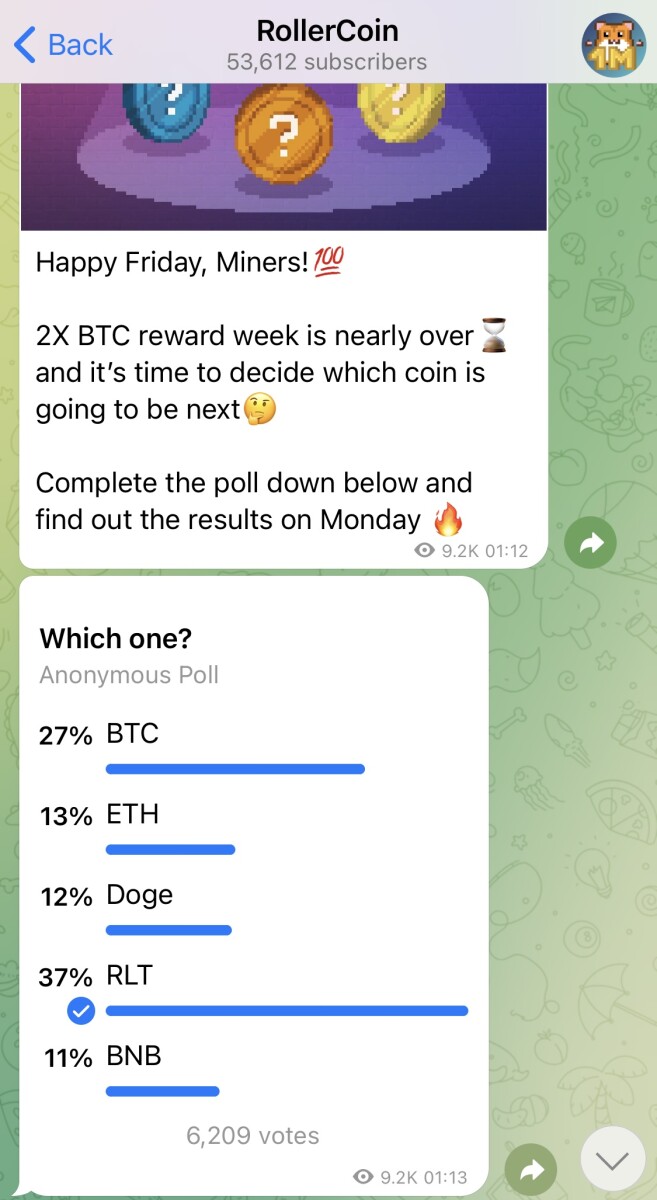 Note, however, that only 9k out of 53k people subscribed to this Telegram have viewed that message, and only 6k have voted— this could still change before Monday.

In light of all this, I mine whatever I think has the biggest reward at the time, and use my sats to buy RLT almost as soon as I can, and tell myself I’m “dollar-cost averaging.” 😂

Sometimes, like this week, that means mining ETH for a few days of the BTC week, and then switching back to RLT: