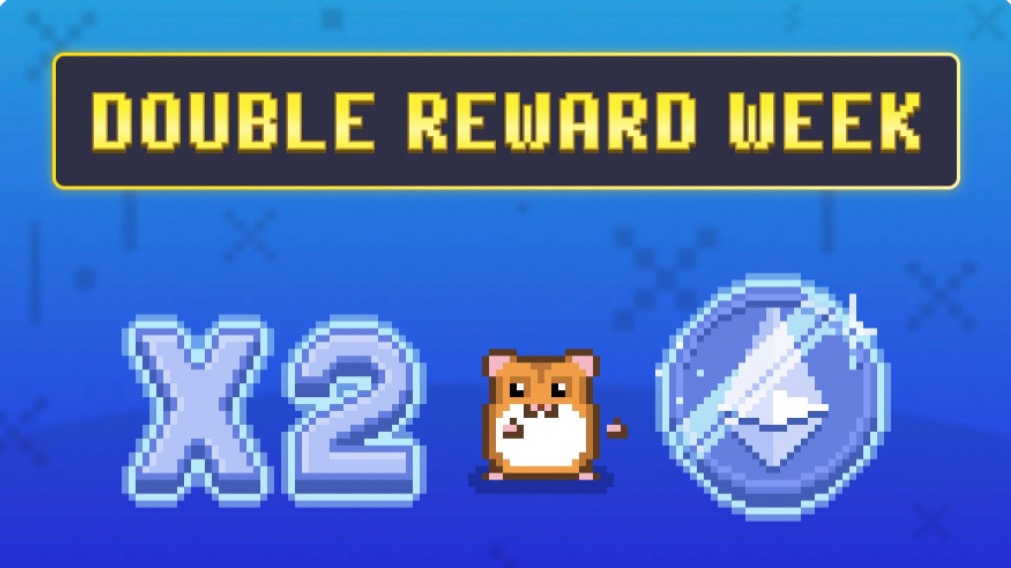 This week’s RollerCoin double-reward coin is ETH, and it’s actually worth switching your mining power for the week. (Or at least for today.)

Normally I won’t switch my power for a double reward week because the number of players and the power of each player dedicated to the highlighted coin makes it so that the reward is split so many ways that the other coins (especially RLT) are more profitable during that week than the coin that is doubled.

A few weeks ago I wrote up my basic-math analysis of my reasoning, and though I haven’t been publishing an updated version each week (like I did the first week) I have been using the spreadsheet I created for that post to (loosely) guide my application of power. So far I have been all-RLT all the time, as I strive to accumulate  enough to grab myself a loot crate during this event.

This week is different. This week the stars have aligned in a certain way, and it really is (currently) more prudent to jump on the double-reward bandwagon (at least until too many people do).

What is Double RollerCoin Rewards?

Every week (since they started running Seasonal events) the admins of the mining simulation game RollerCoin choose one of the currencies you can enslave your hamster to “mine” on their site, and offer 2x (or more) the “block reward” for that coin.

Blocks are “mined” every ten minutes, and each player’s personal reward is based on how much of that coin’s “network power” they are contributing. These numbers fluctuate as people play games to earn power, their game-power expires (on a rolling basis), or they rebalance their power from one coin to another.

Why is this week’s double special?

This week’s double-reward coin is Ether (ETH). The per-block reward for the network is now 0.01ETH instead of 0.005ETH.

At the time of this writing, a single ETH can be bought/sold for 0.07159BTC, or ~$4500USD, making 1% of an ETH (the 0.01 block reward) worth about $45. Since the cost of ETH has been on an upward trajectory lately, the value of each block with the same number of Ether Gwei (or “ethertoshis”) will be higher than it would have been previously. 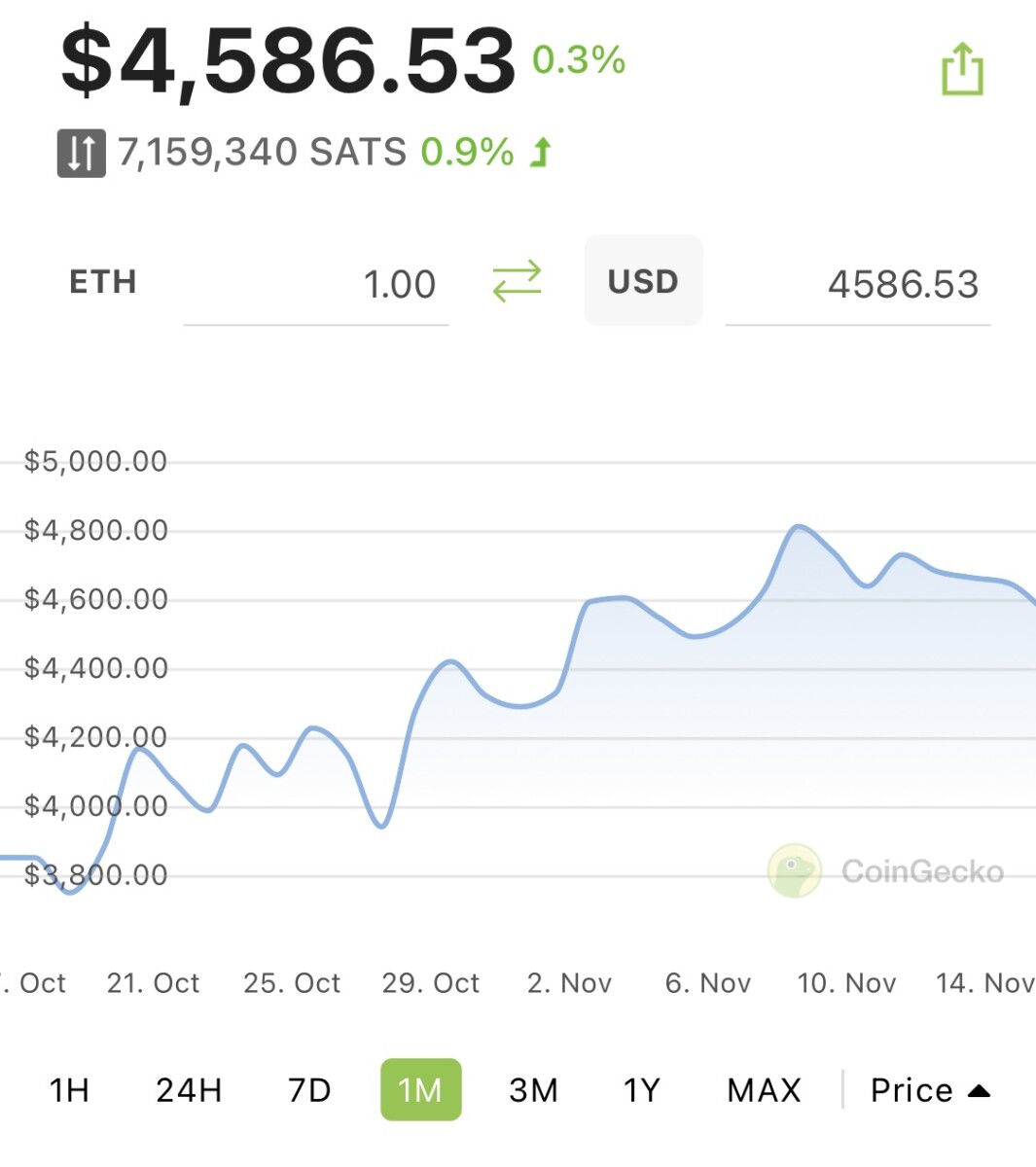 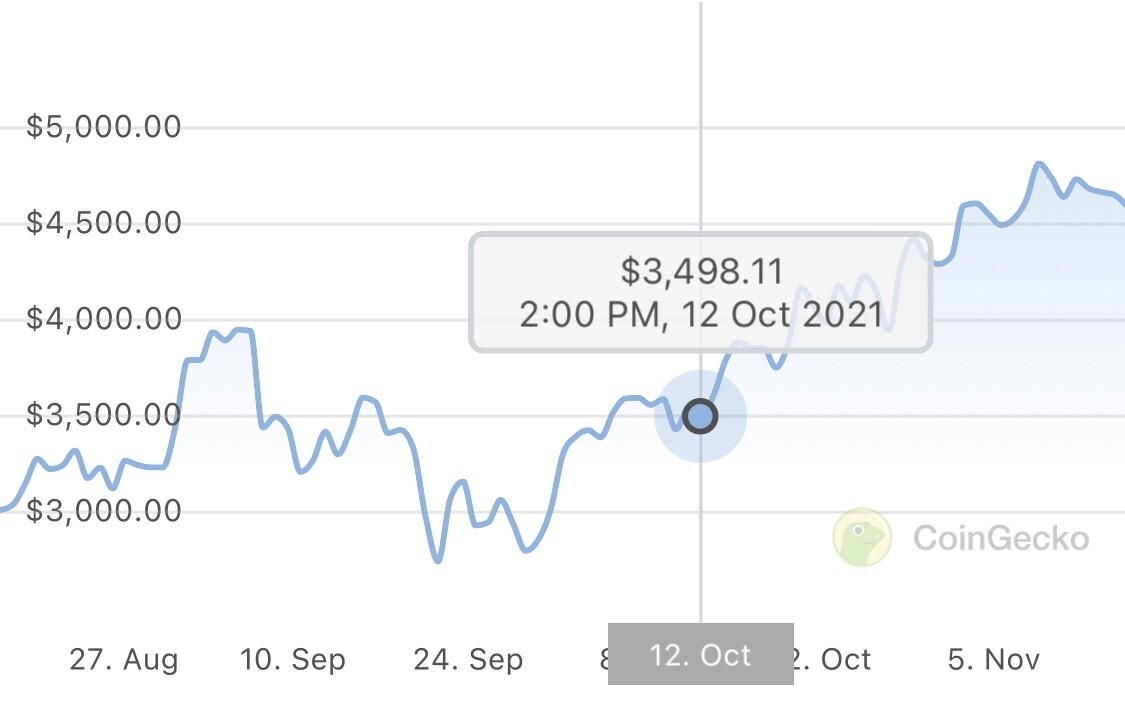 So even though the number of ethertoshis has only been doubled, the value of the reward this week is about 3x what it was a month ago.

What about the influx of other miners?

Rightfully remembered, the reward each player receives is also dependent on what percentage of the coin’s network power they are providing. 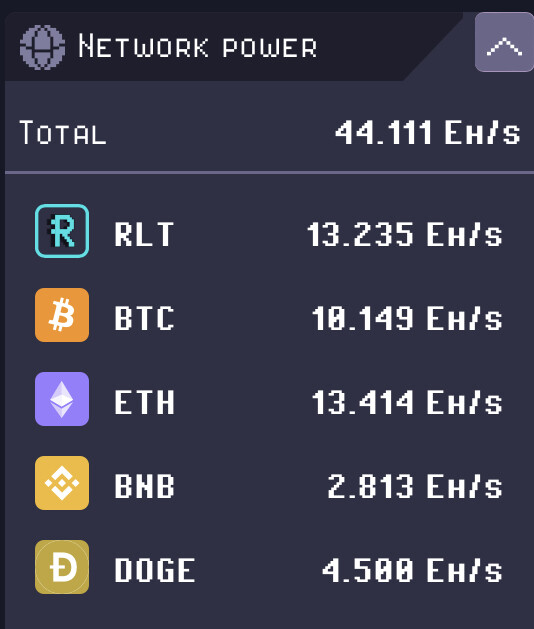 So for every 500th/s a player contributes to ETH mining right now, they’ll receive 0.001621RLT every ten minutes.

How does this compare to the other coins?

I probably don’t have to tell you which is the biggest number here.

Is There a Caveat?

Yeah, these numbers fluctuate, so this is only valid for a limited time. Even by telling you about it, I’m shooting myself in the foot— when you add your power to the total network power for ETH, I’ll get a smaller percentage of the block rewards.

Interestingly, the total network power now (~44eh/s) is not so very much lower than it was a month ago (~48eh/s). Though they have vowed to remove all the spammy bot accounts, and removed the power earned for not winning the games, there isn’t too much of a difference here. I wonder how many of the 1.8 million players are active, and how many have higher regular power due to miners (and how much higher).

If you’re not already getting paid in crypto for your casual gaming habits, you can grab a quick 1000 sats by using my link to join RollerCoin. Adopt your own Mr. Goxx and get that wheel rolling!