In one of those “finish the story” contests where I participated was chosen an excerpt from Phillip Dick's novel was chosen as the starting prompt. Thus the story that you are about to read is my attempt to wrap my own story around this excerpt.

In the excerpt, Dick writes about adventures who, moved by some innate urge, strive to go to outer space, open new planets, and contact other civilizations. Then he makes a parallel of such adventurers with nomads, stating that this innate desire to travel is inherited by those adventurers from their nomadic ancestors. The connection that sounded to me as quite a flimsy one as I am well acquainted with nomads from Russian history.

So my story will discuss one of the typical nomads by the name of Mongolian khan Mamai, who is familiar to all the Russians since elementary school as he was the high profile enemy leader involved in the famous battle of the 14th century called "the Battle at Kulikov Field."

The story would go over Mamai's personality and his actions in great detail and, at times, might seem quite dense. “So what does he write there?” Dr. Stanis Murin removed glasses and wiped eyes tired of many hours of writing reports.

“Something about space flights, nomads, weightlessness, and noble impulses. I did not get a good grasp of it.”

“Interesting … let me look at his notebook. Peter.”

The nurse gave the doctor the notebook. Dr. Murin opened the notebook and raised his eyes to the nurse.

"But there's only one page here. And where are all the other pages?”

He must have torn the remaining pages out. I don't know where they are.

"Perplexed, the doctor shook his head. All right, Peter, you may go. Although, wait. How did he behave when you took his notebook?”

“He looked at me as the last,” the nurse was looking for the right word, “like at an enemy like I am the worst asshole.” The doctor nodded, opened the notebook again, and started to read.

For the first time in his life, he found himself leaving Earth. Journeying out into space, between planets. Free of gravity. The greatest tie had ceased to hold him. The fundamental force that kept the universe of matter behaving as it did. The Heisenberg Unified Field Theory had connected all energy, all phenomena into a single experience. Now, as his ship left Earth, he passed from that experience to another, the experience of pure freedom. It answered, for him, a need that he had never been aware of. A deep restless yearning under the surface, always there in him, throughout his life, but not articulated. The need to travel on. To migrate.

The doctor tore his eyes off the notebook

"Oh, so he wants to go into outer space?”

"Yeah, and he explains it down below. He is a descendant of nomads.”

“Really?” The Doctor put his eyes down to the notebook again.

His ancestors had migrated. They had appeared, nomads, not farmers but food-gatherers, entering the West from Asia. When they had reached the Mediterranean they had settled down because they had reached the edge of the world; there was no place left to go. And then later, hundreds of years later, reports had arrived that other places existed. Lands beyond the sea. They had never gotten out onto the sea much, except perhaps for their abortive migration to North Africa. That migration out onto the water in boats was a terrifying thing for them. They had no idea where they were going, but after a while, they had made that migration, from one continent to another. And that held them for a time because again they had reached the edge of the world.

Hm … what kind of people is he talking about? Those that couldn’t reach North Africa? Mongols? Does he mean the Mediterranean Sea? Why do they have to reach North Africa by sea? Isn’t it much easier for their horsemen to cross the Arabian Peninsula by land through the Middle East? Or through Gibraltar, it’s even easier. It’s just next to North Africa. Then boat crossing? Where to America? Is he calling Columbus’ "Santa Maria" a boat as well as calling Columbus a nomad?

Well, for example, Mamai, that I understand. He was a true nomad. But the goals of his voyage from Crimea were completely different. He wasn’t trying to reach the End of the World.

The last sentence the doctor already mumbled to himself as he was lost in thoughts, and again sunk his nose into a notebook.

No migration had ever been like this. For any species, any race. From one planet to another. How could it be surpassed? They made now, in these ships, the final leap. Every variety of life made its migration, traveled on. It was a universal need, a universal experience. But these people had found the ultimate stage, and as far as they knew, no other species or race had found that. It had nothing to do with minerals, resources, scientific measurement. Nor even exploration and profit. Those were excuses. The actual reason lay outside their conscious minds. If he were required to, he could not formulate the need, even as he experienced it fully. No one could. An instinct, the most primitive drive, as well as the most noble and complex. It was both at once.

“Noble and complex? Who Mamai? Hm...,” absorbed by thoughts, for a second, the doctor forgot about the presence of the nurse. 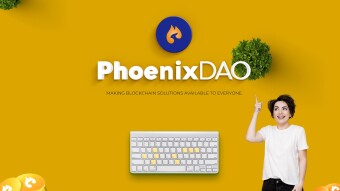 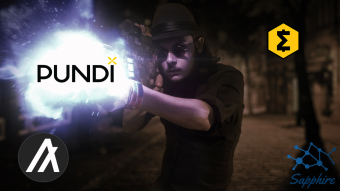