The Adventures of making a Crypto Tipping Discord Bot
MyCryptoOutlook2022 BitYard Contest and Giveaway - $1,200 in ETH Prizes! >> JOIN FROM HERE << 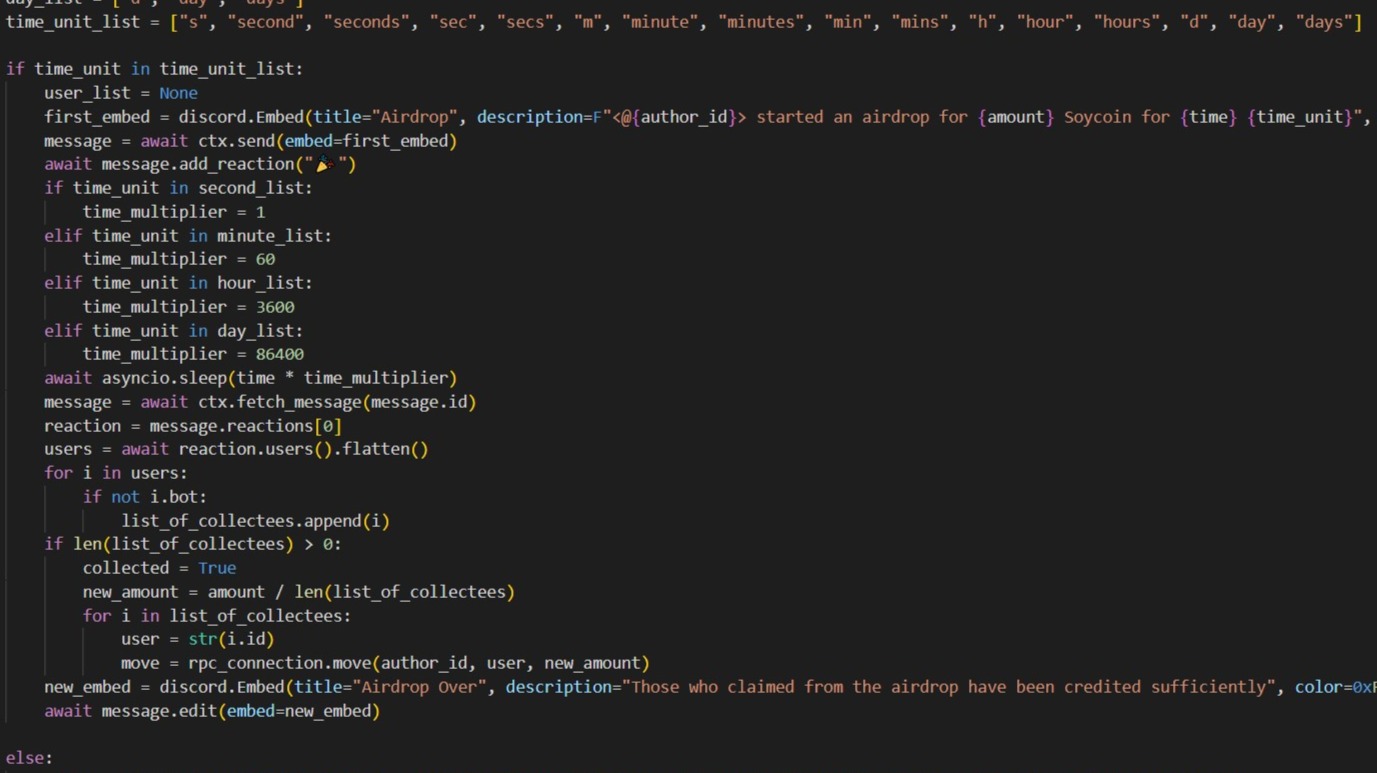 The Adventures of making a Crypto Tipping Discord Bot

I was bored one day, so I asked my discord friends what kind of Discord Bot I should code. One of them was at the time developing a coin (and still is), so he asked me to make a tip bot for it. I thought that this was a great idea and that I could learn a lot. Spoiler: I did learn a LOT. But it was not a straightforward task. I had no idea where to start. I watched no tutorials at all. I wanted it to be entirely my own, at least conceptually. I thought that a database may work, so I set upon making a bot that uses a database for holding the balances. The functions themselves took some trial and error, but they didn't take too long. About a week or so of troubleshooting and fixing obscure errors later, I had a working but that you could use for tipping this currency. But it had one major problem: you couldn't deposit or withdraw it. Now keep in mind that this coin isn't released yet, but it isn't too much of an issue as I can test with other coins. For depositing and withdrawing, I needed to use RPC. Now, I am a noob, but RPC wasn't too bad, but it did pose a problem. I couldn't use the database anymore :(. This is good in the sense that I can withdraw and deposit now, but I can no longer have instant transactions, and it costs me money to keep the bot feeless. These are my adventures so far, and I can only conclude that a hybrid database + RPC would be best. If anyone has any ideas on how to implement a way for me to update the database on withdraw and deposit? I am using Python and Discord.py. Thanks for reading :)

This is my blog. Don't know how you found it.