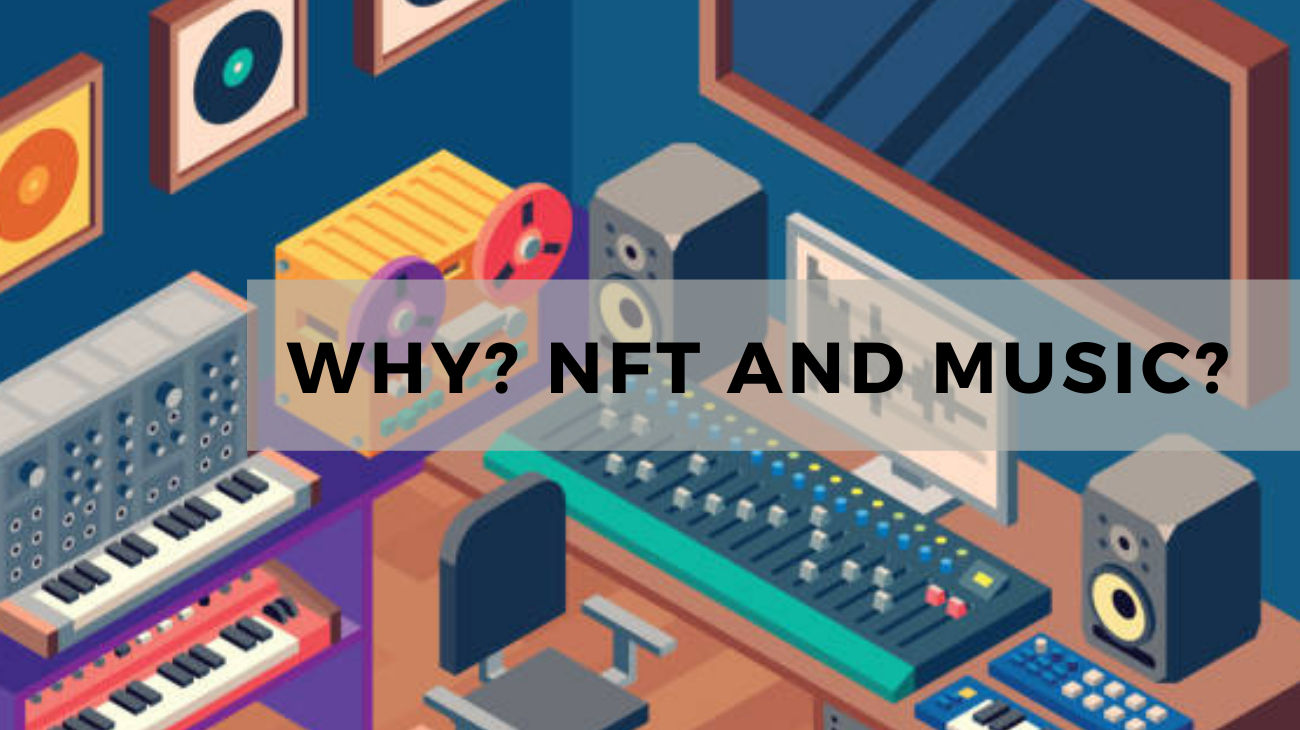 NFT and Music: is there anything in common?

Read on to get a perspective about the new possibilities of digital art in the music industry. Understand the strong union of music, art, technology and non-fungible tokens.

Firstly, music is increasingly open to new technologies, an example of which is the Mycelia blockchain music project, designed by artist Imogen Heap in order to connect artists with common purposes. After the big boom in computing, electronics, decentralized finance and blockchain, music artists began to use technology constantly to obtain the different nuances in their sound creations.

Therefore, NFT makes total sense for artists who want to differentiate themselves from the majority and immerse themselves in something disruptive provided by cryptocurrency and blockchain cryptography. They realize that it has an intangible and immeasurable value in the feeling of exclusivity, security and trust in the face of the originality of the work.

In modern electronic music, some presentations and media materials by artists such as Imogen Heap, Deadmau5 and Mandragora, for example, are completely technological and reflect a cyberpunk and psychedelic reality.

Clearly, electronic music lovers and creators believe in the union of two universes that have a lot in common - music and technology. Therefore, the music will certainly be even more authentic, with a digital signature that identifies the owner and his legal and copyright rights.

Mainly, non-fungible tokens (NFTs) contribute immensely to a new reality in the music industry, in the age of networks, united with digital art and smart contracts registered in blockchain.

The culture of the Digital Age

The advent of information has given rise to many social groups, for example: clubbers, nerds, geeks, goths, punks, cyberpunks, among others. In this way, society was shaping itself according to its own time.

In this way, the culture of the digital age has improved and grown with the popularity of the internet (in the mid-90s and 2000s) and broadband connections after a while. After the creation of the World Wide Web protocol by Tim Berners-Lee, online communication has become something that has taken on giant proportions. Thus, the minds expanded to an immensity of information with a few clicks.

Consequently, other new social groups began to form in the metropolises - metalheads, geeks and nerds, for example - in the main urban centers of the world, such as London, New York, Tokyo, Berlin, Amsterdam, among others.

For a long time, influenced by the social anxieties of that time, electronics professionals and passionate about the freedom provided by computers and technological advances began to see that a culture was being created after the popularity of the new industry.

We can start by citing some examples of artists who rely on NFT's platforms and blockchain technology to monetize their creations and projects. Ramon Ibanga, known as Illmind is a successful producer who produced songs by Kany West, Dr. Dre and 50 Cent. The producer certainly influenced his friends.

50 Cent, for example, came to accept Bitcoin as payment on the album Animal Ambition won a hefty sum in 2014 and was the first rapper to use cryptocurrency. In 2018, the artist's Bitcoin fortune was worth US$8 million.

We have another example, the singer and rapper Akon, who is involved in the creation of AkonCity in Africa and its own cryptocurrency, Akoin (AKN). A fantastic initiative by the artist to bring innovation to the African people. Clearly, we can see that technological advances are adding many positive things to society in general. 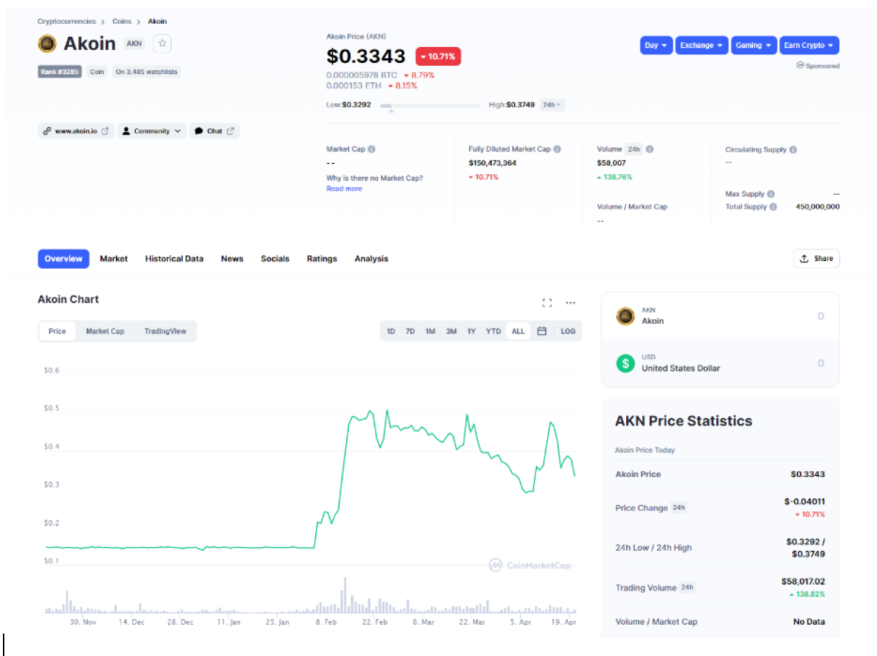 Photo of Akon and in the background the AkonCity three-dimensional illustration project. 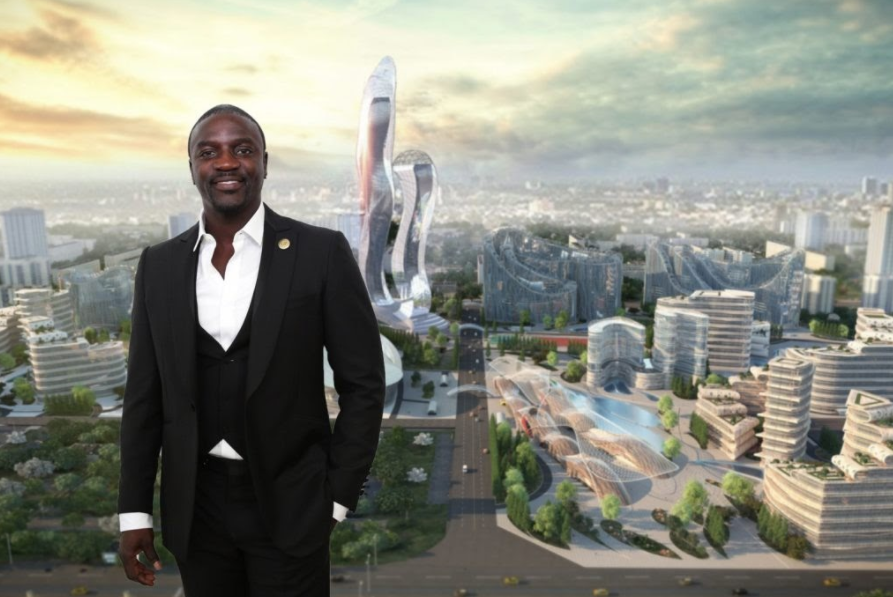 Another example, we can mention the artist known as: Mandragora, music producer and Mexican DJ of future prog (as he says), follows a futuristic and differentiated line in electronic music. Mandragora, has very striking compositions that shake the tracks of festivals around the world. In March 2021, the artist released his NFT called Gaiiola.NFT on the Rarible platform.

Independent artist and music producer Felipe Leal, the guy behind the authorial project Poliwog Live, said: "Art is meant to be free and unique, it helps the scene and collaborates with the ecosystem. Electronic music and NFT's make total sense to our current reality." 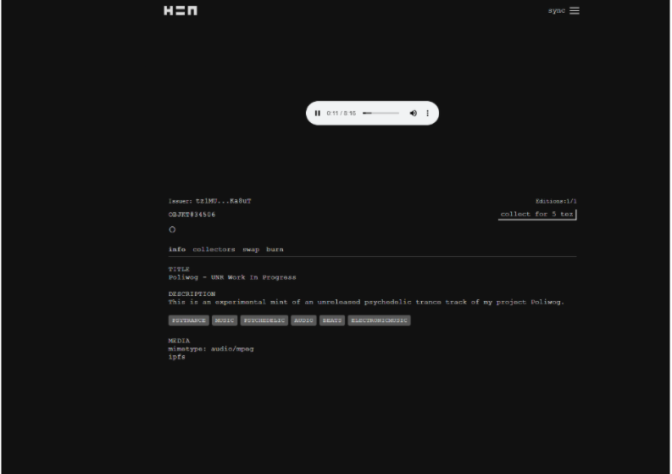 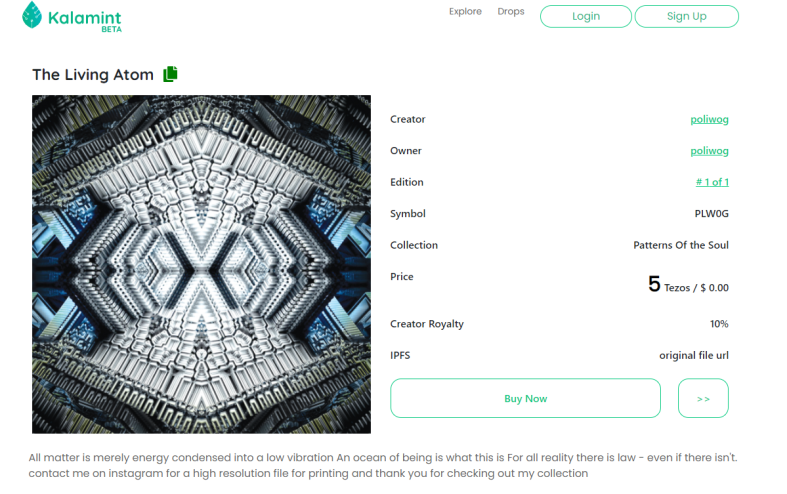 The Brazilian psychedelic electronic music project Poliwog is launching its unique creations in art, audio and video on the blockchain and can be seen here. You will discover many interesting things in the world of crypto psychedelic art. 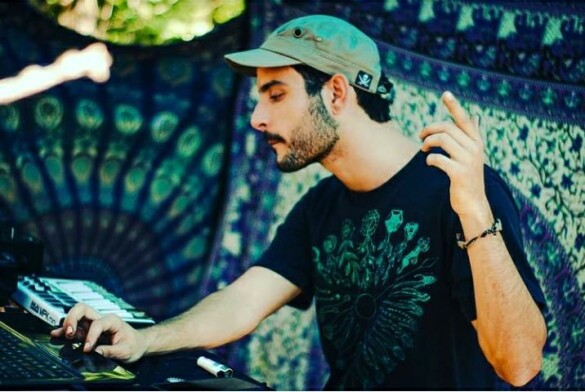 Deadmau5, designed by Joel Zimmerman, Canadian music producer and businessman known mainly for his progressive house compositions. He has received 6 Grammy awards in the course of his artistic career.

He recently partnered with illustrator Mad Dog Jones and launched an exclusive art for his fans, registered on the Nifty Gateway platform that uses smart contracts on the Ethereum blockchain. In December 2020, Deadmau5 sold a portion of its NFT collection, RAREZ, for 78 ETH (about $ 142,275.12 at the March 19, 2021 quotation) on SuperRare. 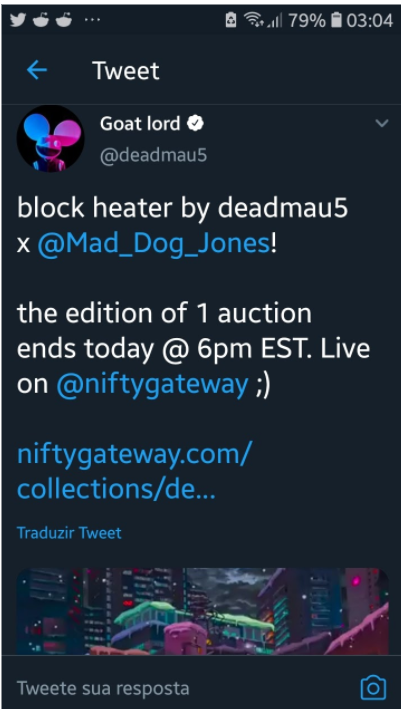 Imogen Heap, she is a British singer and songwriter, creator of the blockchain music ecosystem called Mycelia. She created an ecosystem so that all artists can improve themselves even more in music and make connections, it is worth checking out the project.

In addition, the band Kings of Leon released the first blockchain-registered rock album. You can purchase the album by clicking here to check the limited editions of YellowHeart.

The way we value things has changed, our relationship with finance is more based on numbers on the screen and personal vanities are constants. In this way, we must make everyone understand more and more that decentralization is positive for the freedom of everyone.

After all, society is more open to new opportunities for entrepreneurship and freedom in life and business. For this reason, art in music in tune with technology makes total sense, we can also mention the work of the Brazilian digital artist Uno de Oliveira. He also has a YouTube channel on cryptoart (in Portuguese).

Economic crises potentiate new ideas and possible opportunities, this happens at various moments in human history. Thus, we can understand the reason that may have driven the rise of digital art and NFT's. Artists, creators and enthusiasts began to envision a new payment proposal for independent producers in the digital age. In this way, the free market grows and the future becomes more decentralized.

The tribes of electronic music

We can analyze that the tribes are completely connected. Electronic music became popular in the 80s and 90s, and in the same period microcomputer technology was developing at a rapid pace. Therefore, we have a clear perception that the two worlds were very influenced by the boom of the information age. 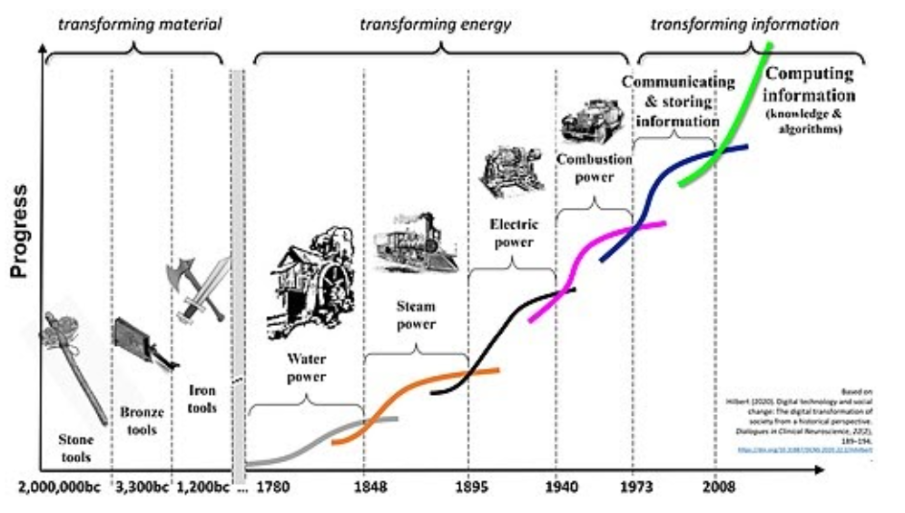 Social groups of the digital age are very similar but with simple details and believe that it is possible to improve society with the conscious use of technology in favor of a more egalitarian, prosperous and sustainable society. Thus, we see a greater adoption of technology over time, one of the reasons for the adoption curve to follow a life cycle.

The evolution of electronic music

In electronic music, for example, its productions and styles have been improving over time, we can see that it has been adapting all day, finding constant diversifications. Electronic devices for example, that create digital music, have evolved a lot in recent times. You can see some examples in the images below. 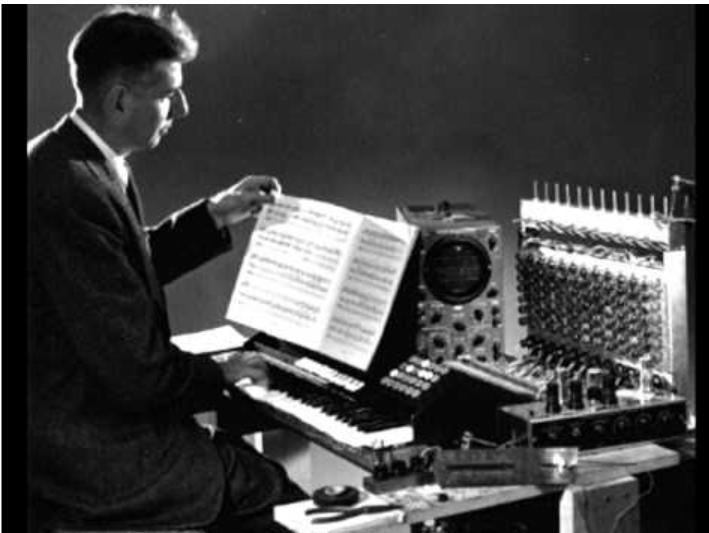 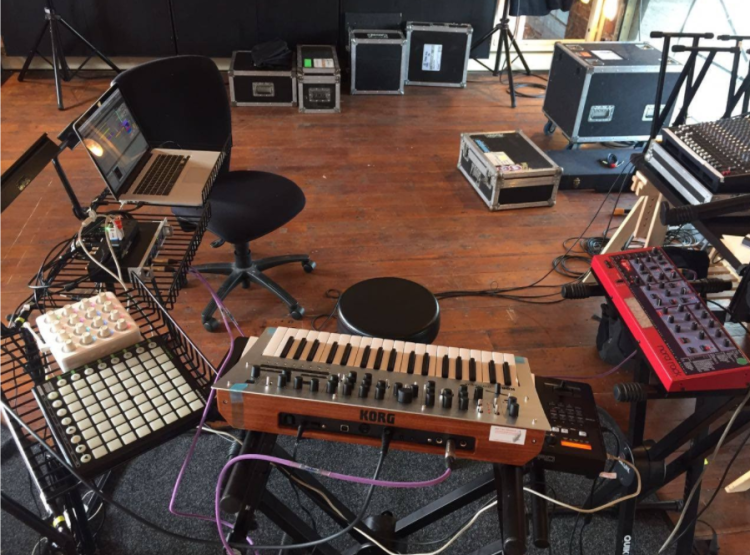 What do NFT and digital music have in common?

We can conclude that blockchain technology and all its disruptive potential has contributed a lot to the evolution of various industries. NFT and music are completely connected, so it continue to build a memorable journey in history. We will definitely see many more positive advances in the years to come.

Non-fungible tokens (NFTs) are very attractive due to their exclusivity and decentralized smart contract capability. Thus, the use of technology can compensate artists for the sales and royalties of their digital product. Art is renewed and so is technology, keep an eye on the news.

I promise that I will always prepare relevant content!

Thanks for your time and attention. 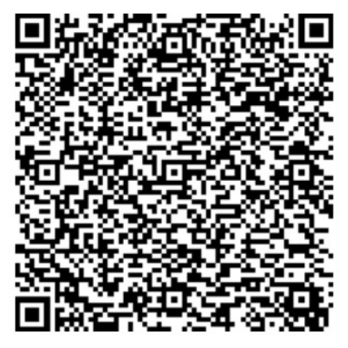