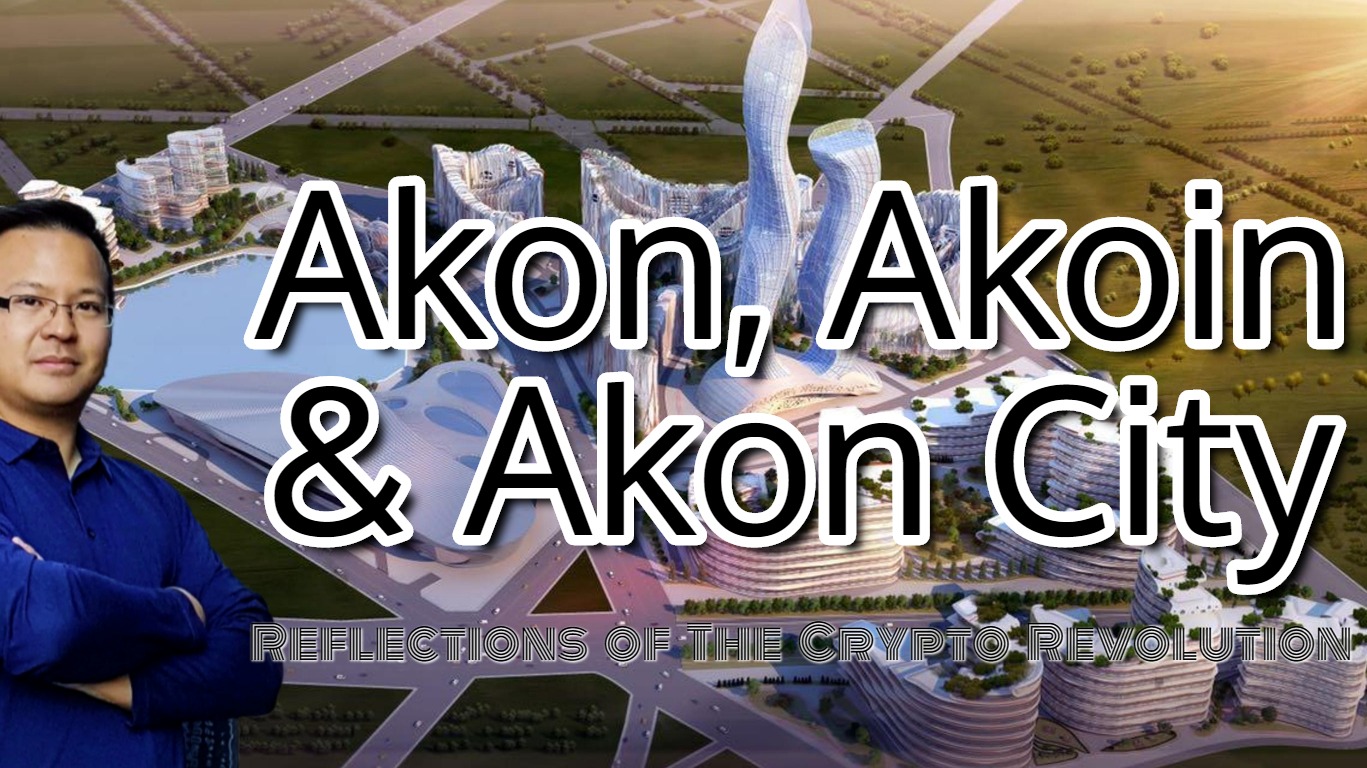 By deardanielim | Reflections of The Crypto Revolution | 21 Aug 2020

Last night, after reading an article with this amazing title: $6 Billion Akon City Underway: Akon Says Cryptocurrency Will Empower Africans (https://news.bitcoin.com/6-billion-akon-city-akoin-cryptocurrency-empower-africans/), I reached out to some of my African friends, who actually live in Africa, the world's second-largest and second-most populous continent, after Asia. It was daytime there and some were quick to respond. 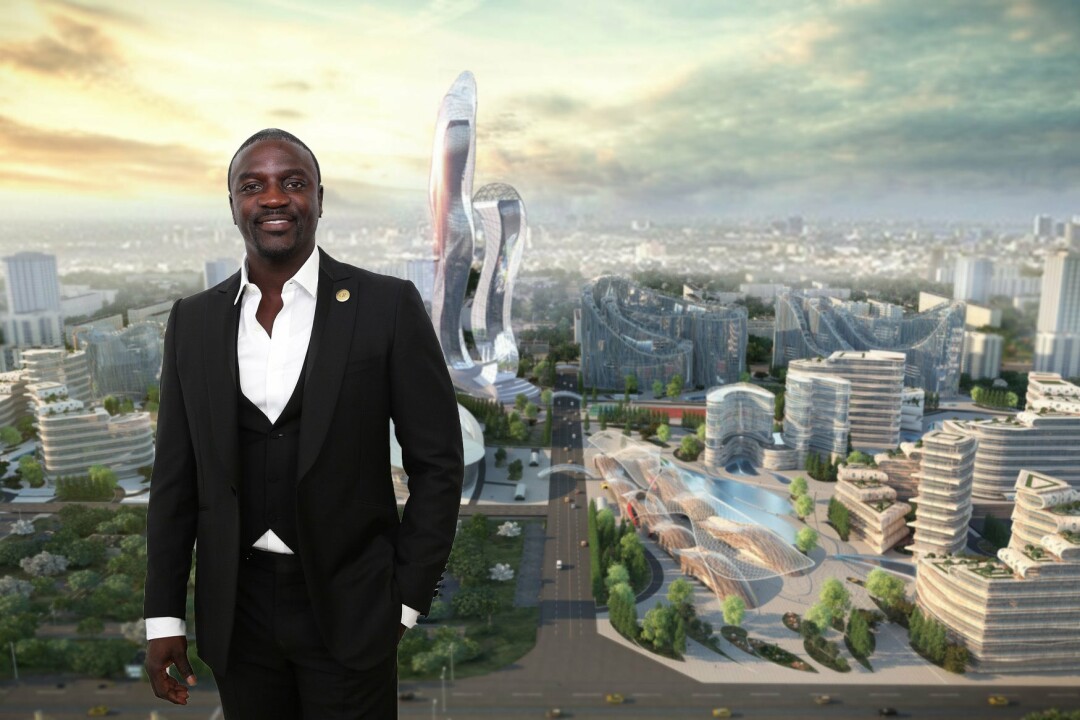 Recently news of this $6 Billion Akon City has been popping up on my newsfeeds and even Forbes picked up the story. (https://www.forbes.com/sites/korihale/2020/08/18/akon-is-ready-to-build-a-6-billion-cryptocurrency-city/) 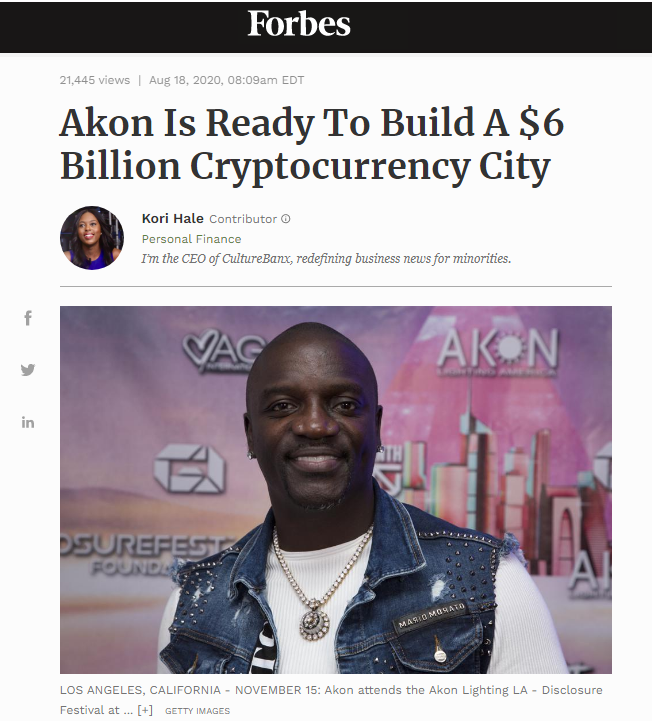 So I decided to start doing some research, fact checking and DD (Due Diligence) on Akon, Akon City & Akoin (Cryptocurrency).

First, let's get a few confusing names & terms out of the way!

Akon City is not to be confused with the 2017 movie, Valerian and the City of a Thousand Planets. For some reason that movie came up when I was doing searches for Akon City. 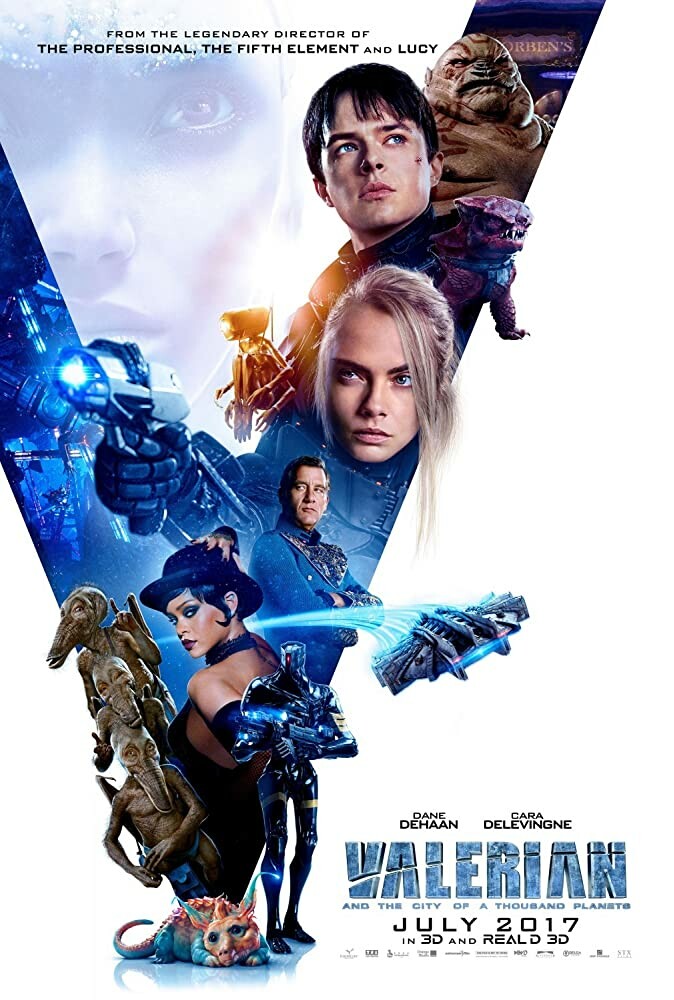 Akon, is his name and not to be confused with Acon or A-Kon, which may sound the same. His full name is Aliaume Damala Badara Akon Thiam, but he is best known as AKON. 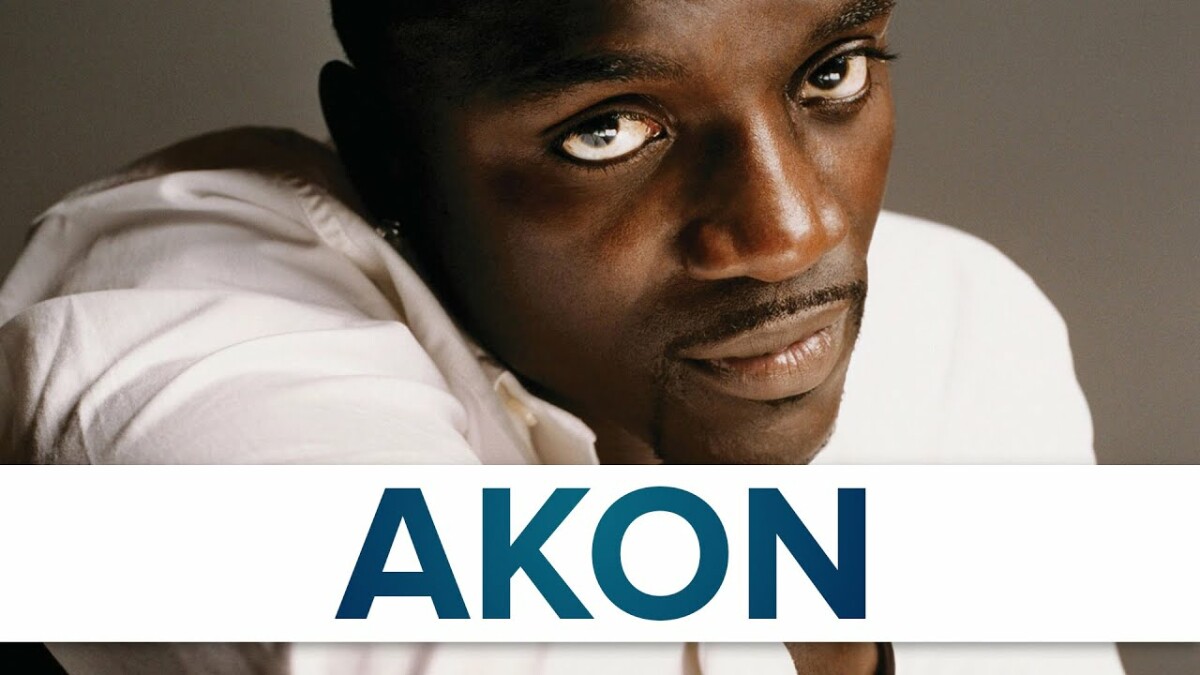 Akon is a Senegalese American singer, songwriter and record producer. He lived in Senegal, West Africa, as a child and attended high school in the United States.

What is Akon City?

Akon City, a “futuristic cryptocurrency themed city” founded by famous singer Akon, is ready to begin construction, with a plan to use the akoin cryptocurrency exclusively. Phase one of Akon City's construction will include roads, a hospital, a mall, hotels, and a school.

Back in 2018, Akon announced he was working with the Senegalese government to build a tourist-city with a cryptocurrency-based economy named Akon City! (Wiki: https://en.wikipedia.org/wiki/Akon)

The city is five minutes away from the Senegal International Airport. [54]

"In June 2020 it was announced that the engineering and consulting firm KE International (the same firm responsible for building MMTC) had been awarded a $6 billion contract to build the city." (https://www.prweb.com/releases/ke_international_awarded_us_6_billion_construction_contract_for_akon_city_senegal/prweb17165260.htm)

"Phase 1 of construction, which is to be completed in 2023, is to include roads, a hospital, residences, hotels, a police station, a waste facility, a school, and a solar power plant." (https://www.afrik21.africa/en/senegal-after-mwale-ke-international-will-build-akon-city-for-6-billion/)

I've included excerpts of Wikipedia here, to spare you the trouble of going to Wikipedia, and in case a Wikipedia contributor decides to change, update or modify the current entry on the online encyclopedia Wikipedia.

Now, let me share the sentiments of my African friends, who actually live in Africa.

They see Akon as an upstart. And businessmen there don't like him very much.

Mainly because many of them see him as a liar and someone who works only for his own benefit.

So, even if the cryptocurrency will become in vogue, they doubt it will be applicable to most of the people in Africa, since there is little knowledge and according to them, only 5% of the population would benefit from it, as in their country, 80% are actually illiterate!

Personally, I found that to be a little too high, so I looked for some stats to back up that claim and stumbled upon this to shed some light on the Literacy rate percentage of adults & people (ages 15 and above) in Sub-Saharan Africa. (https://data.worldbank.org/indicator/SE.ADT.LITR.ZS?locations=ZG-1W-Z4-8S-Z7-ZJ)

Here is another fascinating website with more data about this problem. https://ourworldindata.org/literacy

Above: Global share of adults (aged 15+ years) defined as literate.

What is the average literacy rate in Africa?

65 % is a more reasonable number, tho still very high, IMHO.

While, I was unable to find a more solid numbers and proof of higher literacy rates despite looking at these 2 other websites for more current stats.:

Which got me thinking, what are the main causes of illiteracy? And is Cryptocurrency and Blockchain Technology, viable and realistic solutions for such an enormous problem as local and global illiteracy!

FYI, literacy is often understood as the ability to read, write and even use numbers in both writing and comprehension with an understanding of what is read and written

Possible reasons specific to Africa are child labor, uneducated parents, resulting in greater poverty, their corrupt governments and a host of other social and economic variables. In particular, female illiteracy rates are particularly high in Sub-Saharan Africa.

It is important to take a holistic view of the core issues and not rush to the conclusion that Cryptocurrency & Blockchain Technology are the solution for everything, since what is needed is not a quick band-aid fix, but a long term solution.

Many view it as “his city” and it’s clearly right there in the name.

Calling it Akon’s City would be an understatement.

Back to my African friends, I had asked, what they thought. They expressed concern over Akon City, especially if this new city would server the rich or poor alike. If it would be concerned with only the rich, then the poor believe that they will have no place in his (Akon) city and currently,nothing has yet been done nor ready for this city.

The poor will become poorer while the rich become richer; another tale as old as time.

As I wrap up, I wish to share that I did notice the doubt, fear and distrust towards Akon may be justified as he had encountered some legal difficulties, along his way. Everyone has a past and but he has turned his life around.

Feel free to learn more about his legal difficulties, on your own by doing a quick search online, since we will not be exploring that in this post. (I recommend using Presearch: https://mub.me/presearch)

They're building a next-generation search engine, powered by the community. See what they've created so far. (https://mub.me/presearch)

Finally, I wish to end off on a high note and say that it appears that Akon doing a part for Africa, with his Lighting Africa/Nigeria Initiative, Tackling Energy Poverty At Its Source: https://www.lightingafrica.org/lighting-africa-nigeria-tackling-energy-poverty-at-its-source/

Even if what he does is done selfishly, or for personal gain, perhaps this Akon City and his Cryptocurrency Akoin could be a step in the right direction!

As most of us in the Blockchain & Crypto. Community are eternal optimists, let’s wait and see if this Akon city and his Akoin Cryptocurrency vision will bear any fruit.

I would love to see it fulfilled, as it would be greater than when we heard that China wants Hong Kong to be the first city to use China's digital currency.

To learn more about Akon, check out this video: 'America was never built for black people' (https://www.aljazeera.com/programmes/talktojazeera/2015/01/akon-america-built-black-people-150123151008241.html)

In conclusion, it was a happy surprise to discover that Michael Jackson had a Duet with Akon!

You will find a link include to the video: Michael Jackson - Hold My Hand (Duet with Akon) (Official Video) ft. Akon below.

Hope you enjoy reading this, I am aware this is rather long. I am new here and getting my feet wet by jumping into the deep end. I'll improve soon enough. Thanks for reading all the way to the end! I really appreciate it! @deardanielim

Reflections of The Crypto Revolution

Here, I shall share my reflections of the Crypto & BlockChain Revolution from my perspective. What I have learnt, the mistakes I've made. Along the way, we will discover and explore Blockchain Technology, Crypto-Related News, Tips, & Life Hacks! Join us on this amazing journey of optimistic Future-Obsessed Nerds!