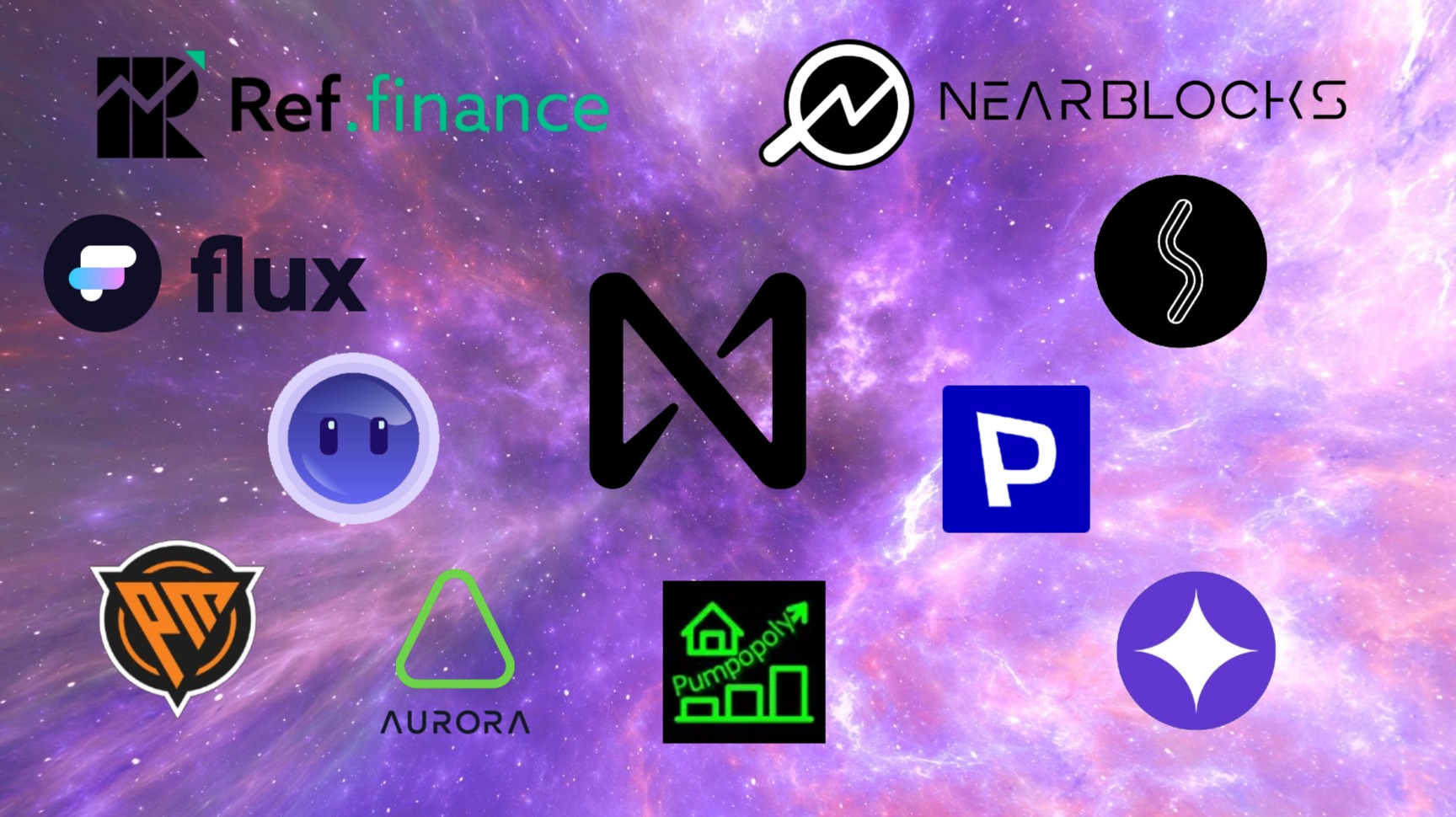 In this number of Decentralized Recommendations we bring you a list of the Top 10 projects in the NEAR blockchain.

NEAR is a collective, foundation, and development platform built on top of a layer 1 blockchain.

If you want to learn more about this protocol and in the process earn your first $NEAR, you can join the Learn Near Club.

To use all the applications that we will show you in the list, it is necessary to create an account in the NEAR protocol. 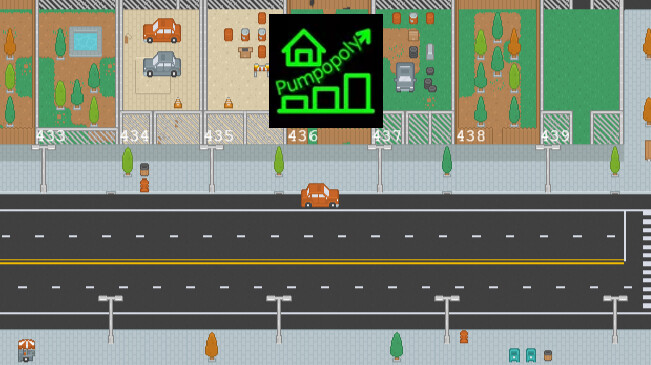 Pumpopoly is a virtual real estate simulator game. It can be played on all devices and is designed in pixel art on an animated HTML5 canvas.

The gameplay is simple. Players collect a salary from the treasury when moving on the map (Drive&Claim). Players who park on land owned by other players pay rent to the landlord (owner of the land). Parking is free at all city properties.

Its native token is $PUMPOPOLY.

Currently, the game offers 5 types of unique properties - minted on the NEAR blockchain, and unlocked as your credit score increases (which increases when you invite new players). There are 256 pixel art variations for each property type, with 1024 variations each, improving rental income as well.

The bulk of the community chats on Discord and giveaways are being made on Twitter.

Ref.finance is a multipurpose DeFi platform where you can trade coins from the NEAR ecosystem and other protocols; delegate (staking); create liquidity pairs and even learn about the risks of decentralized finance.

Ref takes advantage of NEAR's low fees, the finality of its transactions is one to two seconds, and it allows the implementation of smart contracts in the Rust programming language.

Its native token is $REF.

A code change recently went into effect and now users can add liquidity to the platform directly with the NEAR wallet.

Paras is a marketplace platform where you can create and trade digital collectibles - read NFTs.

It is built on top of NEAR and IPFS/Filecoin code, allowing digital files to be immutable and its proof-of-ownership recorded - for years to come - on the blockchain.

Creators can publish their art collections and generate income on NEAR. Do you like to create art? Cheer up! :)

Its native token is $PARAS.

Something that I liked in detail is that it has a section dedicated to Comics. Yes, NFT comics, illustrated from the heart of the community's creativity.

What is Near Blocks?

Near Blocks is a functional block explorer and analytics platform on the NEAR protocol.

By using it you can obtain the information contained into the blocks and in the transactions in detail. It also includes a section of graphs and statistics regarding the ecosystem and even an API of the price of NEAR in real time for free use.

Keep up to date with this service updates through Twitter.

NearPad is a launchpad for native projects from the NEAR ecosystem.

It also includes DEX functionality and soon - according to the official website - it will be a Yield Aggregator too.

Its native token is $PAD

Find out about new projects being launched by following Twitter. 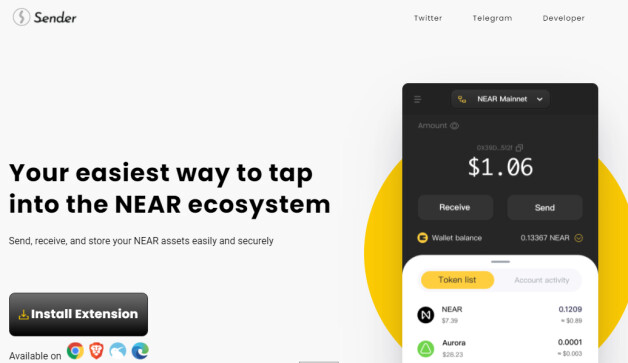 Sender is a NEAR wallet that works in a browser extension.

As advertised on its social media, its goal is to be a secure and seamless wallet for DeFi and NFT users who interact in the ecosystem.

It is interesting because it allows you to take your funds to any web page that has access to web3 implemented and, furthermore, it is compatible with the native tokens that we have showcased in this article. 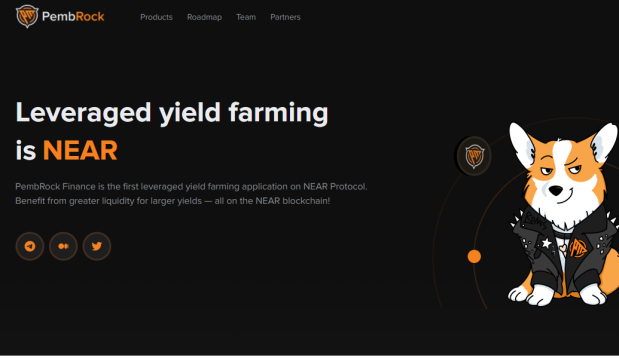 PembRock is a NEAR leveraged yield farming application.

It is currently in beta phase so its activities are limited to the test-net.

Its native token is $PEM.

It has a corgi wearing a jacket as a pet, what could possibly go wrong? 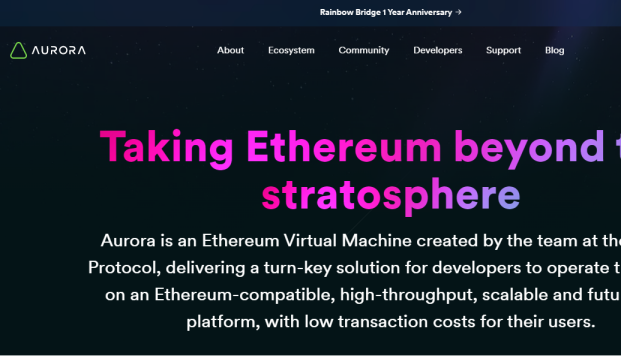 Aurora is an Ethereum Virtual Machine (EVM) hosted on the NEAR protocol that allows bridging between blockchain protocols. That is, it allows you to exchange native NEAR tokens against those of the Ethereum ecosystem and use the applications of both ecosystems.

It uses the Rainbow Bridge service to do the above.

Its native token is $AURORA. 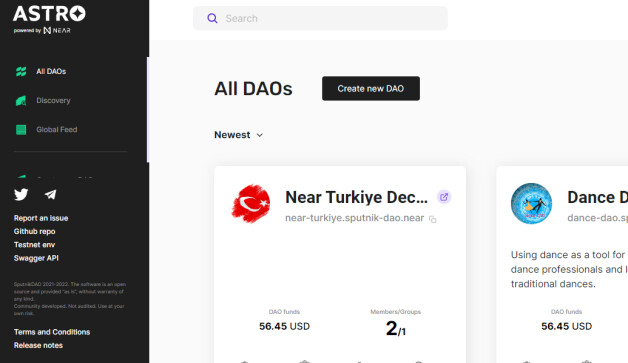 AstroDAO is a platform for launching Decentralized Autonomous Organizations (DAO). DAOs are self-organized groups that form up around common purposes. Membership, decision-making, and funding between its members is publicly coordinated on the blockchain.

In their social networks they offer - note - to create DAOs in less than 10 minutes and without writing a single line of code. 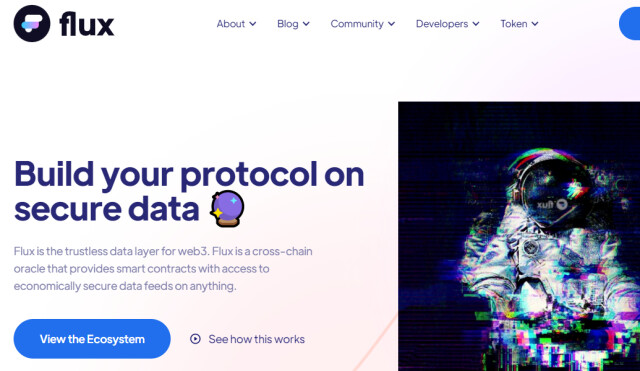 Flux is a blockchain oracle that provides smart contracts with access to economically secure data sources on anything like the price of an asset/token, the weather, among other factors that are used in decentralized applications.

Its native token is $FLX-

This ecosystem's vibrating. Please note that the order of the projects does not necessarily reflect their intrinsic value or potential. I have ordered them that way according to my opinion and the numbering of X or Y may change in the future. It will always be necessary to do your own research (DYOR) when investing or exploring into crypto projects.

It was one more for the sack, hoping that you liked the reading and the information is useful to you. Leave me a comment, a like and share it on your social networks. it helps, a lot.

Here are some reference links of projects that may interest you: