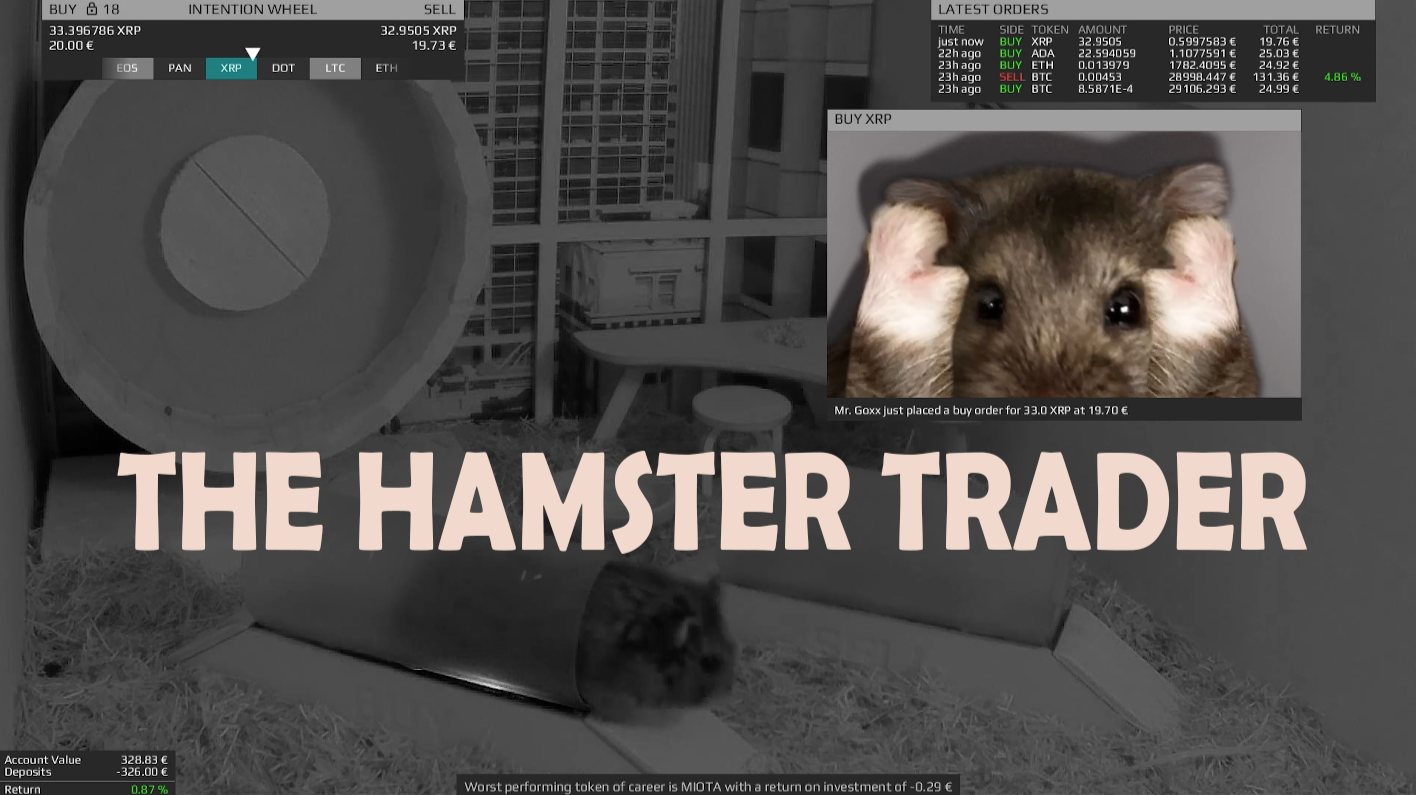 This is honestly one of the funniest things I've read in a while and I'm here to share it with y'all. So the title says the most important hilarious part but let's get into more of the details of how it actually happened. (Also, the hamster was called Mr.Goxx... not sure if this was a reference to Mt. Gox but could be). 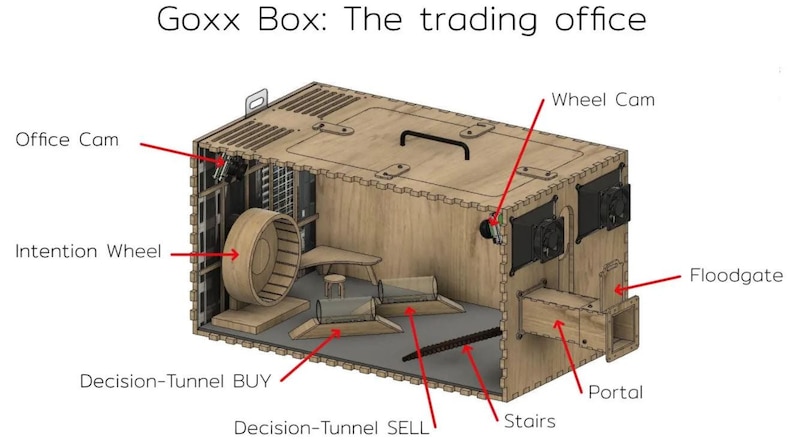 Here is the box itself. Quite a simple system when you look at it. 2 cameras, some movement options for the hamster and the buy and sell tunnels with a wheel right next to them. The decision happens when the hamster runs on the wheel, which determines which of the 30 handpicked cryptocurrencies will be traded, and than has to stroll through one of the two tunnels, determining whether to sell or buy. The hamster has also been livestreaming this since June 12th. The hamster also had the option to go into the Goxx Box whenever it wanted to, so there was no actual human interference when it came to the decisions... besides the 30 cryptocurrencies that had to be picked beforehand.

Its performance? +24% as of Friday. And as the title suggests, it outperformed bitcoin and the S&P 500 over this same period of time. It's top holdings as of right now are Tron, XRP, ADA and ETH. It started off with 390$ and the trades that it made were set to 20 EUR increments, since this test was done in Germany.

It's ATH was at +50% in mid-September when the portfolio was at 580$. And here is the chart comparing it to the market. 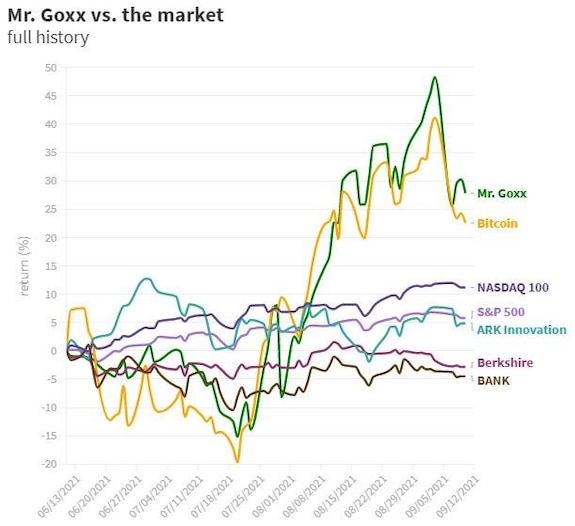 As you can imagine this is an absolute success for both the hamster and it's caretaker as well as the other partners in the experiment. This also shows us multiple things.

The first being that the idea that "a blind man throwing darts at a stock portfolio would perform as well as a professional" could quite possibly be true. The second being that Crypto is absolutely destroying the rest of the market in investment returns. Despite the obvious volatility that's seen in the charts, for anyone in it for longer than a few days it is well worth it. And for the people with plans of entry and more inventive ideas than just hodling, it could be even more lucrative.

Oh yea and obviously TRON was the reason it performed so well... most definitely!

Thanks for reading I hope you liked it! 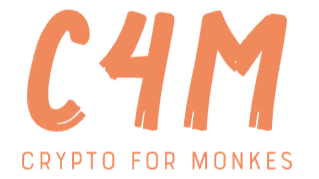