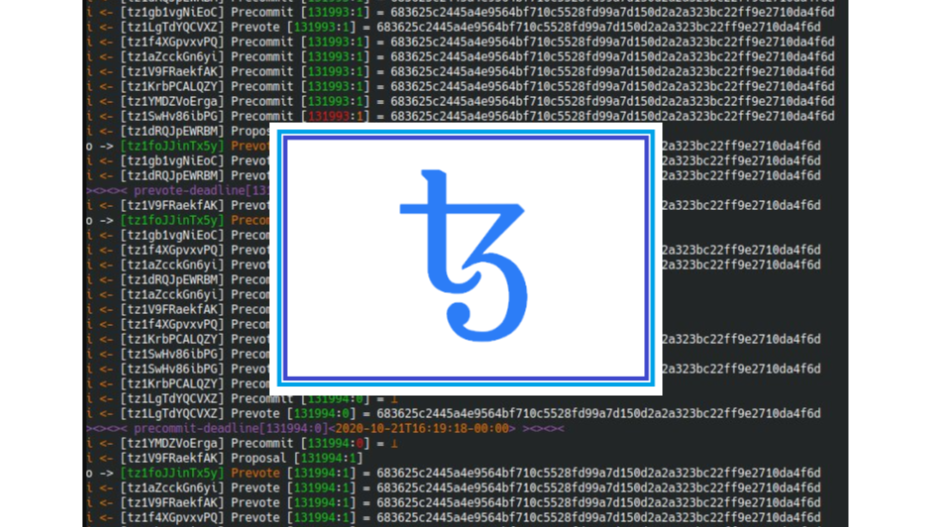 Tezos Tenderbake testnet is up, improving scalability and the amount of transactions per second

A few months ago there was an unofficial announcement made that Tenderbake testnet would be up before the end of the year. Wednesday, Arthur Breitman, one of the founders of Tezos, has released a screenshot of the Tenderbake testnet that is currently up and running on a small scale.
Tenderbake will introduce finality and scalability for Tezos consensus algorithm. Tenderbake is derived from Cosmos' Tendermint. But the protocol is not based on Tendermint software. It is a variation of Tendermint, so there are some crucial differences. One example being the fact that Cosmos has a limited amount of validators. Tezos wants to maintain a high level of decentralization and retains validator decentralization by picking random endorsers per block. So the endorsers per block are limited, but the composition varies every block.
You can read the latest version of the Tenderbake paper here. https://arxiv.org/pdf/2001.11965.pdf 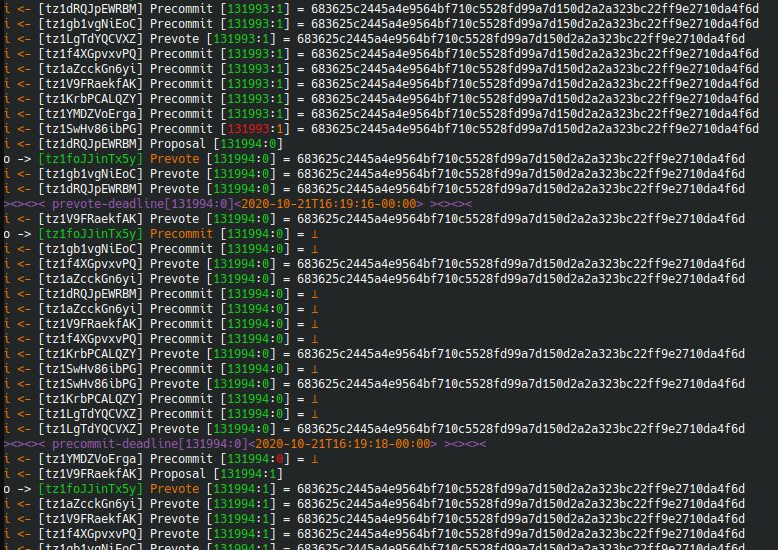 Finality
Finality in simple terms: A blockchain is a continuous chain of data blocks that are being validated by a decentralized network of computers. When two validators produce a block at the same time, both blocks cause a split (a fork) in the blockchain. Both blocks are being continued as two chains until the majority of validators follow one of both chains and the other chain dies out. Until clarity is reached which chain is the continuation of the blockchain, the blocks in both chains aren't final. If blocks are on the wrong side of the fork, they will eventually be revoked. Only once clarity is reached which chain wins and which chain dies out, finality is reached. Tenderbake will provide deterministic finality: as soon as a block is validated, it is never revoked. This results in better scalability and improved amount of transactions per second.

No harmful forks in Tezos
Don't confuse a temporary fork with a fork where part of the validators purposely split the chain due to a disagreement in governance. (A disagreement on what upgrade or changes do or do not need to be implemented, resulting in a Hard- or Soft fork.) Tezos protocol has mitigated that type of forks. You can read more about the details of that quality and why it is important here: Hard forks can be a risks for DeFI, NFT's and STO's. Here's how Tezos avoids this issue.

CEA LIST
Tenderbake is being developed by Nomadic Labs in collaboration with CEA-LIST.  They have been researching and developing Tenderbake since 2018, and CEA-LIST is an impressive partner. CEA-LIST is one of three specialized technological research institutes of CEA. CEA is a French Government funded research organisation with an annual budget of 4.7 billion Euros. (Credits to @The_H4LF_50UL) "Inspired by Tendermint, Tenderbake is a first exercise in experimenting with immediate finality in Tezos."

TPS
Currently an upgrade is in the process of being approved which already improves the amount of Transactions Per Second (tps). (See more about that below the Tezos governance header.) Tenderbake would improve the tps amount even more. Quite likely by a factor of two. However, Tenderbake is the basis for tps improvements towards a tps of a multiple 1,000. That does require more additional changes in the system though. Arthur Breitman explained:

To get this on L1 you need to touch the whole thing. I would say in order:
- Optimize Michelson interpreter (not necessary for vanilla txs)
- Parallel reads from the context tree and buffered writes
- Baking with validation of txs only but no execution (helps with all txs but only moderately so for vanilla txs)
- Parallel verification of signatures on other cores
- Bakers accepting transactions directly without relying on mempool propagation
- Various other optimizations inside the node

Tezos governance
Tezos is build to evolve and to enable the absorption of new developments in the blockchain space. Tezos governance model makes this evolution smooth, swift, decentralized and provable democratic: Tezos is built around an on- chain governance model where all holders of XTZ have voting rights. Currently, Tezos is in it's seventh voting cycle for another improvement. Three of those cycles resulted in an upgrade so far and this seventh cycle is in it's last phase and expected to be approved by the community within the next two weeks. This upgrade is called "Delphi" and contains several improvements that will result in better tps performance and gas improvements. This will enable more complex smart contracts on Tezos.
Some examples of improvements:
- A block may now include 3.5 times more simple tz* to tz* ops
- A block may now include 4 times more FA2 transfers
- A contract may perform 10 times more internal calls
- Tez burned to store data in the ledger’s state has been decreased by a factor of 4, going from 1 tez to 0.25 tez per kilobyte

The next upgrade after Delphi, should be the biggest upgrade so far and will include privacy features for Tezos. This upgrade has been running on a testnet for a couple of months now: "Dalphanet".
Since Tenderbake testnet has just been launched on small scale, an estimate on the implementation of this upgrade is hard to give.

Tezos has been showing its qualities lately. The last few years we have seen a continuous stream of protocol improvements, strengthening Tezos' name as advertised: "Built to last". We continue to see new projects emerge on a weekly basis. And all this shows on-chain in the form of a huge increase in on-chain activity. The amount of contract calls, which are a specific type of transactions that show smartcontract activity of live projects on Tezos' main net, showing 807% growth in August alone. October showed this growth was sustained and even increased slightly with another 10% growth. And this month looks like another great month, already showing 47% growth with six days left before the end of the month. All this progress is not reflected in the price at this moment, Tezos is obviously undervalued and all that is left is to regain a strong top-10, possibly top-5 position withing the next years. Although this is not financial advice, it's hard to ignore the signs. A truly decentralized blockchain with unique qualities like on-chain governance, swift evolution, institutional-grade smartcontracts, a working LPoS system that enables all users to enjoy stakingrewards without any obstructions, a Foundation with over half a billion dollar funds to spend and obvious signs of adoption and strong and continuous chain activity growth.