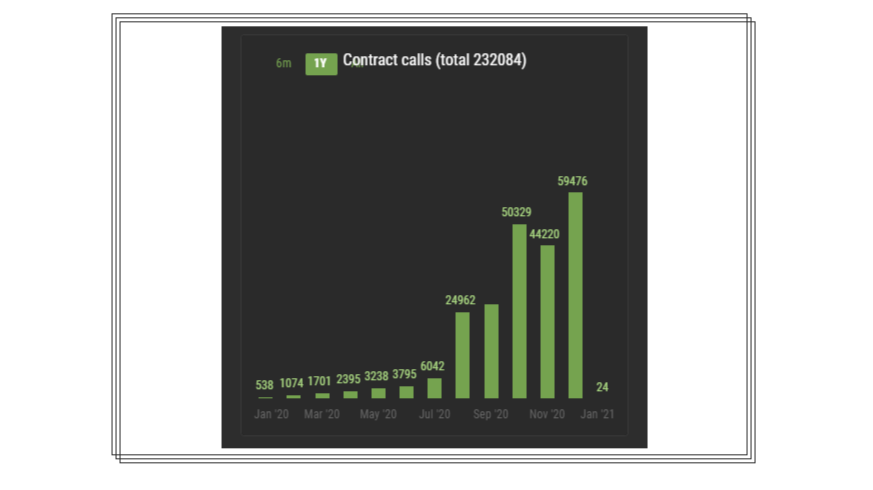 Contract calls are interactions with smartcontracts in the form of transactions. This is an important metric to see the adoption rate of mainnet smartcontracts. In the past six months we've seen continuing growth in the amount of mainnet contract calls.
Additionally, we see very healthy activity that indicates continuing developers activity. On both testnets, we see an average of 700 contract deployments per day. The holiday season kind of lowered the average, because when I checked two weeks ago, we were at an average of 900 deployments a day. Not a surprise since Tezos has one of the highest number of developers in the ecosystem. 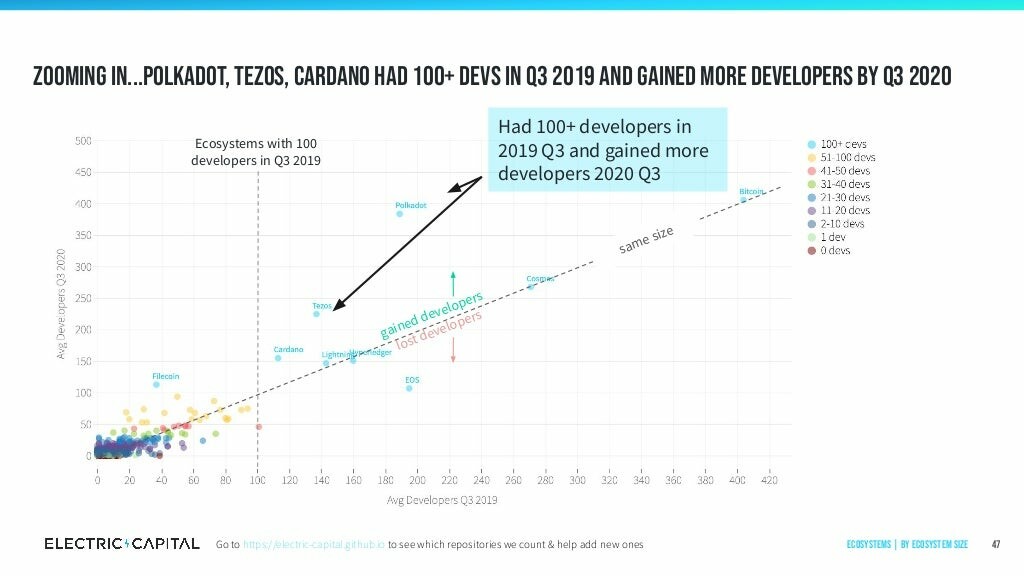 Also in developer growth rate, we see that Tezos is doing great, it had the second biggest growth in amount of developers. 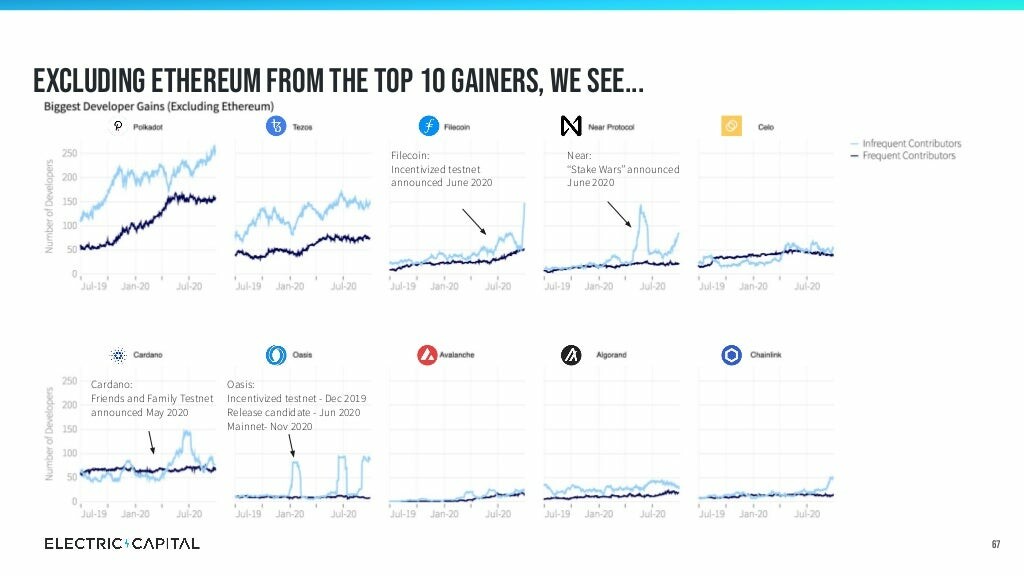 What is to come in 2021
With the continuing growth of both the amount of developers and developer activity, we should expect a continuing growth in adoption and on-chain activity. And with the addition of two very cool and most importantly unique features on mainnet in mid February, Tezos has more to offer than ever.
- Privacy that can be added to smartcontracts. (And shielded pools which prevents backdoor discovery through subdata will be added later. Currently being audited.) These private transactions will not be expensive and will lead to Tezos dApps with built-in privacy. All without Tezos itself becoming a privacy coin since it will be the applications built on Tezos that will be private. That is important to notice, because this means we do not need to worry about stronger regulations for privacy coins.
- Tickets will be added in February too. Which is a game changer that improves efficiency and improves possible concurrency issues that many smartcontract platforms deal with.

Finality could come to Tezos, depending on how the development of Tenderbake will go. Tenderbake is currently on testnet, so we'll have to wait and see how that develops in 2021.

And then there is the large number of applications that are lined u to launch in Q1:
Tezos DeFi is slowly growing an ecosystem besides other applications that are under heavy development on Tezos. This indicates that further growth in the amount of contract calls could very well be expected. Just to name some of the upcoming applications that are expected to launch soon on Tezos: Quipuswap, the second Tezos-based DEX, is expected to go live soon, TEZEX, TezFin, Kalamint (Tezos-based NFT platform), SEXP (Tezos-based Synthetic Exchange ), ERX (Tezos-based STO exchange by Elevated Returns), the DAO Baker ecosystem (Including SWAP market, Yield baker and DAO Baker refils), Inveniam NAV Pricing solution and much more to come in 2021. (All subjects that do not have a link included are subjects I have articles ready and will be published on the soon to be launched new website xtz.news. I am one of the co-founders of that website and all my articles will be published there first as soon as we go live. I will continue to publish on publish0x, but my articles will be on here a few days later.

Last but not least: with the team of xtz.news we intend to go hard next year and we hope you will join us in giving Tezos its rightful place in the spotlight. We intend to cover most developments and we are working on strategies to get Tezos more traction and attention outside the usual channels. We see a growing group of people within the community getting involved and take charge and we have joined them with great enthusiasm. We see a bright future ahead for Tezos and everyone involved. Happy New year! 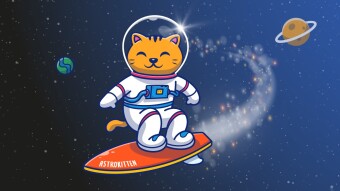 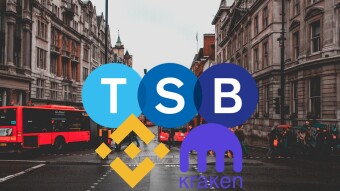