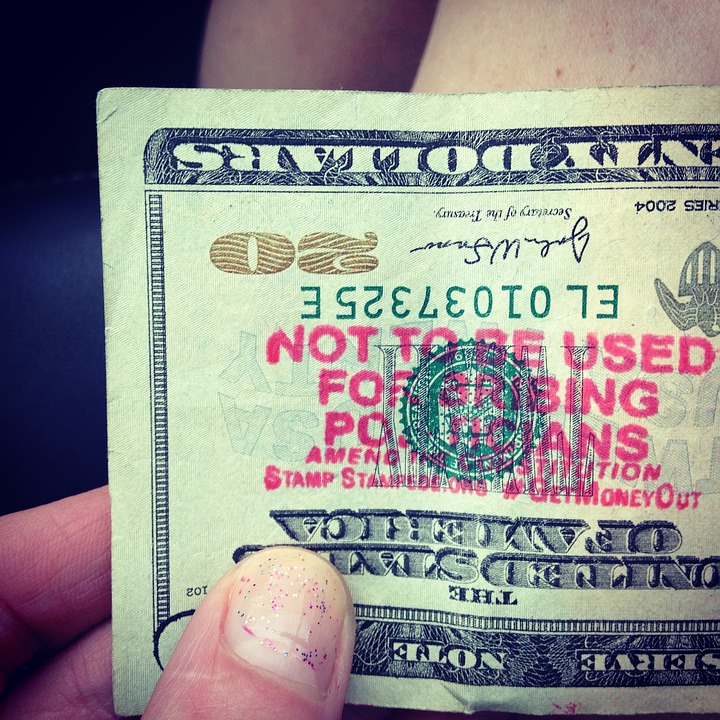 What is money? Part 1 of a crime exposed

For centuries the mechanics of the money system have remained hidden, yet the impact globally is unsurpassed. This is due to the monetary system being the primary tool for those who run the world to maintain power and control. It is this power which is being used to crush the poorest of humanity and needs to be stopped. Cryptocurrency like Bitcoin, built on the revolutionary layer of blockchain technology may be the answer to this fiat money criminal banking system once and for all. It has the ability to return to each individual their sovereignty, and free us from the shackles of modern day financial slavery.

Today these very levers of power are being shaken by crises, of which the 2008 crash was just a glimpse. The boom and bust design that is built into the modern attempt at capitalism occurs every decade or so, ruining millions of people each time it occurs. It simultaneously scoops up money and assets in the net of the very wealthy, who simply become richer and more powerful on the backs of the downtrodden. This is something unacceptable and inhumane and thus the need for dialogue and revision regarding the global financial system is more crucial than ever.
The economic crisis of 2008 was like a cancer, it was staved off for a while but the malignant tumor still exists, and is now killing the host, us, in a form more virulent than a decade ago. And the answers do not lie with government because

“Governments do not rule the world, Goldman Sachs rules the world”
Alessio Rastani

Add to this of course J P Morgan, Chase, Rockefeller, Rothschild, and the 1% banking elite family dynasties, who have been in power for hundreds of years, much longer than most governments. And in their pockets are the corrupt and subservient government leaders of today. They may not have started off corrupt as a civil servant, but any politician who desires the fame and power of such a position, will have to sell out his or her morals to the dictates of the banking elite. The masses who need the protection the most, will take second place to the demands of the super rich aristocracy of the day. We are just cattle to them.

This baked in cycle of boom and bust in the financial machine has been around since the 1700s already, around the time the Bank or England was founded by William Patterson. Basically the system is by default unstable because it gives global power to the dominant parties involved. Historically is can be statistically shown that every time an empire begins to show signs of collapse, its currency will be debased or devalued.

There is no clear guide to how this financial system operates. Just ask the Bank of England how money is created. Or ask the Federal Reserve of America. Alan Greenspan, an ex Fed Head, once said, famously, that they have licence to print as much paper currency as they want whenever they want. They can print themselves out of any financial crisis. The problem is that it is the printing itself of more pieces of paper currency that deflate the overall value of your actual money, ultimately driving it to a point of collapse where it is worth zero.

How money is created – notes and coins
In 2010 the total UK money supply stood at 2.15 trillion Pounds. 2.6% was physical cash (53.5 billion) and 97.4% was commercial bank money, or digital numbers. So less than 3% of money is created through the central bank. There is no interest charged on that money, which is transferred to the government Treasury as a form of funding called

“seigniorage”: Profit made by a government by issuing currency, face value on notes and coins minus their production costs.

A $10 note cost about $0.04 to make. It is sold to a major bank for $10 or face value and the profit goes to the treasury. This reduces taxes we pay. In ten years they could raise about $20 billion in this way a decade ago.

In 1948 notes and coins constituted 17% of the total money supply. Government back then could use it to finance post-war reconstruction, including national health and government hospital services.

In the past 60 years since then notes and coins have shrunk to less than 3% of money.
The ironic and curious thing is that before 1844 bank notes were created by private banks and the government did not profit from their creation. In fact in pre-industrial times back then, there were thus multiple forms of money all co-existing. So the idea we have today of numerous different moneys in the form of cryptocurrencies is nothing new. The rise of a single sovereign government backed fiat money is a recent phenomena. In the 1840s there was no law to stop banks from creating their own bank notes. They used to issue pieces of paper as literal bank notes to represent what you had in your bank account. This meant you didn’t have to carry your heavy metal coins around to pay people but could use your piece of paper to show how much you had in the bank, which you could give them instead. In time these paper notes became as good as money.

When the banks saw that they were creating in this way the dominant type of money in the economy, they realized that by creating more of it, they could generate profits. They could just print up some more notes to lend out and get the interest on top of them. This went on until the 1840s, until it went a little bit too far and caused inflation which destabilized the economy. So in 1844 the UK Conservative government of Robert Peel passed a law that took the power to create money away from the commercial banks and brought it back to the state. Since then the Bank of England has been the only organization allowed to create paper notes.

But now everything has gone digital. What we now use as money is digital numbers that commercial banks can create out of nothing. Legislation needs to catch up with developments in electronic money and the way that banks actually operate today. Money held in bank accounts are called “demand deposits”. This is an accounting term the banks use when they create credit, as well as loans. So all “money” held in banks is nothing more than an accounting entry.

This system is fraudulent and in the hands of the biggest pirates on the planet today, the banking elite and the Fed. It has to be ended, as some in America are calling for. And a healthier global economic construct needs to be engineered, one that caters to the well-being of all humanity, not just the elite 1% who currently live like parasites sucking the life out of the poorest and most vulnerable, you and me, through the current criminal banking system.

In a future article I will continue to explain the modern criminal banking system and how it works today, so stay tuned and let’s educate ourselves on why we are so poor, why we are in such huge debt, why we have to endure crashes every decade and why our money keeps shrinking in purchasing power. Power to the people. Take back your power. Use Bitcoin. Overthrow the banks. The time has come.