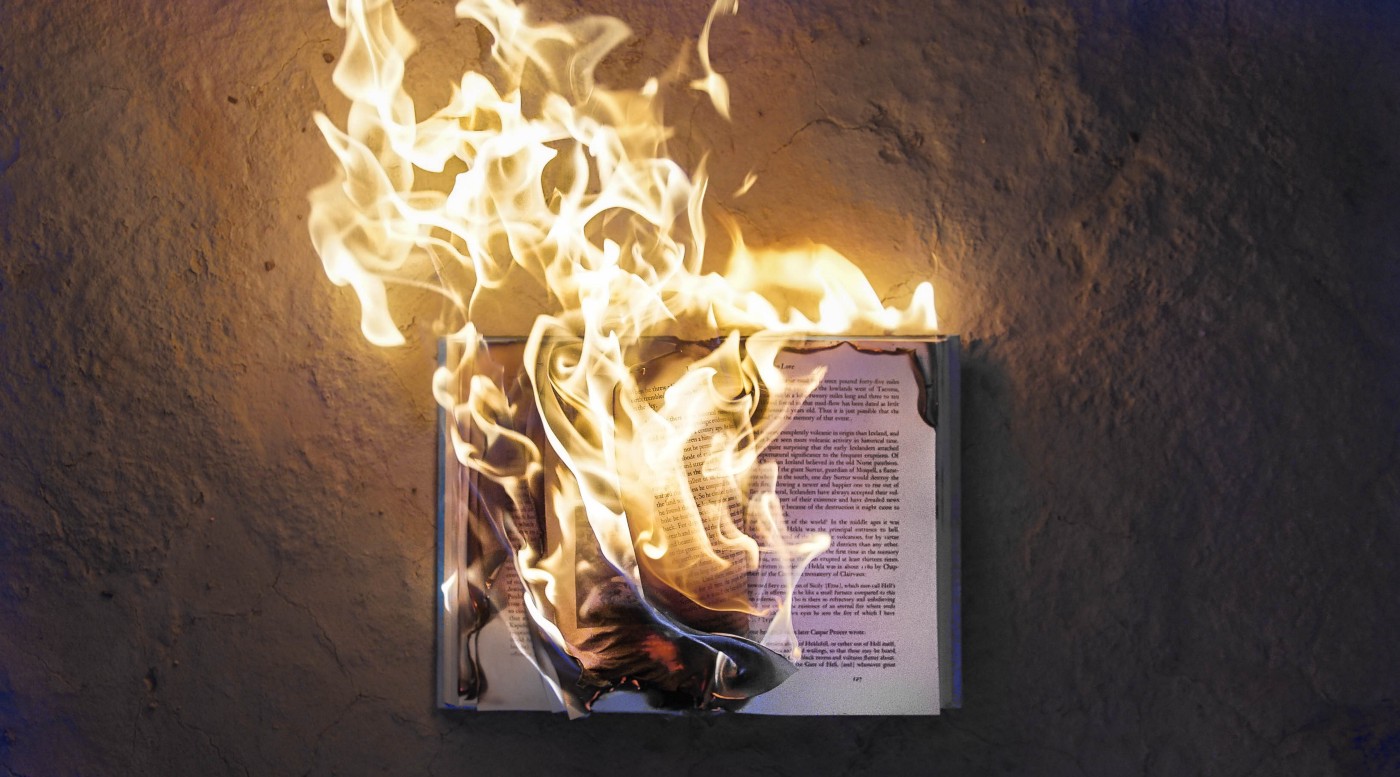 How Criminalizing Holocaust Denial Brings Us Closer to Fascism

Europe is horribly embarrassed by the events of the holocaust, and its governments should be. However, in response to this past, European governments have implemented policies which echo the oppressive regimes of the past.

Antisemitism, along with other forms of bigotry, is repugnant. It is dangerous. However, fascism, which is often equated with Nazism, is separate from antisemitism. Fascism is an authoritarian form of state control, and near worship of The State. And while it may seem like prohibiting holocaust denial helps to push us further away from fascism, it actually brings us far closer to it.

Government censorship, and the legislation of truth, is a core aspect to fascism. Those who control what is and is not truth, especially when telling falsehoods rises to the level of criminality, are able to control the population itself. The free exchange of ideas, whether true or false, is necessary in a free society. Totalitarian regimes often start by limiting speech, often under the guise of protecting the population from “harmful” speech.

Let’s just say that regardless of right or wrong we should implement it because it works to prevents the influence of the far-right. But does it?

Fel certainly believes that it does. But Fel is not relying on science here. As How the European Far-Right is Growing in Power and Influence, written by Ian Bremmer points out, far-right political influence is actually growing in countries like France and Germany.

These People are Fascists

It goes further than just relying on government to control speech and criminalize speech that they deem harmful. There is a clear bias in nationality. Consider the following response to my concerns.

Any long term reader of mine, and really anyone who has given a cursory look at my work, knows that I do not believe in a god, and instead attribute rights to natural circumstance. But more importantly, this person is making a judgement and criticism, simply because of the geographic region in which I happened to be born. The assignment of condition based on nationality shows a degree of nationalism in its own right. This person is exhibiting a degree of nationalism. So we have a strong sense of nationalism, combined with the belief that government has the authority to control ideas — only ones that are “bad” of couse — but still. This person is promoting fascism.

It might seem odd that I suggest that criminalization of holocaust denial could lead to the criminalization of being Jewish, but only a handful of logical steps are needed to get us there. If we accept that holocaust denial can be criminalized because it is the expression of a lie and that anything which is stated and is untrue is a lie, then we only need to accept that religious beliefs are a lie, which many in these countries do. Atheist Alliance International expresses this view, at least with Christianity.

Eight reasons Christianity is false — Atheist Alliance International There is very little that we can prove in this world. We can look for evidence to support claims people make and when… www.atheistalliance.org

But maybe we actually need to add the requirement that the falsehood is harmful. Again, the idea that religion is harmful, while a vulgar and scientifically falsified belief, is not uncommon. Richard Dawkins expresses such views rather frequently, even going so far as saying that raising a child in a religious household is worse for a child than being sexually abused.

“Horrible as sexual abuse no doubt was, the damage was arguably less than the long-term psychological damage inflicted by bringing the child up Catholic in the first place.”

But maybe Richard Dawkins is wrong. Indeed, science actually suggests that he, and others who express his views, are wrong. Therefore, by any reasonable consideration, what he is expressing is a falsehood. Moreover, it’s easy to argue that such a falsehood is harmful, because it establishes that religious people are harming others, when they are not. If people believe that religion is harmful and that people who teach religion are harming others, then hatred of those people is sure to follow. Therefore, by the argument that harmful falsehoods should be criminalized, Dawkins et al. should be treated as criminals.

Basically, it is very difficult to argue, logically, that holocaust denial should be criminalized, while also rejecting the claim that either Dawkins et al. should be treated as criminals, or religious people should be treated as criminals. I do not accept either. Many who express interest in criticizing holocaust denial are likely okay with Dawkins. So they would not accept the former. And those who accept the latter, are in the end, supporting the imprisonment of religious people, including Jews, while simultaneously supporting the government suppression of the free exchange of ideas. Sounds rather fascist, doesn’t it?

And while it is true that each instance of speech can be treated on a case by case basis, there must be some means by which determinations are made. Either it’s based on some common metric, or it’s at the will of those that are determining whether something is to be criminalized. And if it’s the latter, then we must trust that government will not criminalize any speech that they should not criminalize, and history as taught us that we should not trust such things.

In an ironic juxtaposition, shortly after I wrote this article, Israel decided to bar Ilhan Omar and Rashida Tlaib from entry, because at least some of their views appear to be fairly anti-Semitic. Their trip itself was backed by various anti-Semitic groups, including a publication that expressed blood libel, the idea that Jews used the blood of Christians in their religious ceremonies. So the first issue is that there immediately becomes a sort of grey area. How obvious and certain does the antisemitism have to be in order for a ban to occur? The second issue is the extreme irony in defending France for supposedly standing up to anti-Semitic speech, but attacking Israel, a nation whose existence is basically the result of European led antisemitism, for banning entrance based on anti-Semitic sentiment.

While the holocaust happened, and we must never forget the kind of atrocities that can be committed and have been committed, it is unacceptable to treat its denial as a criminal act, or to limit the rights of the people who express such positions. They are repugnant and ignorant. But justification of such action, also logically includes the criminalization of many other statements. Moreover, the juxtaposition between the reaction to bans in France vs bans in Israel show just how grey the areas of limiting speech can be. Governments have long used restriction of free speech, often under to excuse of protecting its people, as a form of control. We must not allow it to continue.

Originally published on the Politicoid Publication on Medium