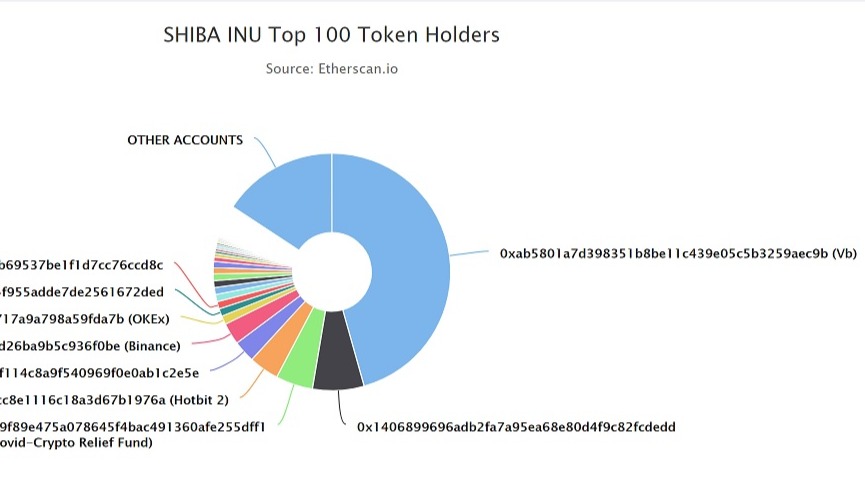 You probably know the news already, but here is the quick summary:

Here are the top holders of SHIB around the time of writing (with local CST timestamp): 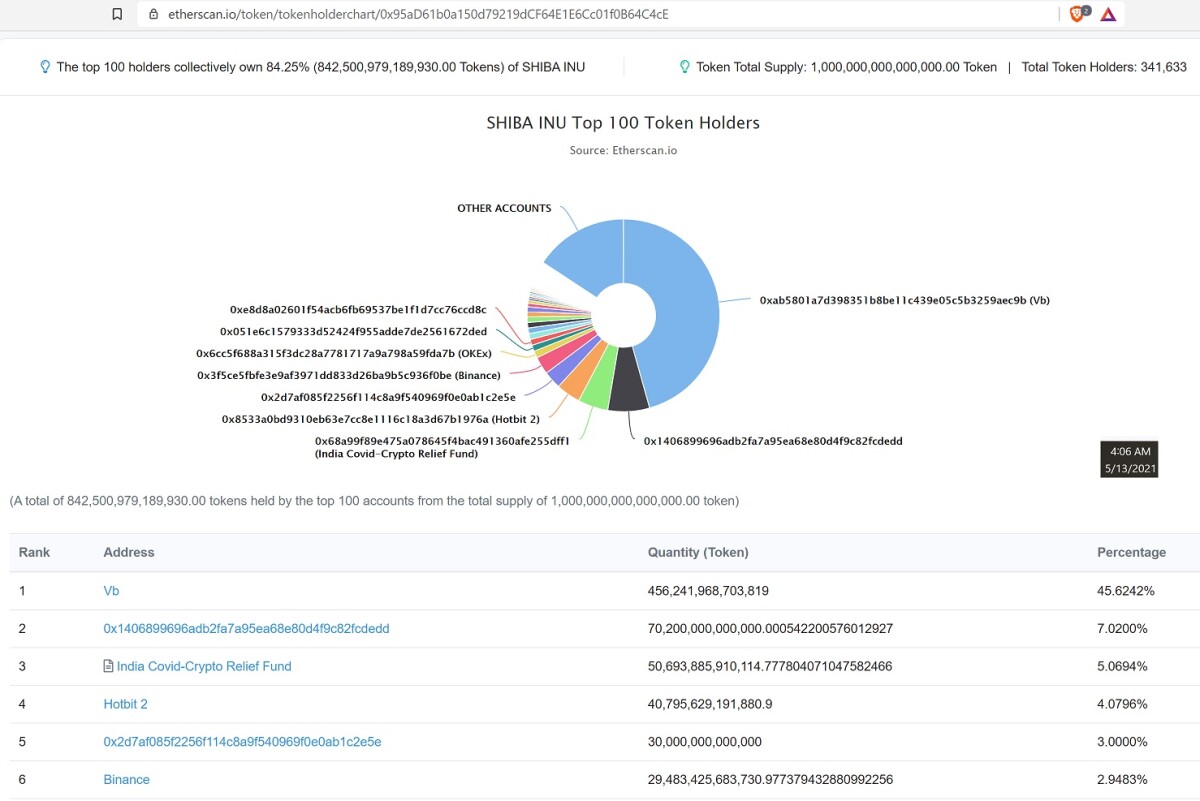 Mr. Buterin has reportedly given away more money (albeit in the form of a memecoin) than anyone else in the world right now to help India fight COVID, which I believe technically makes him the youngest, most generous philanthropist in the world, and crypto dudes are still hating on him because he ruined their stupid shitgains:

(You can guess what FVB stands for)

Man, there are a lot of garbage humans on the internet. You see a lot of them here in the cryptospace, too, if you're active enough. I hope most of you are at least a little better than that.

This place is getting more and more interesting every day, though.

In my own quest to find the next 100x gem, I came across two solid projects that I can feel proud to say I invested in:

Both of the above projects have noble and charitable missions. The tokens also both gain reflect rewards, which means that you get a percentage of every single transaction distributed directly to your wallet without having to stake them. DYOR and invest as you will.

I've been pretty active on Discord lately as well, and two other tokens stand out to me as being potentially worth looking at:

The Comfy server is one of the first that I got comfy in (😏), and I very much believe in the potential of this coin. It was a runner-up in r/SatoshiStreetBets' Moonshot Monday this week, and pretty much everything about the token is great, including the fact that it is frequently airdropped in Discord servers. COMFY is also a reflect token that gains passive hodl rewards as a percentage of every single transaction. I have invested in it, and if you are desperately searching for the next moonshot, I would surely recommend putting some dollars in this one as well. Here is the server address: https://discord.gg/comfytoken.

I do not own any PUSSY outside of the Tip.cc bot, nor do not ever plan to buy any (partly because it's on the Ethereum network), and in fact was booted from the server for some random reason early on, but I must admit that their marketing is good and their website is cool. If you're into that sort of thing, go ahead and check it out.

If you made it all the way here, you [might] deserve a free NFT!

If you want links to any of those other juicy Discord servers, feel free to send me a DM @cmasta#3935.

But anyway, yeah, don't get rekt out there!