Slow And Stable, But Shelley De Cardano Was Built With Care And Consistency 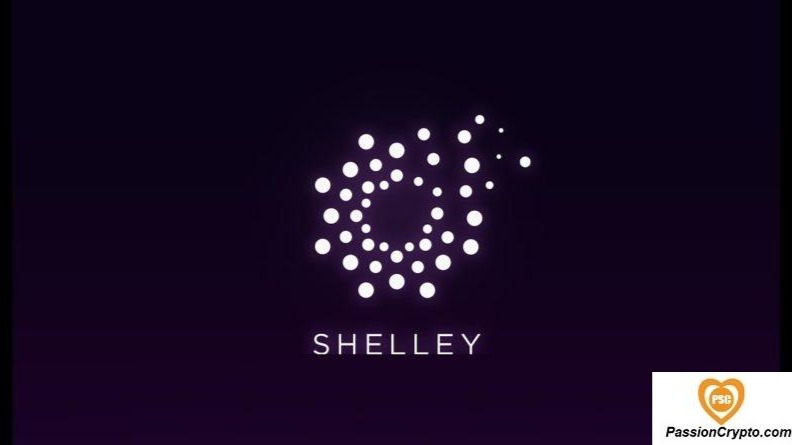 Slow And Stable, But Shelley De Cardano Was Built With Care And Consistency

Charles Hoskinson discussed efforts to build Shelley, the next era of staking in the Cardano blockchain . The CEO of IOHK said that the company's "slow and steady" approach to development has proven to be much better in the long run, as it facilitates the creation of a level playing field for all other projects. of cryptography on the market.

What to expect from Shelley's next deployment

Few projects in the crypto industry have succeeded in dividing the community like Cardano . Although fractions have always formed around projects, it is rare that what people celebrate the most about a project is the same thing that invites the most criticism.

We're talking, of course, about Shelley and the notoriously slow development process of Cardano . In the fast-paced environment of the crypto market, launch times and major updates seem to be measured in weeks, not months. So, it's no wonder that the five-year-long IOHK research behind Shelley seems to be a lifetime.

However, it is this long and tedious process that should make Cardano stand out from the crowd. According to its creator Charles Hoskinson, Cardano is a blockchain intended to be used in the decades to come.

This is why the launch of Shelley, the era of the blockchain that will transform it from a static and federated system into a dynamic and decentralized system, is so important for the company.

In an interview with Lark Davis, host of The Crypto Lark YouTube channel, Hoskinson explained why the years of diligent and systematic research that has been carried out on Shelley has proven to be more effective than anyone originally thought.

When asked what the community should expect from Shelley's launch, Hoskinson said that to understand its implications, we need to understand the process behind it. Work on Shelley have started in 2018, with two separate teams working on two separate versions of the era of staking the blockchain. While one of the teams was working on Shelley parallel to Byron, the other was taking on a more ambitious task by working on a Shelley based in Haskell which would be the end of all versions of the protocol.

However, after the failure of the first team to produce the results hoped for by the IOHK, the work done on the Haskell backend became the finalized version of Shelley which was to be delivered the following year.

The Shelley we will see in the following weeks is the product of years of academic research and product development within the IOHK, said Hoskinson.

The systematic approach to development was also applied to product deployment: the launch of Shelley started in December 2019 with the launch of the Incentivized Testnet (ITN). This process, said Hoskinson, is currently in its final stages, the pioneering testnet.

A select group of equity pool operators who have actively participated in ITN are testing the currencies of the Haskell version of Shelley, going through a series of exercises that would provide feedback to the IOHK. By now, all the pioneers have completed five of the required seven exercises, said Hoskinson.

The problem of rivalry in the crypto market is often the most prevalent. This was rather unfortunate for Cardano , as the work done by both IOHK and Hoskinson himself is often seen in relation to Ethereum ,   Tezos  and other similar projects. Hoskinson's early involvement with Ethereum , which he helped found, does little to help the problem.

However, the work done by both IOHK and the Cardano community does a pretty good job of highlighting what makes Cardano stand out from its “competitors” - the fact that it does not compete with anyone.

Hoskinson said IOHK had taken a very unusual approach to designing a blockchain. The process started by reviewing the basics of proof of participation protocols and systematically reviewing all proof of work algorithms for security properties like   Bitcoin   . They have then had to determine which of these properties could be changed and improved. Hoskinson noted that it took the company "years" to become secure enough that the proof of participation models it worked on were safe and effective enough to launch.

Ethereum , on the other hand, took a very different approach, deciding to launch the protocols first, then deal with the issues on an ad hoc basis. If none of the solutions worked, the developers returned to the drawing board to find a new protocol.

The fact that people believe that a fundamental approach and formal methods are a slow and ineffective way to write software "is the greatest abuse of language" in the cryptography industry. Hoskinson cited the example of Ouroboros, Cardano's proof of participation algorithm , as ultimately being faster and more efficient than Ethereum's Casper , which was launched in 2014.

Another important thing that sets Cardano apart is IOHK's effort to prevent a cult of personality from forming around the project. While Hoskinson is the name most often mentioned along with Cardano , he has repeatedly stated that his goal is for the blockchain to be immune to the influence of one person.

But, how can a system managed by everyone compete with the amount of network effect of a personality-driven project like Ethereum ?

"You have to change the game to win the game," said Hoskinson.

With its work on Cardano , the IOHK, the Cardano Foundation and Emurgo are all trying to create fair conditions for all. All of the work from the IOHK is available for free and open source, and the company said it would never patent any of the technologies it develops in the hope that if other projects adopt them, it would make interoperability organic. That, said Hoskinson, is diametrically opposed to what Ethereum wants to achieve.

“What ConsenSys and Ethereum are trying to do for the ecosystem, and it's very damaging, is trying to block people. They build all these tools and say you are stuck on Ethereum . ”

Cardano , on the other hand, wants to allow migration from one system to another because he thinks it would make blockchains more attractive to businesses.

“No business would want to be in a business where they can't change their backend.”

The crypto industry is not a zero-sum game, he explained. There is enough space and demand for many projects in the ecosystem to reach a trillion dollar market capitalization and create healthy competition that allows users to choose from a variety of options. Hoskinson compared this to huge tech giants like Windows and Apple operating in the same space, attracting customers based on philosophy and quality of service.