What are NFT Games? Embark on your Play-to-Earn Journey in the Newest Recommended NFT Game of 2022 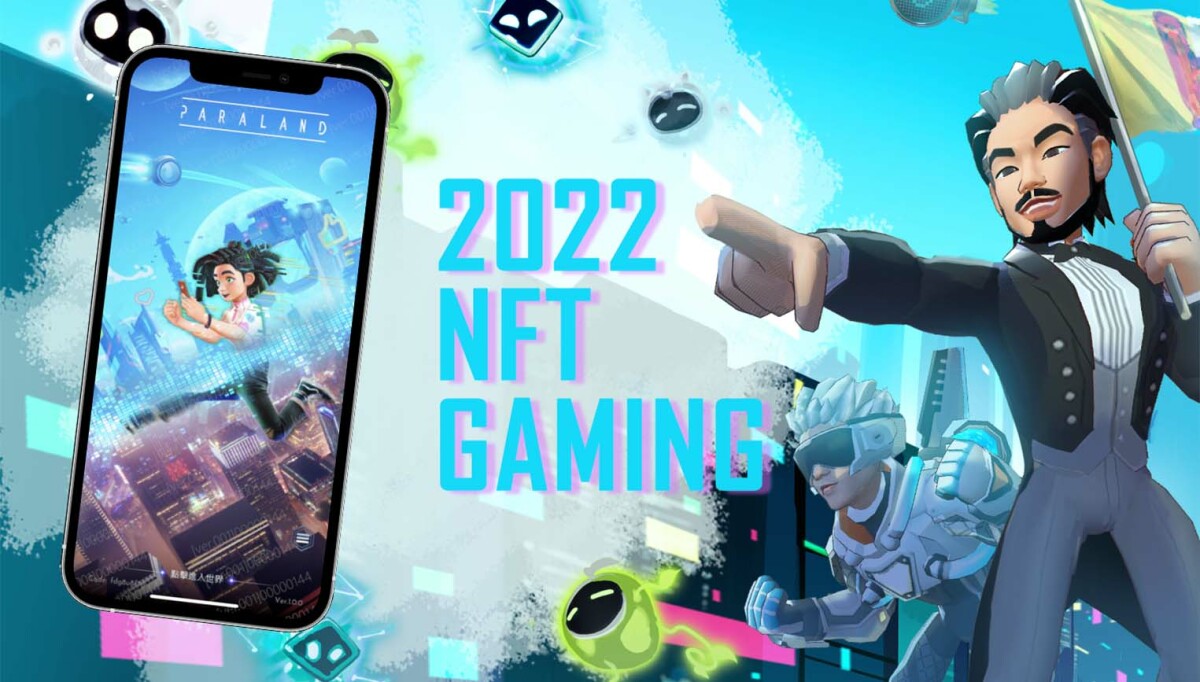 NFT games have been the new trend as of recently, the concept of Play-to-Earn has been intriguing to the general public, enticing more people to dabble into this particular field, but the question remains, what are NFT games? How do I play an NFT game? You’re in the right place because we are here to tell you about the difference between NFT games and regular games and introduce you to the newest recommended NFT game of 2022, [PARALAND]! Let’s dive into the world of NFT games through this elaboration on how PARALAND emphasizes Play-to-Earn!

What are some Mandarin NFT Games out there? Newest Recommended NFT Game of 2022: PARALAND

PARALAND is the first AR blockchain game hailing from Taiwan, combining territorial contention, crypto, social interaction and parallel worlds, enabling players to traverse between reality and virtuality freely, invite your friends to explore multiple worlds, indulge in a new gaming experience and obtain game tokens through in-game mechanics. Unlike most mobile games, PARALAND’s in-game rewards are not limited to just loot, it can also be in the form of physical prizes and NFTs, players are able to utilize PARABots to earn $PARA or gain income through NFT transactions, more on this in the third section of this article.

PARALAND also has an intriguing background story, set in the summer of 2022, an island in the Pacific was encountered by a spherical UFO, mechanical creatures began to flood the streets and kept on repeating ‘PARA PARA’. What’s more surprising is that these mechanical creatures did not seem to be threatening but rather trying to communicate and lead the way to somewhere. Out of the ordinary, a random response of ‘PARA…LAND’ triggered a beacon within the mechanical creatures that opened a portal, leading humanity into a whole new world, the world of PARALAND.

Some parts of our original world still remain the same in PARALAND, and there are also other unseen areas waiting to be explored. Humanity is able to travel freely in between PARALAND and our original world. Those that chose to remain began to recruit companions and explore, build, interact, expand, creating a world of endless possibilities. 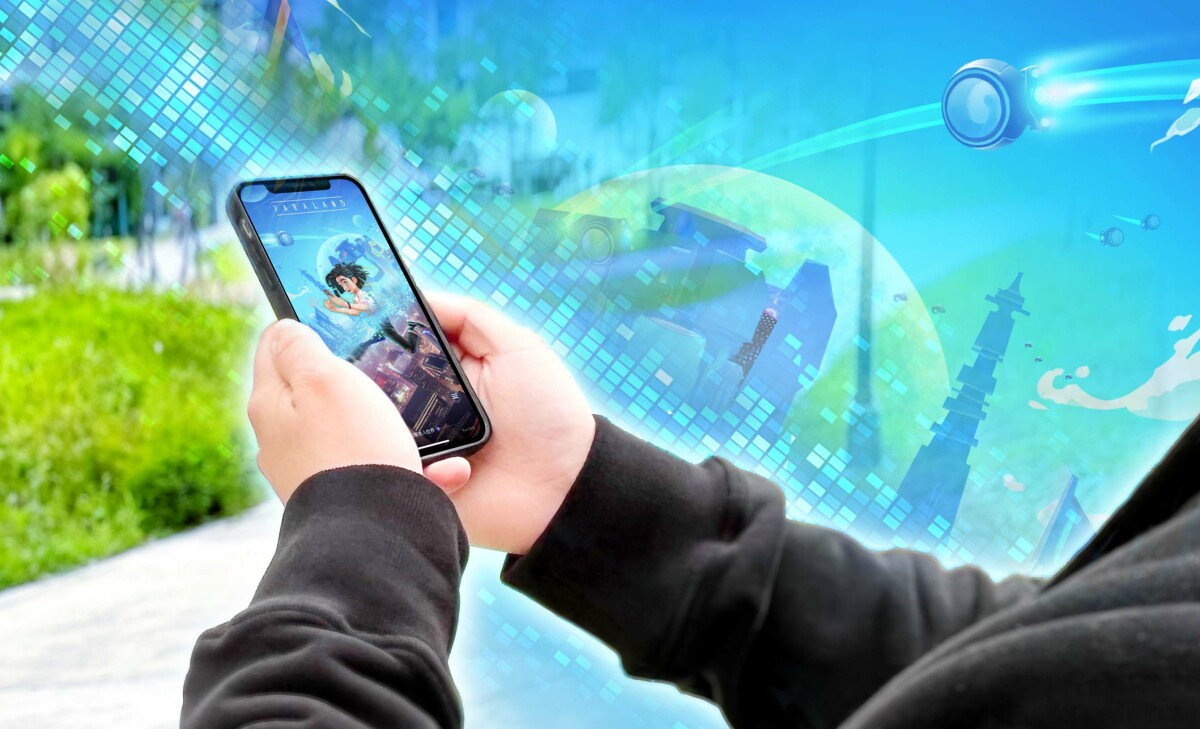 In order to fully understand the differences between NFT mobile games and regular mobile games, we have to take a step back and elaborate on what an NFT is. An NFT is a non-fungible token, an extension of blockchain technology. Unlike crypto currencies, every NFT has a different value, it can be in the form of an image, game avatars, or even a physical object. When applied to gaming, in-game avatars, equipment, chests can all be in the form of an NFT, meaning there is revenue to be gained from NFT transactions, therefore gradually bringing up the trend of Play-to-Earn, and the rise of GameFis. NFTs also conform to the rules of the market, where rare avatars, equipment and chests have a higher value than common ones and yield a bigger profit.

It isn’t hard to notice that the biggest difference between NFT games and regular games is the perpetiality of virtual assets. For regular games, once operations close up shop, all in-game assets will be gone forever, simply because there is nowhere else for their use. As for NFT games, in-game assets can be kept and flipped into virtual assets that can later be transacted.

How do I play an NFT game? Enter PARALAND, complete missions and claim your prizes

Take PARALAND as an example, the two major roles a player can take on is the Lander and the Jumper. Landers will lead Jumpers to participate in events and aid the Jumpers to obtain rewards, and in return, the Lander will gain favor and influence from the Jumpers, resulting in a bilateral effort towards the same goal.  Especially in territorial contention missions, when a Lander assembles their loyal Jumpers to gather at a certain spot for an event, that will truly be a showcase of the solidarity and consensus amongst the community. Furthermore, no matter whether a player chooses to become a Lander or Jumper, avatars can be customized to the player’s preferences, whether it be dripping in the freshest outfit, having a bionic arm or taking the form of a mythical creature, it can all be done and better yet, can be turned into NFTs and traded!

Other than revenue from NFT transactions, gaining contribution points is another major goal for players. The Lands operated by Landers is among one of the most anticipated features of the game, the Lander and Jumpers will collectively expand the Land, and by providing useful information and services to the community, Jumpers are able to earn contribution points in return. What’s worth anticipating is the face-to-face interactions between Landers and Jumpers, events and gatherings hosted on the Lands and free flow of thoughts and opinions to achieve a common goal. There are other ways to earn contribution points in the world of PARALAND as well, such as setting up spots according to real life landmarks and establishments and making it a location of interest for people to communicate and interact with each other. Players are also able to hunt for hidden chests on the map, protect lost PARABots, send out caravans to other locations as a way to earn and even rob caravans sent out by others! PARABots can be utilized to occupy the player’s current location and expand the Land at the same time. COntribution points can be used to contend in the Rankings of each Lander and receive exclusive prizes or $PARA in return. The $PARA is based on a sharing economy tokenomics model, players can convert the mPARA earned in the game into $PARA, and store the $PARA in their crypto wallets, implementing a Play-to-Earn system.

Find out how Landers and Jumpers can earn $PARA through missions in the PARALAND Whitepaper.

Join PARALAND’s Discord to get ahold of the latest updates

After the thorough introduction above, I’m sure all of you had a deeper understanding of NFT games, and PARALAND is ready to create a whole new Web 3.0 metaverse platform, taking social interaction to a whole new level, all envisioned ideas can be turned into reality whether it be a Land’s UGC feature, releasing self designed accessory NFTs, and even assembling fellow Jumpers to challenge adversaries, indulge on an adventure that takes you from the streets of reality into a sci-fi fantasy wonderland. Unlike other blockchain games, PARALAND has a fairly low threshold to join, even without a crypto wallet, all features and functions can be accessed, just simply download the App and you may begin your journey of Play-to-Earn. Travel around via the LBS map and taper the border between reality and virtuality in the world of PARALAND. Complete mission after mission, claim the rewards and enjoy endless and soothing social interactions. Grab a seat and fasten your seat belt, the PARALAND spacecraft is about to take-off!

Join the Official PARALAND Discord to get ahold of the latest updates.

PARALAND is a Social-Fi & Game-Fi platform hailing from Asia that heavily emphasizes Play-to-Earn and Free-to-Play, allowing the threshold set by most blockchain games to be more available to the general public. PARALAND is a revolutionary mobile game that utilizes AR and LBS technology to present a whole new gaming experience. We shall meet again in the Parallel Wonderland ! Links: [Website] www.paraland.world [Discord] https://discord.gg/3e4pjVvJH8 [Twitter] twitter.com/Paraland_world