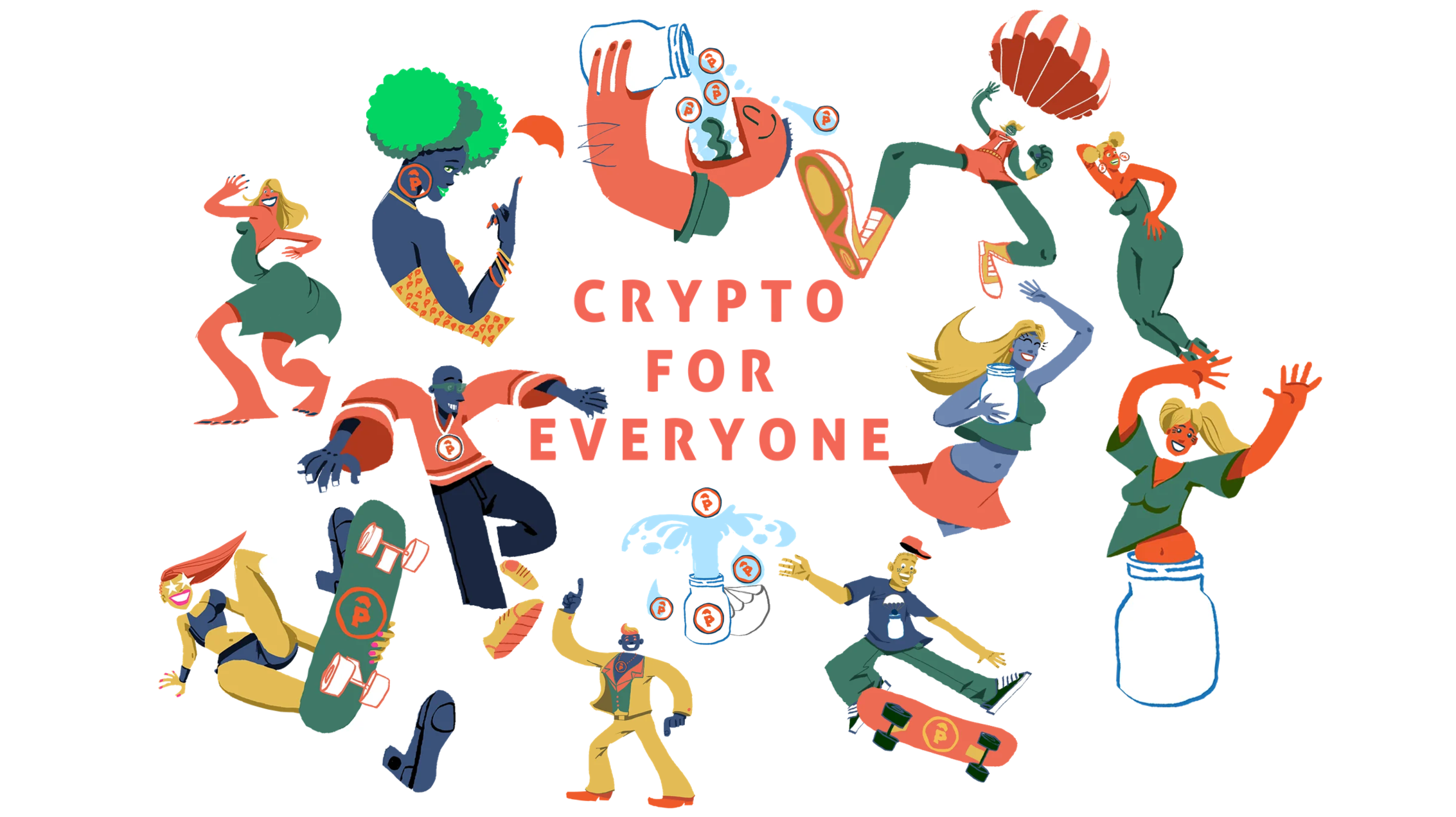 Parachute OGs would remember how awesome Super Trooper experiences were – getting involved, learning, using your skills, exploring new ideas and getting a ton of crypto in the process. This week, you’re in for a treat since Super Troopers are returning to the Parachute-fold with the introduction of a brand new partner project – DENG (Decentralised ENGineering). DEng Design is starting up and building a community around its ethos of decentralised innovation in Engineering and IP. There are several early stage beta projects where anybody can join in as a collaborator. Jason hosted a short story writing contest this week with the theme scary/horror. Mandatory elements to be included: Parachute/ParJar/TTR. The contest was a hit with some serious entries and lots of $PAR given out. CyberFM’s $CYFM token was also listed on ParJar this week. Welcome to the club! To mark the occasion, Sebastian hosted a game in TTR called “Catch that tune” for some cool $CYFM and $PAR prizes. Plus, there was a physics-based trivia in Tiproom with a 25k $PAR pot. Sweet! And don’t forget to say Hi to Cap who joined Twitter this week.

This week’s #WholesomeWed was about the favourite activities of Parachuters and we found out how well-rounded the Parachuterverse really was. Let’s see if I can recap all of it. From hunting (Andy) to reading coming comics (Borna), we have everything covered. Rene is a Wing Tsun Kung Fu master, Richi dabbles in CrossFit, Brian is a karateka, Legacy and @dontouchscreen like to swim, Anthony enjoys going to the beach, Charlotte writes, Carlos is a musician, Marcos climbs mountains (literally), @Trojak likes music and video games, Yoleidis plays the saxophone, Santhi, Jeff and Robertlot read a lot, Martha loves watching TV, Dinero, Gugger and Abdulbasid play soccer, Tavo raps, Alejandro is a curio collector and philatelist, Fadlan likes to draw, Hanabi collects antiques, Rin is a fashion designer, Shucy takes photos, Can spends time with cats, Arthus is a geologist, Andrea collects coffee mugs, Shirin plays the piano and Peace Love draws and is mighty good at it. Whew! The Halloween photo contest in TTR saw some spooky entries and had a 30k $PAR prize pool. Boo! PAR4PAR lottery is now in stage 6. 300k $PAR in prizes. Say what! Benjamin’s BOMB Report trivia in Tiproom was based on his latest 4% burn report. The theme for this week’s Two-for-Tuesday was the songs need to have a female name in the titles. Cool! And wicked sticker pack and gif Johnny (@Joliwa)! Couldn’t help but make all of those into a cover pic at the top. These are too good.

These stickers are pure epicness, Johnny (@Joliwa)! Thank you for these

aXpire’s Bilr makes legal billing simple and flawless for practising lawyers. Read more about it in CEO Gary Markham’s Hackernoon article. Catch last week’s news at aXpire from the Week 43 recap video. The DAI stablecoin was added to the 2gether platform. The news was also covered by CoinTelegraph. Noice! Speak Spanish and new to blockchain? Well, then this video explainer by Founder Salvador is perfect for you. Get an insight into 2gether's social media strategy from CEO Ramon's thoughts in this Finance Magnates article. Ramon also wrote about saving on crypto in a brief article in AgoraChain. If you think you are up for being Head of UX/UI at 2gether, then apply now. The XIO community continues to be awesome as always. Someone just donated the xio.app domain to the project. What a gem! In this week’s ZachTalks we had discussions on Total Addressable Market, pre-mined tokens, XIO Syndicate and Marketing (based on BJ Fogg's Behavior Model). Switch burned over 1% of the supply of $ESH tokens since many holders of the old token never swapped to the new one. Consequently, they will also be missing out on $ETH and $ESH drops. Winner of last week’s DappRadar contest was announced. John McAfee sat down for interviews with My Crypto Spirit and Shahan Khoshafian to talk about McAfeeDex. He also travelled to the Barcelona Blockchain Week to speak on why crypto is the future. Click here to watch his speech. Binance USD ($BUSD) is now available as a base pair on the Dex. The McAfeeDex Onion portal is live as well. The Dex can also be used through the IPFS protocol for pure P2P operations. The $ESH trading competition for a chance to spend a day with John McAfee came to a close this week. Winners to be announced next week. Callisto's security audit of the McAfeeDex (and consequently, SwitchDex) contracts was finished. You can read the report here. Plus, a few updates were made to the Switch platform for faster transactions. 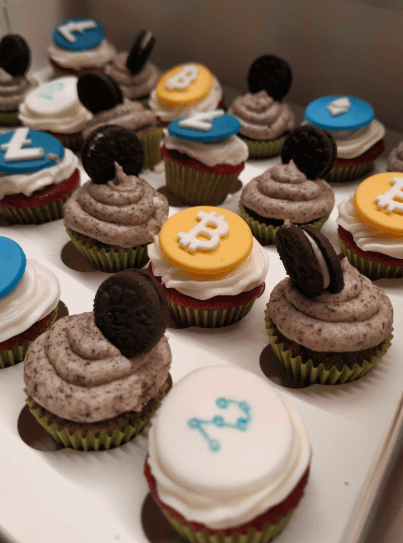 Fantom made a call-to-action to all interested node validators for its Statheros mainnet. Get in touch if you fit the bill. HyperBlocks, which provides staking-as-a-service to Tezos and Cosmos, will be offering similar services to the Fantom mainnet when it releases. Fantom also announced a development contest to BUIDL atop its stack. There’s a total of USD 20k in prizes to be given away for selected POCs and full time contract opportunities for the best of the lot. Uptrennd founder Jeff Kirdeikis will host Nick White of Harmony to talk about the platform in an AMA soon. Last week we mentioned that Uptrennd has started taking community inputs for publishing regular TA reports. This week, voting opened up for the second edition. Plus, there was a movie trivia themed on Halloween. Super fun! Click here to check out the insane talent on display in the Uptrennd Halloween logo contest. Congratulations on crossing 30k Members on the platform. Woot! And thanks for the shoutout Uptrennd fam. Here's to reaching greater heights. Cheers! The latest district and dev updates from District0x covers news such as deep dive testing of District Registry, upgrades to Meme Factory etc. 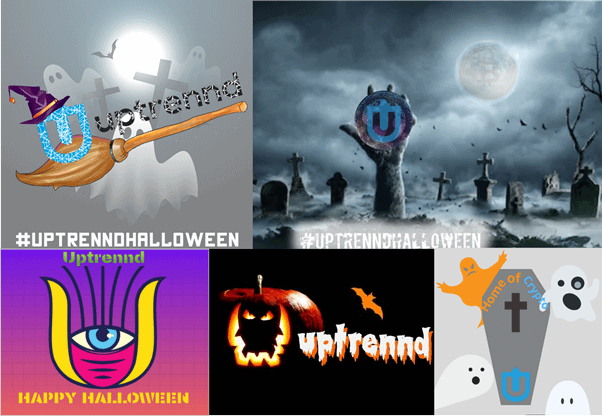 Some of the entries from the Uptrennd Halloween Contest

As the Mycro Hunter app development went into full swing, product manager Laurens explained what’s in store. In line with the Arena Match roadmap released last week, the currency system update is now live. SelfKey fan, hope you took time out to fill the quick product survey aimed at improving the platform. $KEY got listed on Bilaxy. Congrats! Two week’s back, we had written about the Constellation – Chainlink tie-up. This week, The Daily Chain delved deeper into what this deal means for both companies and the industry in general. PickACrypto's $DAG review came out this week as well. The crew travelled to a USAF facility to discuss how to secure mission critical data for their big data management partnership. Omnitude COO Ben Bennett appeared for an interview with Digital Asset Live to talk about the platform and blockchain adoption. Pynk will be attending the Malta Blockchain Summit next week where it is nominated for the Best Fintech Startup award. Good Luck! This week they were at Flatiron School to talk about upcoming UI and UX upgrages. Pynk has opened its next seed round to the public on Seedrs. Read more about it here. 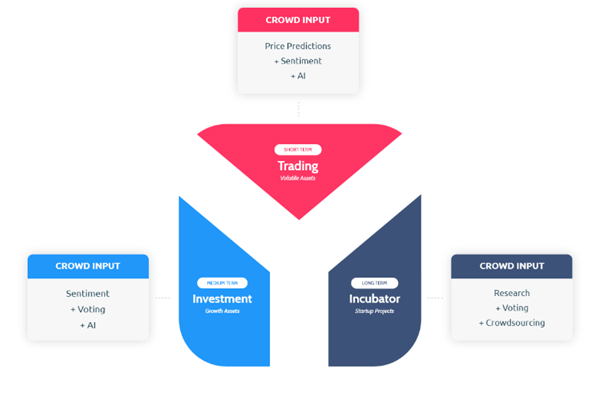 Read up on how HYDRO is leveraging Ethereum and OmiseGo for its Hydro Pay app from this article. Remember, Hydrogen was selected by the South African Reserve Bank for an accelerator programme few weeks back? The crew travelled to South Africa to present at its Demo Day. Click here for pictures. Thereafter, the team proceeded to The Money 2020 USA Summit to spread the word on the project. $HYDRO was listed with a $BTC pairing on Upbit this week. Request Network and Airswap joined the dApp store as 3rd party partners. The latest Vault update is out as well. The Hydro explorer built by community developer @Moonmusiccc is now live on Ethereum mainnet and also shows Hydro Pay transactions. The Silent Notary Project Tree explains the interdependencies between various products in the SNTRverse. Sentivate’s latest code push will be one of the major roadmap items to be completed and mark the beginning of next 3 months’ work. Click here for the answer to last week’s riddle posted by Thomas. OST’s Pepo crew’s jam packed itinerary of crypto events over the next fortnight, flagged off with the CryptoMonday fireside chat in NYC (mentioned in last update). Last week, we talked about Pepo and Hornet joining State of the DApps. This week, Pepo became the 19th most popular dApp on it. Did you also know that the OST platform is now integrated on the same platform? If not, read more about it here. This is amazing! A shoutout from ethereum.network was pretty cool as well. At the San Francisco Blockchain Week, OST crew got busy spreading the word at the Queer-to-Queer Picnic, Ethereum Jesus's Saints & Sinners Party and Jason's keynote speech. In this week’s influencers-on-Pepo series, we have Libra’s Kevin Weil, thisweekincrypto's Motacaster, Burner Wallet's Austin Griffith and Epicenter's Sébastien Couture.

And with that, it is adios for this week at Parachute and partners. See you again soon with another exciting weekly update. Bye! 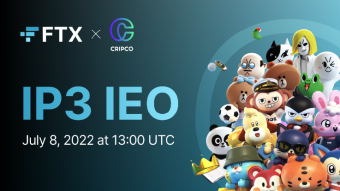