ParJar crossed 100k transactions and 9k users this week. ParJar listing requests have gone through the roof! New listings can be requested through a form from now. If you have been wondering what Cap, Ice and Shawn look like, look no further. Presenting the three musketeers who are making all of this magic happen. The old Parachute logo is being phased out. Consequently the OG gear will be gone from the shop too. Don’t miss this chance to grab a piece of history while it lasts. Tony and Sebastian are now tied in the lead for this week in the Big Chili Race. We had two trivias this week in ParJar – movie quiz by Sophie with a 90k PAR pot and art trivia by Victor with a 50k PAR pool. Seeing a surge in moontalk in the official groups, Parachuters started an unofficial price discussion channel. And finally, congratulations to Clinton, Chris, Andy and Tony for becoming the latest admins in Parachute! Woot woot!

One of these plants will grant a Parachuter access to 400k PAR (L); Jason readies his beer package as the Parachute Beer Exchange starts (R)

As the Hydro Pay app nears public release, here’s a closer look at what the platform will be like. On the biz dev front, Hydro has started looking for candidates to help in enterprise sales. Let them know if you’re interested. Catch up on the latest at aXpire from their weekly update series. 3.75% of the total AXPR supply is now lockedinto the aXpire Prime program. Wow! Don’t forget to mark your calendars for the ETHOS + Voyager AMA on the 9th of July. Check out another gem of an article for marketeers by Birdchain – reaching your target audience without using adwords. The OPQ token was listed on Mercatox this week with an ETH and BTC pairing. Opacity CEO Jason Coppola wrote an article about exciting upcoming features on the platform. 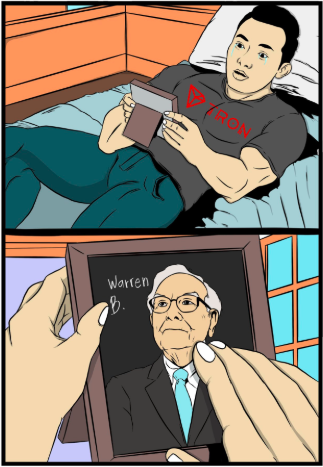 After last week’s voting tie for a stablecoin pair for BOMB on DDEX, a flash voting resulted in DAI being the winner over USDC. The first ever BOMB rap song is out. Super catchy! The BOMB community continues to do various experiments and analysis of the project. Community member Benjamin Cowen analyses tokenomics in detail for various cryptocurrencies. Check out his report and video on the history of BOMB and its token metrics. Very neat! Another community member buried 31 BOMB tokens to be unearthed 25 years from now. ParJar has been a big part of the BOMB journey so far. We appreciate the shoutout! The global ambassador program was also announced this week. Get your entries in quick! CoinBureau’s review of Fantom came out. FTM got listed on MXC Exchange. Fantom also announced their first community event – an infographic and infogif contest. Tons of FTM to be won. Did you also know that Fantom was nice enough to open source the ERC20-BEP2 bridge they built for the FTM token migration? Read more about it here. 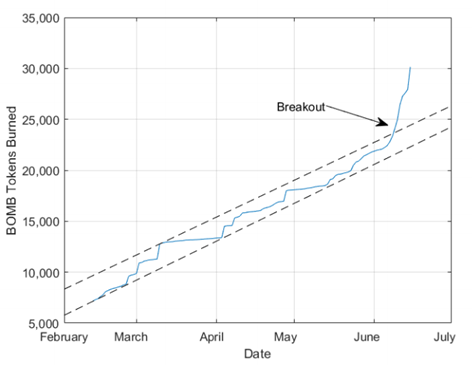 Horizon State’s monthly recap summarises all that has been happening in June for HST. The token is also in the running to get listed on AirWire. Go vote if you want to see them win. The team revealed that they are working with the New Zealand government on a community engagement project. Yay for adoption! Founder Nimo also appeared for an interview with Nugget’s News this week. 2gether released a promo video that explains simply what the platform is all about. Check it out! Dash was added to the platform this week and Coindesk covered the news. The 2gether referral program is live now. Invite friends to get 100 2GB each. The first thousand joinees (or, founders) will be invited for a beer with CEO Ramon. Cheers! Took part in the COTI bounty on Bounty0x? Then the Transparency Report will interest you. The weekly distribution report shares details on other bounty payouts through the week. The WandX Dex will allow staking and lending in addition to trading and storage services in the near future. Read more about it here. Hope you had the chance to attend Shuvro’s masterclass this week on using Machine Learning for trading cryptocurrencies on Cryzen. The team has put out a questionnaire to help improve the latest phase of development. They are also more active on Discord now.

That’s a wrap for this week at Parachute. See you tomorrow with another update. Bye!