Hi everyone! Here’s continuing with the rapid weekly update catch up series. The week that was at Parachute (5 – 11 April 2019):

ParJar crossed 26k tips since the start of the year catching the attention of some big names in crypto. Crypto World News featured ParJar in a news item while Crypto Zombie did a quick shoutout. Belated birthday wishes to Parachute’s very own Iceman! Hope you had a great one mate. Alexis won 400k PAR for topping the March Madness Pool. He also made it to the finale of this week’s Parena only to be beaten by Camille. She took home a cool share from the 200k PAR pot. The DoTA tournament turned out to be great fun with the team of Parachuters beating a team of bots in the game. Participants won 200k PAR and 1300 AXPR each. Chris set up Parachute’s first ever Masters Pickem Contest. The winner would receive a 2019 Masters hat in Masters Green. Sweet! 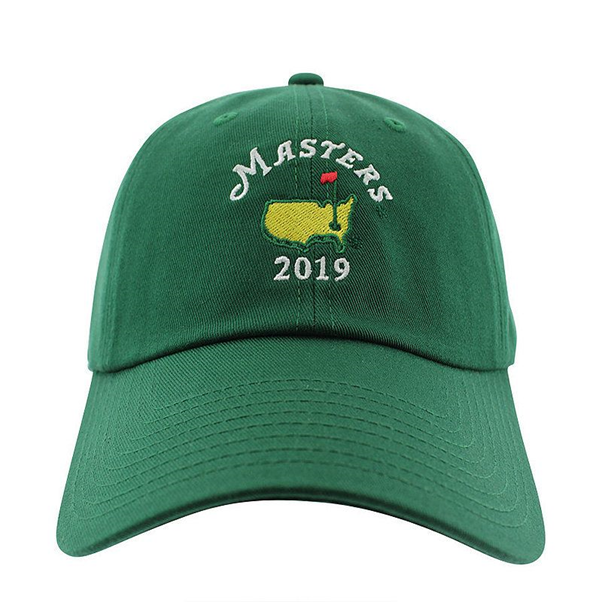 [Parachute’s Master Pickem Contest winner gets to wear this beauty]

The Ethfinex community vote came to a close with AXPR coming in 4th even though we had the highest number of unique voters. Inspite of the loss, the aXpire community was a clear cut winner. Community members and overall rockstars Dj and Gamesawy made a ton of awesome artwork to motivate folks to vote AXPR. And motivate they did! aXpirians joined forces and showed strength in numbers with everybody chipping in with as much as they could and more! The final MatchBX redesign sneak peek dropped this week. Check it out and share your thoughts. The weekly AXPR burn took place like clockwork. The AXPR Prime program now has 11M AXPR lockedin it. That is insane! FinancesOnline awarded Resolvr with the “Premium Usability” and “Rising Star” prizes with Resolvr also making it to the list of best budgeting software solutions of 2019. Woot woot! Dutch readers can catch up on Crypto Benelux’s review of aXpire which was published this week. And finally, if you kept a keen eye on the chat, Matt shared a super early preview of the front end market place - Digital Shares: "CoinBX as a gateway MVP (backend engine) is ready, but we are adding a front end market place called Digital Shares. Even that backend will see upgrades to increase transaction speed and UI/UX". Stay tuned. 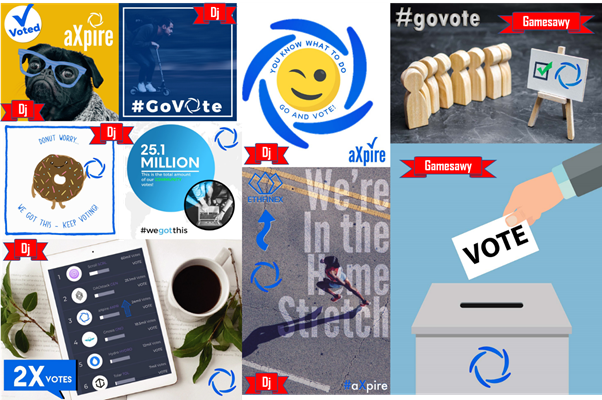 [Dj and Gamesawy. You rock!]

The 2gether presale started this week for citizens of Eurozone. Check out this thread to see how people in the EU19 have been using the card to buy stuff. This article shares more details on the launch. There’s also a sweet video series on 2gether team members using the card and app to buy carrot cake. Nom nom. CEO Ramon travelled to Innovation Finance Congress and U-tad this week to talk about fintech and collaborative banking models. Click here and here for a sneak peek. The incentive economy model involves customers by empowering them and returning revenue. Read this article to find out why businesses built on such a model will disrupt more industries in the future. Plus, the 2gether Steemit blog is now live. If you’re on Steemit, give them a follow. The first ETC Labs cohort (of which Cryzen was a part) came to an end this week with the Demo Day. Shuvro presented the Cryzen pitch deck on the occasion. Check around the 38 minute mark. Code gurus, have a look at Shuvro’s machine learning proof of concept simulation. The code involves a train function which uses past data to predict a future data point. See if you can better it! 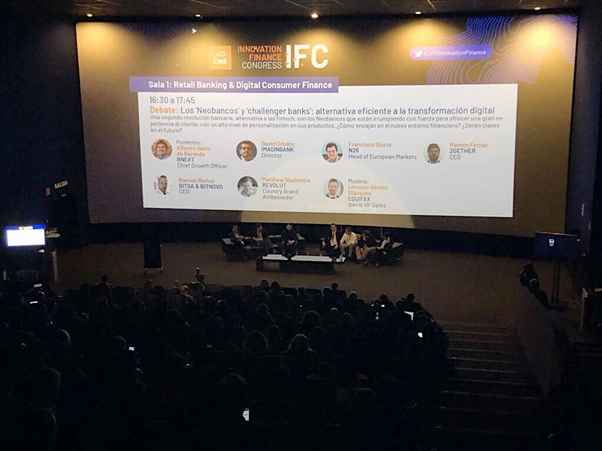 [Can you spot Ramon on stage?]

Firstly, congratulations to HYDRO for making it to the top 3 in the Ethfinex community vote. And accolades have been coming Hydrogen’s way throughout the week. Fast Company named Hydrogen in its list of World Changing Ideas in the Developing World Technology category. By making the list, HYDRO was in august company of such behemoths as Ripple and Mindtree. Hydrogen was also selected to the WealthTech100 list of the world’s most innovative WealthTech companies for 2019. Mike should start working on getting a bigger trophy room. What say? The team also presented the molecule blockchain this week at the Global Treasury Leaders Summit hosted by The Economist. Blockchain Transparency Institute’s Market Surveillance Report for April’19 was published this week. HYDRO is one of only 55 tokens that can claim 0% wash trades on the list of 567 tokens that were analysed by BTI. Another big win for HYDRO! The Hydro developer update also came out this week. Did you know that 9M HYDRO tokens were rewarded to developers from the community who successfully completed bounties? Read more in the update. 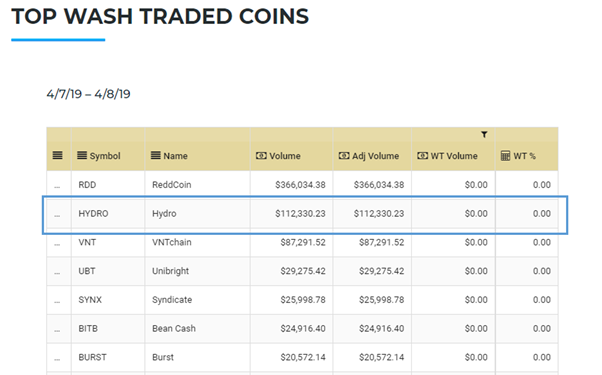 Fantom announced a partnership with Yonsei University this week to work on virtual machines compiler development. Research updates in this segment will be released in the future. Fantom has released a simplified explanation of its proof of stake model. If you had trouble decrypting the more technical PoS document, the latest article should be helpful. Following Fantom CIO Michael Kong’s AMA last week, SharkCIA conducted a 1-on-1 interview with him. Click here to check it out. District0x’s weekly update cover a range of news from tipbots to invite links. If you want to know about token curated registries being built with Meme Factory, check out this helpful guide. The press release of Switch’s DEX platform was published on bitcoin.com with details on how the fees from the DEX will be airdropped to ESH and SDEX holders. If you missed the SwitchDEX introduction article last week, you can read the press release to catch up. CEO Josh appeared for an interview with Joe’s Crypto to discuss on all things Switch. Horizon State closed the week with another exchange listing. This time on UpBit! 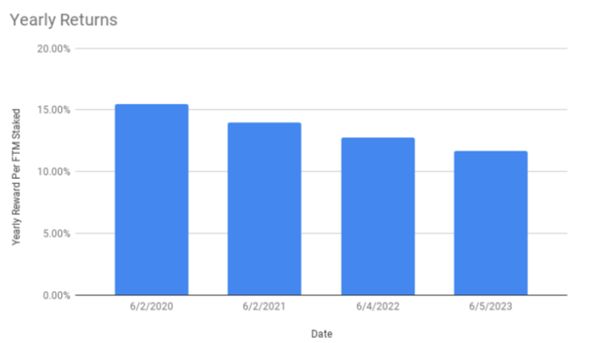 [Approximate distribution of FTM block rewards over a 4 year period]

Opacity’s slogan competition saw a winner being announced this week. The winning entry was “Handle your Privacy” and it clearly represents what Opacity is all about. Freedom to control your privacy. Blockport STO press release was published on CoinTelegraph with details on the project. The STO also made it to the top 5 STOs of 2019 list prepared by CoinFunda. Uptrennd founder Jeff’s interview by Scott Cunningham dropped this week. The discussion ranged from the ins-and-outs of the platform to the future roadmap. Also, Uptrennd is giving away 20 bonus points (redeemable for 1UP tokens) for joining their Telegram channel. Still trying to figure out how to use the Birdchain platform to launch an ad? Here’s an article that lays out all the details. Plus, this guide on how to grow your community should be useful for budding marketeers. 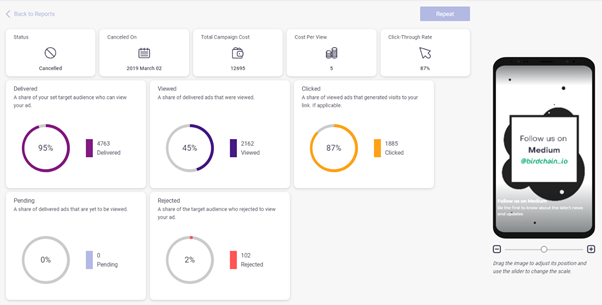 Uzi’s interview of Ethos CEO Shingo provides an in-depth look into how Ethos functions as a company and where crypto is heading to in the foreseeable future. And if you’re looking to introduce a friend or family member to blockchain, sign them up for the Ethos Blockchain Course. Crypto awareness FTW! Dapp.com featured the WednesdayClub dApp this week in a brief write-up. And finally, the latest Gem app update (v0.17.6) came out which has fixed a few pending bugs. Check it out from the App Store/Play Store! Want to see something cool? Here’s a couple of antiquities from Gian’s extensive collection of treasures:

[From our very own Giandiana Jones’ treasure chest]

And with that, it’s a wrap for this week at Parachute. See you again with another update soon!