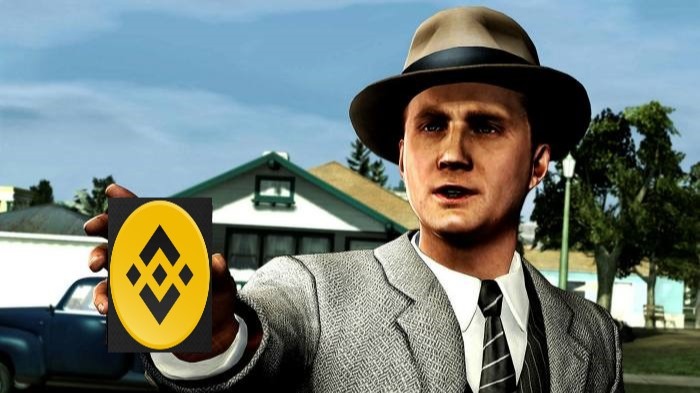 Finding The Next Low Market Cap Gem on BSC (Part 1?)

Whether you've been a part of the worldwide Crypto Community for two days or ten years you've probably already seen your fair share of scams, booms and busts. The scams tend to follow a similar playbook - pump, dump and run. The busts look a lot like BTG or PPT, once market stalwarts now relegated to the bottom tiers of the crypto market. Then the booms, the likes of UNI and LINK, those are the projects that absolutely explode from humble beginnings providing massive profits for their early investors. The project I'll be sharing today, I'm not sure what category it will fall into in the next couple years, but it's showing quite a few signs of a project ready to boom.

Key Indicators of a Boomer

And no, not that kind of boomer. 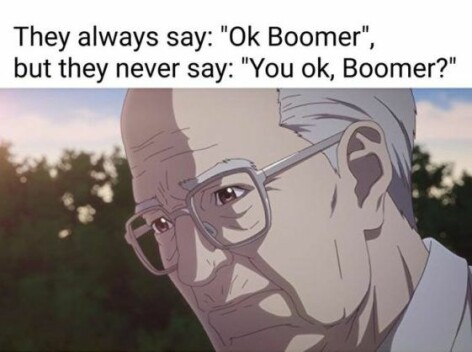 In my opinion, and obviously it's just my opinion, some of the key indicators of a project that's set to explode are -

The above aren't in any sort of order they're just what I normally look at when investigating whether or not to invest in a project. So let's get started with this supposed boomer!

Well now that I've rambled long enough, the project I've looked into and will be rating on the criteria above is ODIN Protocol (Open Data Interoperable Network). From their website, ODIN is -

..a decentralized system designed to build a data oracle network based on an open protocol for interaction between participants and a sustainable economy. In addition to organizing the data oracle network, ODIN involves building a decentralized peer-to-peer data sharing and trading ecosystem for delivering real-world data to onchain for various use cases such as DeFi, betting, forecasting apps, or NFT.

ODIN was developed by GeoDB, who developed GeoCash* - a Data Collection app that rewards users for sharing their data anonymously, as well as a bevy of other applications. ODIN launched in late April of 2021 so it is still an extremely new coin, price fluctuations will likely be great for the first little bit. Currently the best way to get ODIN is to go to Pancakeswap.finance or Windswap.finance and insert the contract ID from CoinGecko. With preliminary info out of the way, lets get into the Key Indicators.

They have 22 total people throughout the organization listed on their website, but here we'll focus on the founders and the blockchain manager listed there.

Sacha Gordillo (co-founder & COO) - Same as Luis, easy to find information but this time on CompassList, he's listed as having a primarily financial background.

Alexander Chevtaev (Blockchain Manager) - Once again easy to find, appears to be a professor of blockchain at IE Business School and is listed as co-founder or founder of several companies. The most notable one being SDX Network, what appears to be "compute to data" platform. Not sure what that is but sounds smart

Rating: 8/10. They all seem to be experts in their field, either as professors or previously starting up companies related to geolocation.

As I've said before I'm by no means an expert at this, but I did read through the 10 page document they have on their website outlining the tokenomics. From what I can tell it seems to make sense, ODIN was designed to be a governance token so they won't have the same tokenomics of something like DOGE. 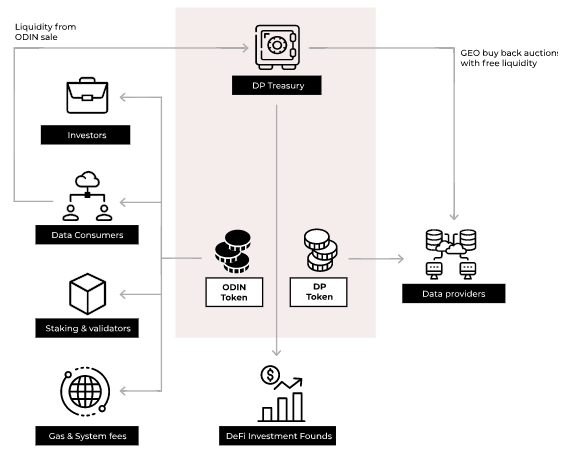 In a nutshell, data producers use GeoCash or other application to provide data to the network and receive GEO. Data consumers purchase said data and pay ODIN. Within the system there is an auction mechanism that is set to buy back a certain amount of GEO for ODIN. You can also stake your ODIN to validate data on the chain, that is capped at 12% APY. There's a lot more info that goes into this but my brain will hurt the more I try to explain and understand. I think you get the basics, if not there's always the document I referenced above.

I found quite a few listed but I'll just focus on the major ones here. So far they've partnered with Ocean Protocol, Chainlink, Rate & Grade, About Goods, Flame Analytics, Fleta, SmartKey, Credits and quite a few more.

This is essentially a who's who of big data crypto companies and solid partnerships overall.

Rating: 10/10. If we were to go just off who they're associated with it would be an easy buy.

Today we live in the Information Age and it really is true, Data has become the new oil. The value of Data drove Facebook, Google and others to become multi billion dollar corporations. What ODIN/GeoDB provides is a way for people to sell their data without having to sell their soul. Now I'm not some ODIN Zealot here, I have seen other companies attempt to do something similar to what ODIN/GeoDB is doing. However I've never seen an application quite like this. It seems that ODIN and GeoDB are building their project and company the sustainable way which I can always get behind.

Rating: 7/10. Even though data is the new oil, the tough part will be having competitive prices and unique data sets valuable to the right companies.

ODIN seems to be an extremely solid project, with a good team, solid tokenomics and kick ass partnerships. The only question mark for me is how they sell the data and to who. I've never been in the Big Data industry so I have no insight into what type of information companies need access to and exactly how accessible or the price they'd be willing to pay for it. Overall I'd give ODIN an 8/10. I can't go any higher with my lack of knowledge of the true market need. I do plan to pickup some ODIN for myself but I certainly won't be throwing my life savings in. It could be the next low market cap gem or it could be a complete bust. But signs seem to point towards the former!

With everything said above I'm a firm believer you should always Do Your Own Research. I'm by no means a financial advisor this is just what I like to do when I investigate a project and thought it might help somebody else out there, even if it's just what not to do. Just like with anything in crypto, ODIN can look good, smell good and perform good but time is the true revealer of intent. So just use your own best judgement. Don't just believe me because I'm some dude on the internet with way to much time on his hands to investigate all this stuff. Happy Earnings!

*If you want to start collecting some GEOs for free now, you can download the GeoCash app - here. And use the referral code JUNKMALE_RESQIP to get some free GEOs right off the bat.*

Thanks for reading this post that may have gone on just a bit too long. Let me know if you know of any other BSC Gems out there and I'd love to investigate! Don't forget to follow/like the post so I know to do more, if you didn't like it obviously don't do that.

Ledger Wallet - Get a $25 voucher when you purchase one of the most trusted Hardware Wallets out there.