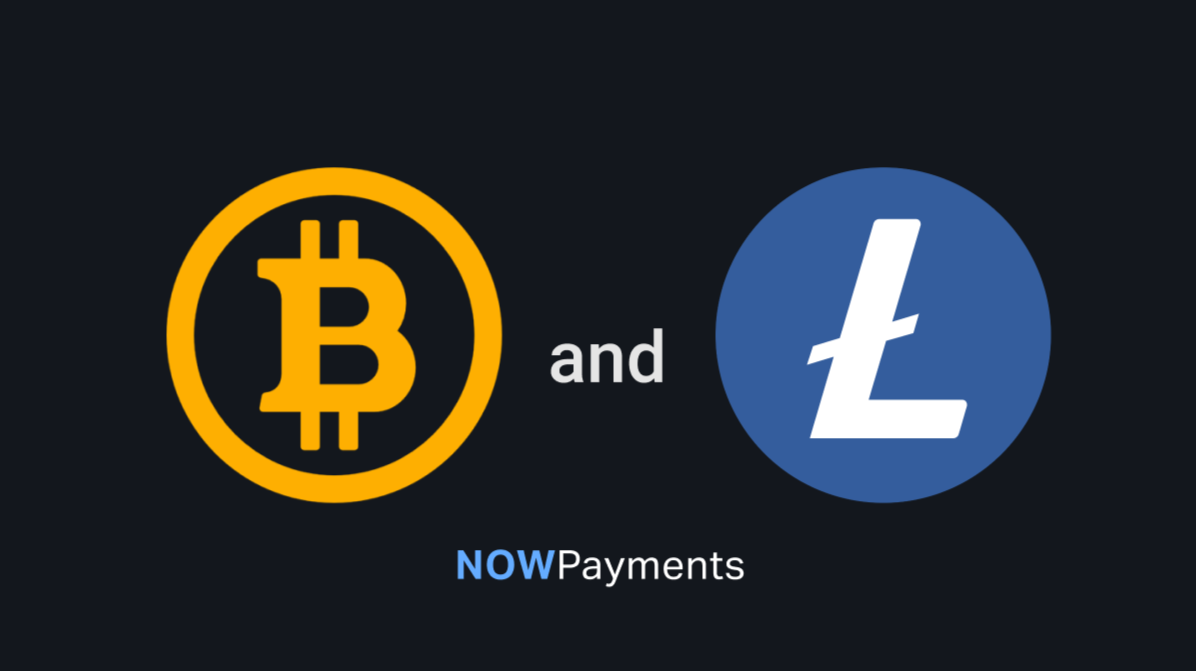 Anytime you wonder how to accept cryptocurrencies online, you inevitably come across the mentioning of Bitcoin and Litecoin, the “royal” coins. While BTC is widely referred as the «gold», LTC is considered to be as the “silver”. Both the two popular coins have much in common, being decentralized global digital currencies that are convenient to transfer via NOWPayments. However, many cryptocurrency owners wonder, what is the difference between Bitcoin and Litecoin. In this article we will answer the question.

Introduced in 2008 by Satoshi Nakamoto, Bitcoin has made headlines, got recognized as the «digital gold», faced phenomenal rises and significant crashes in value. This currency is known by all and everyone and is accepted by a huge list of services.

Litecoin, developed by Charlie Lee in 2011, peaked in 2011. The coin gained much attention, but it has never reached the popularity of Bitcoin, being treated as digital cash only.

Why BTC is called the «gold»? It is the most expensive cryptocurrency. At the same time, LTC prices are always cheaper. Though it doesn’t matter in the terms of investments or transactions, the prices count as the psychological element: lower costs make the coin more «underrated» with smaller speculation to come.

The main distinguishing aspect of the currencies is the process of transaction. Transaction confirmation takes some time with about 10 minutes per transaction of BTC and just 2.5 minutes for LTC. The thing is that LTC uses SegWit or segregated witness — data segregation built to increases transaction speed, while only 40% of BTC transactions use the same technology.

As a result, to save their time, some merchants may prefer to accept Litecoin. Others, on the other hand, claim that quick cryptocurrency transactions are less safer: the issue is moot, but the difference is clear.

Obviously, Bitcoin and Litecoin are technically different. Bitcoin is built with the help of SHA-256 algorithm, while Litecoin relies on Scrypt. The first one is considered to be more complex Because Scrypt allows regular miners often using CPUs (central processing units) or GPUs (graphics processing units), Litecoin is typically a more easily accessible way to mine coins than Bitcoin.

The number of total coins is another distinction. While Bitcoin can produce a total of 21 million coins, Litecoin is able to produce up to 84 million coins. Though you may think this is one of advantages of Litecoin, its amount doesn’t play much role, because both BTC and LTC are highly divisible and the minimum quantity of Bitcoin to transfer is the so-called «satoshi» — one hundred millionth of a Bitcoin.

Now you know the differences between BTC and LTC, but don’t forget that the market is constantly changing, so nobody can tell you whether Bitcoin or Litecoin is a better investment. However, both cryptocurrencies are reliable and suitable for online transactions. Especially with NOWPayments: sign up in a click and start accepting payments in BTC and LTC today.