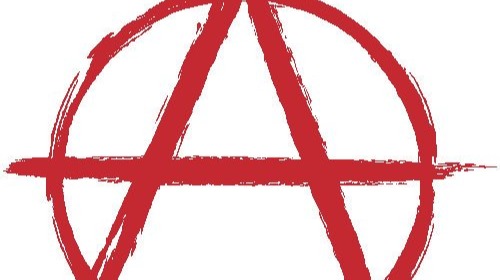 I am no longer a libertarian.

I Was Wrong About Anarchy and Libertarianism

If you ask nearly any good libertarian, what is the essence of libertarianism, they will tell you:

And it will satisfy most who hear it, except those who wish to add a whole laundry list of their pet causes.

Then you go and take The World’s Smallest Political Quiz and if you are smart, you try to score a perfect 100% for each of Personal and Economic Freedom.

You will say you are a small-l libertarian rather than a big-L Libertarian, because you know the Libertarian Party continuously pushes warmed-over Republicans or Democrats who have never read or heard of Mises, Rothbard, or even LRC. They may know Cato, or Reason.

Nevertheless there are libertarians who “get involved” with the libertarian party, or even other major parties, to run or support candidates.

There is even a “Mises Caucus” in the Libertarian Party.

I tweeted to Mises Caucus in so many words that it was misguided as an effort, before I left Twitter, and I was not a member of the National or even a State LP. Sure, my name might be still on the rolls somewhere if you look for it, because I used to get their mail and email.

So here is the point:

So, there is a Mises Caucus whose efforts are to support the best, most well-read and aligned to Mises/Rothbard to win the Presidency of the United States, for example. The best candidate in recent memory that they would have loved for LP President, would have been Ron Paul, the long-time Republican of Texas.

And now, after scratching my head for years- I can say what troubles me.

The main difference between a minarchist and a totalitarian is time preference, on the downward slope to tyranny.

(Don't be a minarchist, respect the NAP and be an Anarchist.)

But here is the point- I used to think that to be a perfect Libertarian, you had to be an anarchist. That is wrong.

A Perfect Libertarian is a political animal.

In other words, there are those who claim to be libertarian and they do NOT vote, this is a non-sequitur.

Libertarians accept the Political outcomes of elections as they contend for the same political power. (repeating)

Libertarians accept the Political outcomes of elections as they contend for the same political power.

They may claim they will exercise less of it, or that they will return the office to its “Constitutional limits,” but the office exists. They might even suggest agencies of government to abolish, while leaving many others in tact or at least operational.

And yet, a Libertarian, and an otherwise “so called” or even “self-described” Constitutionalist, will not at all have similar core beliefs, even when they claim to be “Strict Constitutionalists”.

They may claim to have an affinity for Lysander Spooner, but this again, as a Libertarian, is a non-sequitur- for those who otherwise would accept returning to a “Constitutional Government” or who still want certain government functions or agencies in tact.

In short, claiming to be libertarian and supporting Anarchy at the same time is illogical.

The only true Anarchist position is NO Government. It is in the very definition.

So, if you want to be against the government, being a libertarian is literally only arguing for how big a Leviathan you want- because you will not get a small government, that you can flush down a toilet. Instead, you will get a government that is so large it will tell you how much water is in each flush. Meanwhile it will tell you what is acceptable to think, speak, and act and anything else will be a crime punishable up to death, while the only reason you are not already dead is sheer luck or determination on your part.

How many times have you heard, “I think government should defend life and liberty with police and military powers, and that’s it” ? (or similar) The government cares not for your opinion.

Why is the Anarchist position the only position for liberty?

Because the history of the world is that Government is a Monopoly on Force, an instrument of Control and Oppression over populations within “jurisdictions” which act on behalf of the $HNW High Net Worth Individuals, and Multinational and National Corporate interests. These layers-upon-layers of jurisdictional control execute policy over the populations within their geographic and economic influences. Having debates over which is better: Communism, Fascism, Socialism, or Democracy is rather pointless in a system where communist, socialist, an democratic regimes all force down the same genocidal policies handed to them by the same $HNW individuals and Multinational Corporations.

We must RAISE the Cost of Our Oppression. It must become Cost Prohibitive. Right now, we are trading with “money” from the oppressor who has the Counterfeiting Printing Press to print as much Oppression as it wants or needs in any geographical area or the whole world. Why are we all Oppressed? Because it is Free- it costs nothing.

How much is your life, and the lives of the Global Population worth?

It is currently on the open market for $Zero. 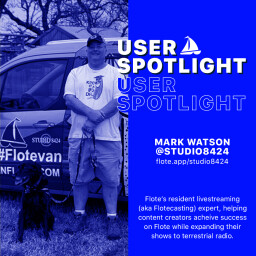 Mark R. Watson (send email) is a #Flotecaster with his own Unlicensed Internet Radio/TV Station @STUDIO8424LRN , the First Always-on #Flotecaster and spends time helping Content Creators to operate their own Always-on channels on Flote.app. He lives in the Smoky Mountain region with his wife Tam.  Follow him on Flote @Studio8424 and @markrwatson

Did somebody say blockchain?

Welcome to No Earthly Rulers (NER). A Take on the First Commandment that far too many people refuse to understand. See Exodus 20:1-3. This means, you shall be the slave, or in bondage to no man. No earthly human has the right to rule you, you have no right to rule over others. The Ten Commandments, Public Domain https://www.biblegateway.com/passage/?search=Exodus+20%3A1-17&version=KJV&interface=print