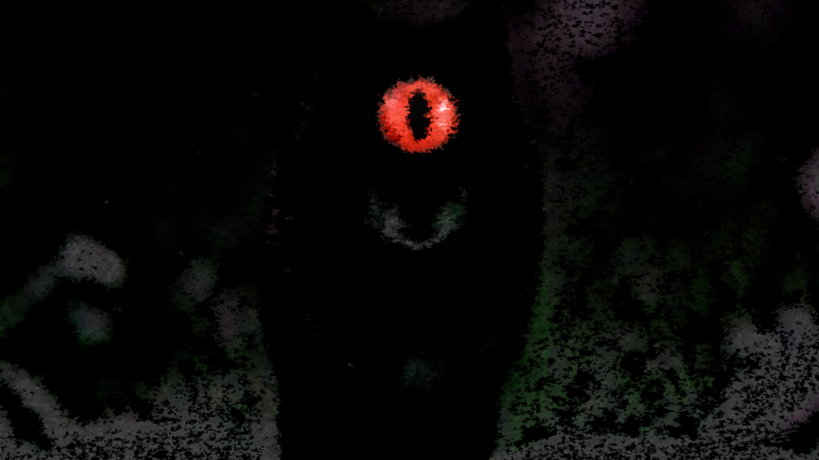 The Folklore of Black Shuck

The British Isles is an ancient place steeped with robust folklore similar to their full-bodied tea.

Samhain is fast approaching and many folks are reminded of carved pumpkins, ghouls, witches and black cats who enrich story telling around a camp fire, bon-fire or even lounging by a fire crackling in a hearth. We’ve all heard tales of black cats time to time such as the Celtic tale of Cat Sidhe who haunts the rural regions of Scotland.

One particular fearsome black dog that comes to mind is “Black Shuck”, “Old Shuck,” meaning “Old Shock.” This ferocious beast is enormous pitch black with red glowing eyes like ember flames. Black Shuck is similar to a Hell Hound, it has scarified the good folks of rural East Anglia since the 16th century. Black Shuck roamed the countryside hunting down its next victim. One look into its fiery red eyes would be enough to instil a curse upon its victims and syphon the life out of them. According to the Daily Mail UK 2014 Archaeologists discovered a 7 foot black canine weighing in at 200 lbs. in Leiston Abbey Suffolk, UK. Could this be the physical Black Shuck?

Black Shuck appeared to some villagers during a violent thunder storm on August 4th 1577 including a church named the Holy Trinity Church in Blythburgh, Suffolk, England. 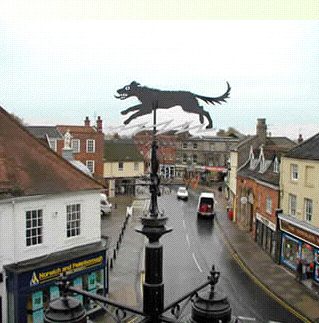 The terrified folks ducked inside the church from the intense storm for protection. during this storm a crash of thunder accompanied by a flash of lightening enabled the front church doors to spring wide open and the vicious hell hound stormed into the sanctuary, killing a boy and a man in its path. The Church steeple came crashing down and frightened Black Shuck out of the Church. This demonic dark hound of death left its mark of three singed claw marks on the front door of the church that are still there today.

The Folks of that region were not off the hook quite yet, later that same day twelve miles away Black Shuck on his rampage killed two members of St. Mary’s Church, Bungay, UK.

The Reverend Abraham Fleming penned in 1577, the description of Black Shuck in his brochure termed, ‘A Straunge and Terrible Wunder.’ (Old English)

He wrote: ‘This black dog, or the divel in such a linenesse (God hee knoweth al who worketh all,) running all along down the body of the church with great swiftnesse, and incredible haste, among the people, in a visible fourm and shape, passed between two persons, as they were kneeling uppon their knees, and occupied in prayer as it seemed, wrung the necks of them bothe at one instant clene backward, in somuch that even at a moment where they kneeled, they strangely dyed.‘ 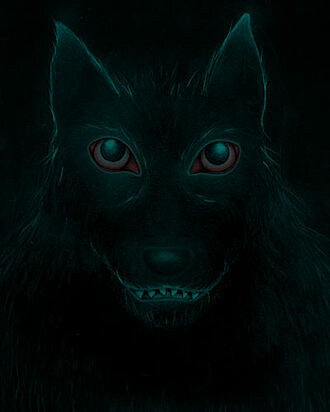 Today there are still sightings of Black Shuck across the countryside of East Anglia, though it seems no one of late has been harmed. Since this recent discovery of Black Shuck’s corpse, will it help Old Shuck stop his vengeful attacks on the villagers and finally rest in peace?