Double It By Christmas 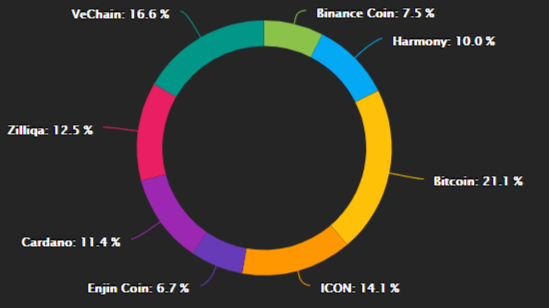 Double It By Christmas

This is my personal portfolio with a goal of doubling my initial investment, the other main goal was and is to invest in solid projects with good long-term potential and I believe I have found projects that fit with in my criteria.

Cardano – Also known as ADA was a no brainer for me, at face value it was Ethereum with lower fees but lacks the ability of smart contracts at this stage. This will be mitigated by the Alonzo hard fork that is projected to roll out in late August to early September. I believe that once smart contracts are available on Cardano we will see a large influx of projects being built on the platform which intern should reflect in the price of the coin at the writing of this Ada is worth $1.30 (USD) Staking is available with an APR of 5%

Icon – Also known as ICX this for me was an interesting one, Icon is designed to connect various blockchains together and give the community the freedom to choose or customize a blockchain to fit their needs with allowing use of different consensus algorithms with in the icon network, Icon seems to be focused on blockchain interoperability and the Finance sector. Personally, I had confidence in the project after reading through their whitepaper and interacting with the community, this project is a slow roller but I feel that it could be one that sees wide adoption in the future and could see rapid groth once it has adoption – Staking is avalible with an APR of 10% - ICX is currently at $2.20 (USD)

VeChain – Also known VET is a utility coin that is tackling multiple real-world issues and has a variety of use cases such as,

I fell that the use case of Vet in the business sector is strong and all that would need to happened for this project to appreciate in value is to see a company adopt Vechains technology and impellent it with in their business, this would also have domino effect in my opinion on other businesses to adopt the technology. Vet is currently $0.20 (USD) you also passively earn Vtho just by holding Vet . Vtho is a sister coin to Vet , Vtho is used as gas for Vet transactions.

Zilliqa – Also known as Zil is a smart contract platform using a network sharding blockchain, it primarily uses proof of stake to secure the main blockchain but also uses proof of work to secure the shards, its main focus is on decentralized applications from Dex to on chain games and NFTs accessed through Zilliqa planet wallet. With how large DeFi has gotten and how expensive other DeFi orientated coins are I can see Zil going through major adoption in the future when the “common man” is priced out of other markets, you can also at this time purchase a decent number of coins for a reasonably cheap price which people seem to enjoy and, in this instance, benefits us the more coins accumulated now means more profits in the future if the coin appreciates. Staking is available with an APR of 10% to 15% - Zil is currently $0.20 (USD)

Harmony – Also known as ONE, it is similar to Zilliqa but arguably a better project but that’s up to you to decide personally I'm invested in both and for me that was the smarted decision as I feel that there is enough room in the crypto space for more than one smart contract coin.

One is a fast smart contract platform that uses sharding but supports 4 shards and 1000 nodes in 2 seconds, Ones main goal is interoperability for Btc and Eth by the end of the year and are actively working toward full interoperability for Btc, Eth, Dot and Cosmos to create a cross chain frame work. Harmony uses Proof of stake and is working with partners to develop and integrate NFTs, stable coins and Defi applications, there are some Defi apps such as viper swap and mochi swap but harmony is still in its infancy. Staking is available with an APR of 10% - ONE is currently $0.13 (USD)

Enjin – Also known as ENJ is a NFT focused gaming orientated blockchain that’s main goal is to give the ability to developers and uses to create, transfer, trade and sell in game items and to tokenize assets to create a wide market place. For example you have a legendary axe in game A and you don’t need it well you could mint it into a NFT and list it directly in game on Enjins marketplace where others can buy and sell with in the game or directly on the market place website , once you have sold said item you would receive ENJ that you then could use to buy another item either in game A or you could choose to buy an item in game B if you didn’t want to do either you could then sell your ENJ for its Fiat value. The gaming industry is massive and I see Enjin as the next evolutionary step, it would only take one game to garner popularity or a major game to adopt the technology for Enjin to be intertwined within the gaming industry – ENJ is currently $2.56 (USD)

Granted a lot of these coins may take some time to amass adoption but I believe that all these projects will see steady growth in the future and they all have the ability to increase in value exponentially in the midterm. I would like to say that around 20% of this portfolio is currently in Bitcoin not only for the ability of catching quick dips but also for portfolio security and 7.5% is currently in Binance coin for two reasons one short term profits as Bnb grows rapidly as an Eth alternative but also for buying dips.

Footnotes – Binance coin may deserve a spot on the list and I would not disagree with anyone that says to invest in Bnb in the short term but the main reason Bnb isn't a main priority for myself is because when the bear market hits and trade volume on binance drops so will Bnb coin , you could say that all coins will and you would be correct but in my opinion coins that are tied to projects that are well founded , have more than DeFi to offer and have a large market cap staked such as Cardano will hold their value more than Bnb , but on the other hand if the bull run continues into 2022 then so will the price of Bnb the million dollar question is how far will it go during a continued bull run compared to other projects mentioned above . For me Binance coin is a double edge sword yes, its intrinsically tied to Binance and you could argue that, that in its self is enough of a project.  You could also argue that this is its biggest down side as well. This is why I only hold 7.5% I would consider a 10% weight but only in dips where I can see clear opportunities and I could see a scenario where the percentage weight of Bnb in the portfolio could be 0% to 5% depending on market conditions.

These are current percentages not final , they will change as time goes on and new entry points open up , the coins will remain the same . 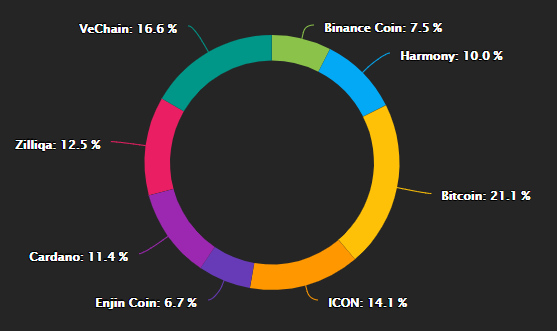 Armature crypto and stock investor , incapsulated within the crypto sphere and here to post my opinions, talk about the coins in my portfolio and share my research on Crypto projects. 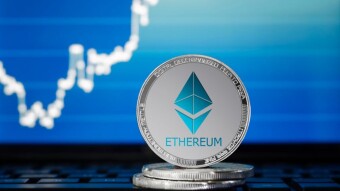 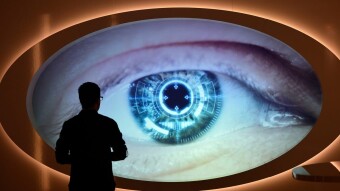 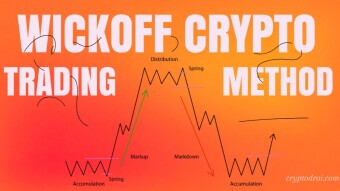