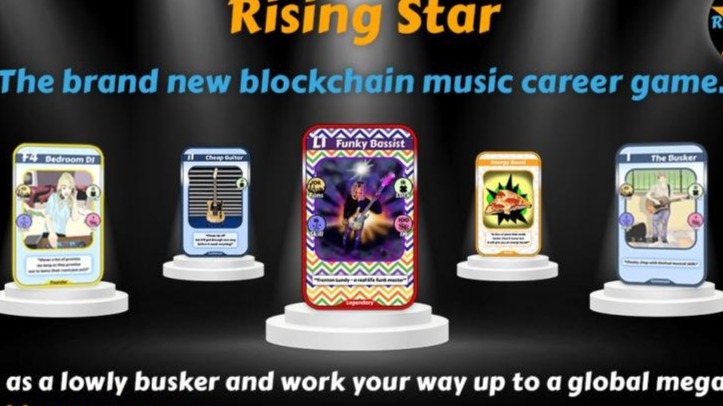 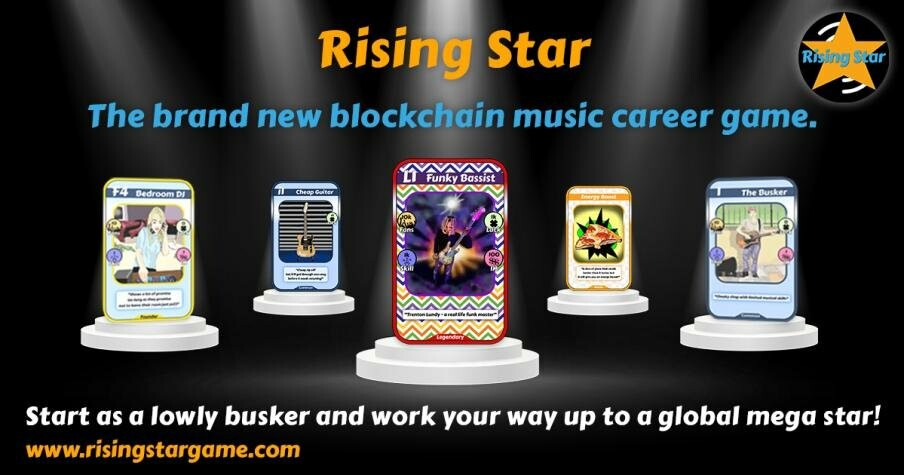 In my last post about Rising Star I talked about my plans to acquire the Metal rock Drummer, which I did, giving me a nice boost in permanent Fans, but not quite enough to push me over the 400 mark, which would let me run the first Tier 2 mission whenever I wanted instead of relying on the ever fickle Drunk Fans to show up.

So I had my next goal! Accumulate more than 400 permanent Fans. I took a look at the market to see what it would cost to buy a 100 Fan card. The prices were in the 10-12k Starbits range. Doable, but it would take a while. Then I checked the 50 Fan sales and saw some available for 3650 Starbits! Well that was certainly a no-brainer, and I set off on a money making mission!

I put in some effort, keeping a tab open to the game through large portions of the day and running missions as often as I could, with a focus on bringing in cash. I worked my way into enough capital to buy one 50 Fan card, and a second. Then a funny thing started to happen. The liquidity in the 50 Fan Boost card market increased dramatically. And with more cards for sale, there was more price competition. From 3650 it dropped to 3000, then 2800, then 2500, and so on, until right now I could buy a dozen 50 Fan cards for 1400 Starbits each! And buy them I have at every opportunity. 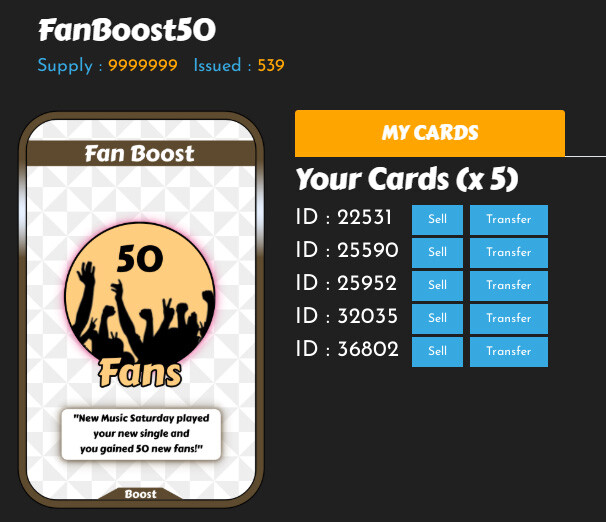 Once I hit my 400 Fan goal, I fell into a new earning tactic. With Pizza Box in hand, and the ability to click on Start Mission one or two dozen times a day, I focused on the lowest Tier 2 mission, the Radio Interview, and my highest potential earner, the Saturday Night Headline. The Saturday Night Headline uses 100% energy and also takes 3 real time hours to complete. So I only run it when I have full energy (though I guess that much is obvious). Otherwise, I run the Radio Interview, which only uses up 15% of my Energy and takes 5 minutes. So I can run through six of them in a little over 30 minutes. And while I'm running those six missions, I seem to have a pretty good chance of picking up a Pizza, which is stored in my Pizza Box until my energy gets low and a need a replenishment before running the Headline mission. And it's not uncommon for me to find another Pizza slice while my Pizza Box is already full, giving me another free shot at the Headliner slot!

This has turned into a pretty nice, continuous feedback loop. If you actually stayed on top of it all day, you could earn a significant number of Starbits!

The Fan requirements for the Tier 2 missions ramp up pretty steeply. From the 400 for the Radio Interview you have 500 for a Radio Studio Session, then 750 for a Shopping Mall gig (WTF? Shopping Mall?!? Who am I, Robin Sparkles?!), 900 to Record a Demo, all the way up to 1500 for Band Auditions, which are part of the gate for Tier 3.

So I'll continue my slow climb up the local gig circuit, 50 Fans at a time, though damnit, I refuse to ever run a Shopping Mall mission! Except perhaps in an ironic manner. I'll stick with my current pattern until I'm able to Record Demos. Then it might make sense to throw a few of those in also. After all, who doesn't want to hear a new band's fresh demo!?

Just today the game developer announced a special Halloween event, running until November 1st. It does require an 'Undead Fred' card, which is only available from new pack purchases or those selling them on the market (which is currently, one, at the low, low price of 500,000 Starbits!) (◔_◔)

If you're interested in playing you can use my referral link or hit wwww.risingstargame.com directly.