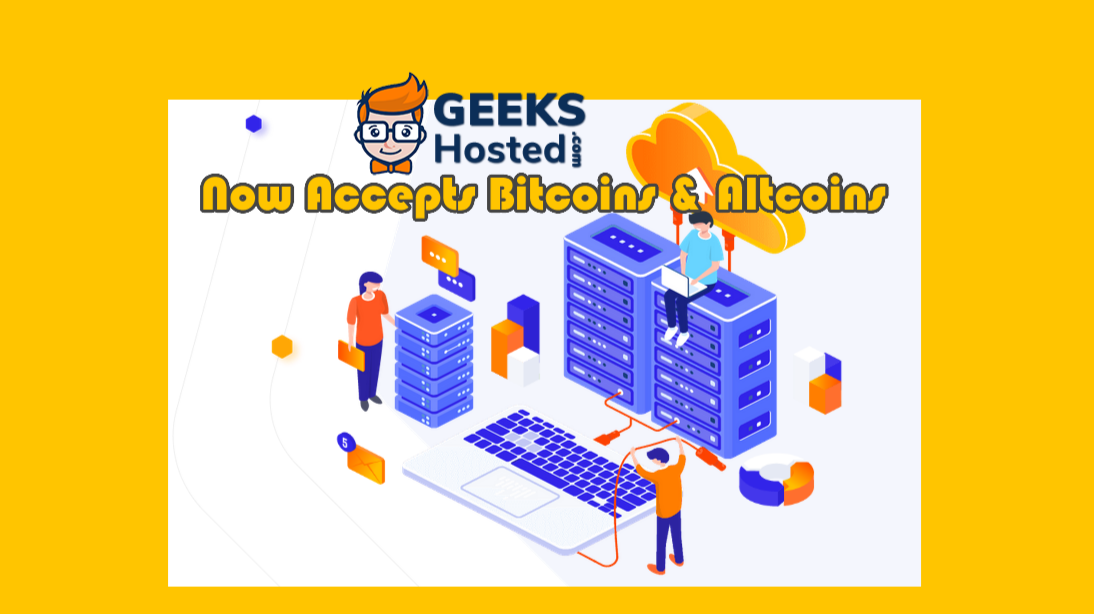 GeekHosted, a major webhosting service has finally added several cryptocurrencies as payment solution to their growing business. There are about 50 cryptocurrencies to choose from aside from Bitcoin. These include major coins such Ethereum, Ripple, Tron, EOS, Litecoin, Dash, ZCash, Bitcoin Cash, Dogecoin and Basic Attention Token.

Back in 2014, the company ingeniously introduced Bitcoin as one of their earliest payment option. Shortly after, altcoins were also added which turned out to be a game changing market strategy.

It is worth to note that the team behind the success of GeekHosted has a reputation to listen to the voice of their customers. The team made a fortune not only for their quality services and cutting-edge webhosting solutions but also by prioritizing the popular demands of their patrons. In which, one of the most requested is the use of alternative coins. 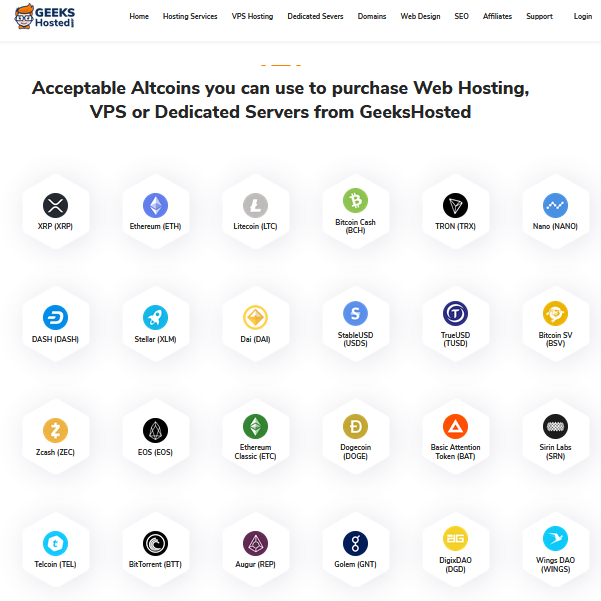 Geekhosted may not be the first to jump in the cryptocurrency bandwagon, yet it is one of the biggest name in the webhosting arena that became an early supporter. It started in a very humble beginning with just 10 people running a company that can barely compete against their rivals. But within 6 years from its inception, it became one of the most innovative and highly reliable services that are on par with GoDaddy, Bluehost, HostGator and other webhosting giants.

This sudden shift of tides started by online companies to adopt Bitcoin and altcoins will definitely bring us closer to a future which esteem crytocurrencies as the major player in global scale remittance and payment services.