Another promising horror movie is coming in less than a month named Wounds. It’s produced under the production of the Hulu TV network (one of the companies under the umbrella of The Walt Disney Company), which is getting aggressive with great new TV Series, but lately, also by movies.

The evening has started very quietly in the peaceful bar in New Orleans, but then some young guys started a fight. A bartender has successfully separated them, but one of them forgot his cellphone. After picking up a phone, mysterious and disturbing things begins to happen to him... 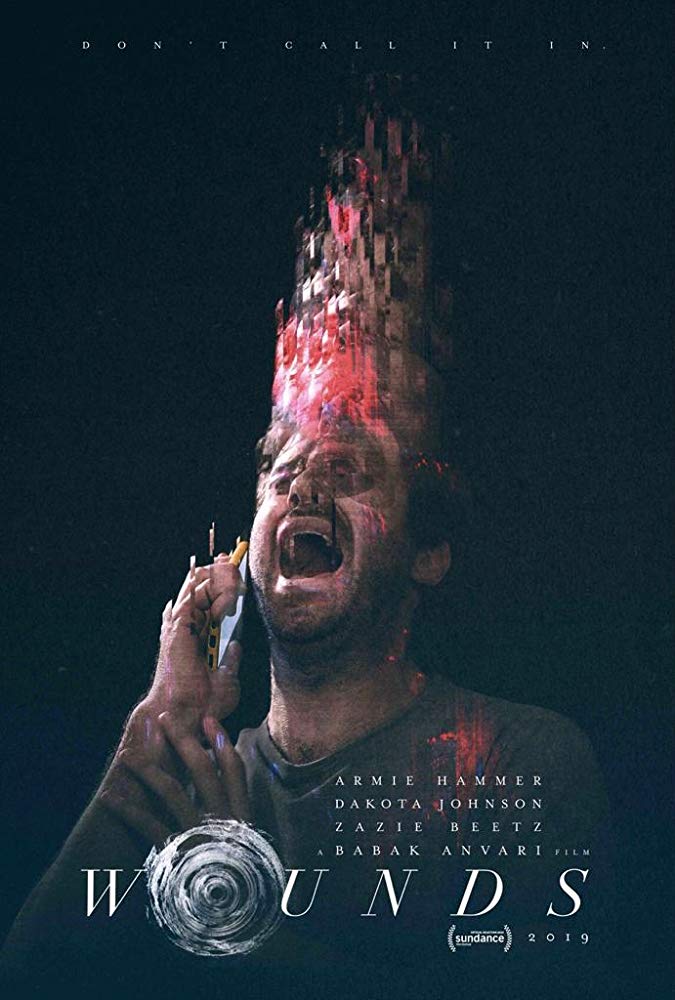 The movie is written and directed by BAFTA Film Award winner Babak Anvari which he has received for the awesome movie Under the Shadow from 2016. The film Wounds is his second full movie. He has done a few short movies like Two & Two (2011), Solitary (2007) or Creed (2005).

Take a look at the official trailer for Wounds movie:

The movie Wounds will come to theaters on October 18.

You can find more details about the film at https://www.imdb.com/title/tt5913798