Another great movie from Netflix is coming this fall on our favorite TV channel with some great actors in the main roles. The film is called The Laundromat and it is partly based on true events from the real life of some of the wealthiest people in the world.

A disappointed widow, after the death of her husband, investigates the insurance company of her passed husband. It leads to a Panama City law firm (Oldman and Banderas), which are exploiting the wealthiest people and financial system in general. Can she stop them? 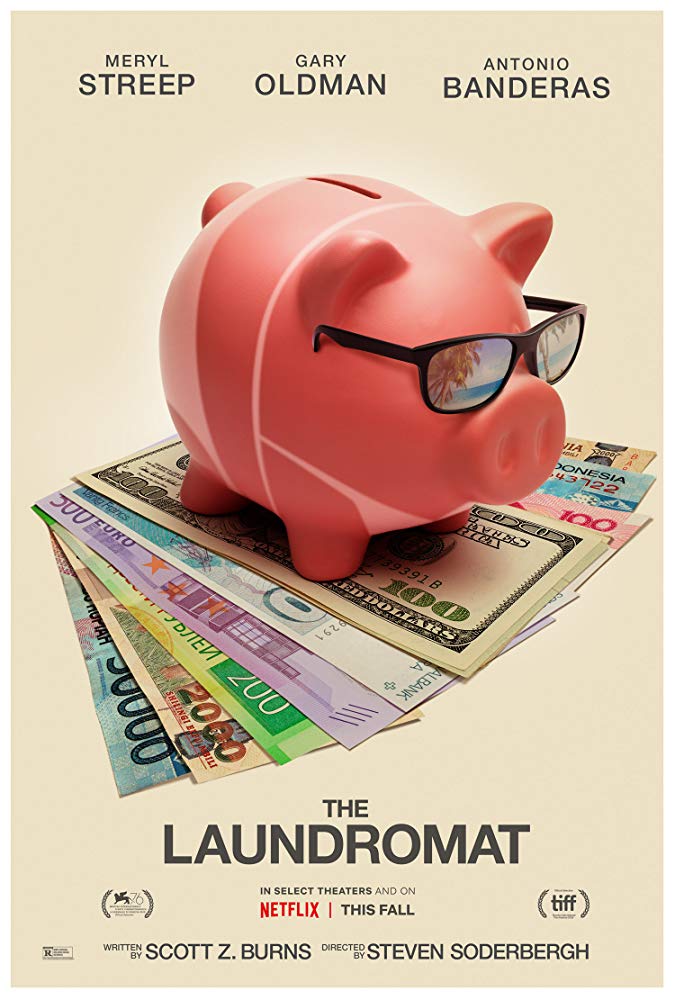 The director of the movie is a well-known filmmaker and Oscar winner  Steven Soderbergh, known for films like Sex, Lies, and Videotape (1989), Ocean's Eleven (2001) or Erin Brockovich (2000) with Julia Roberts in the main role. The movie is based on a book by Jake Bernstein, and the screenplay is written by Scott Z. Burns, known for films like The Bourne Ultimatum (2007), The Informant! (2009) or Contagion (2011) with Matt Damon and Kate Winslet in the main roles.

Take a look at the official trailer for The Laundromat movie:

The movie The Laundromat will come to the cinemas and Netflix this fall.

You can find more details about the movie at https://www.imdb.com/title/tt5865326/