I have been left without new trailers, so I had to dig up the Internet for some “older” ones, and I found this. I don’t know how to start this review, except that I’m really don’t get this kind of movie, but I’m probably too old for it… The younger generations will maybe like it, but you can check the trailer anyways. It is already in the theaters so you don't have to wait to watch it.

A bunch of young YouTubers and social influencers are traveling by plane to Australia where is held the largest social media convention. Logan Paul is flying for the first time and he is scared to death. Passengers refuse plane rules about switching off their cell phones to airplane mode… Every minute there is another raising problem… Will they survive the trip? 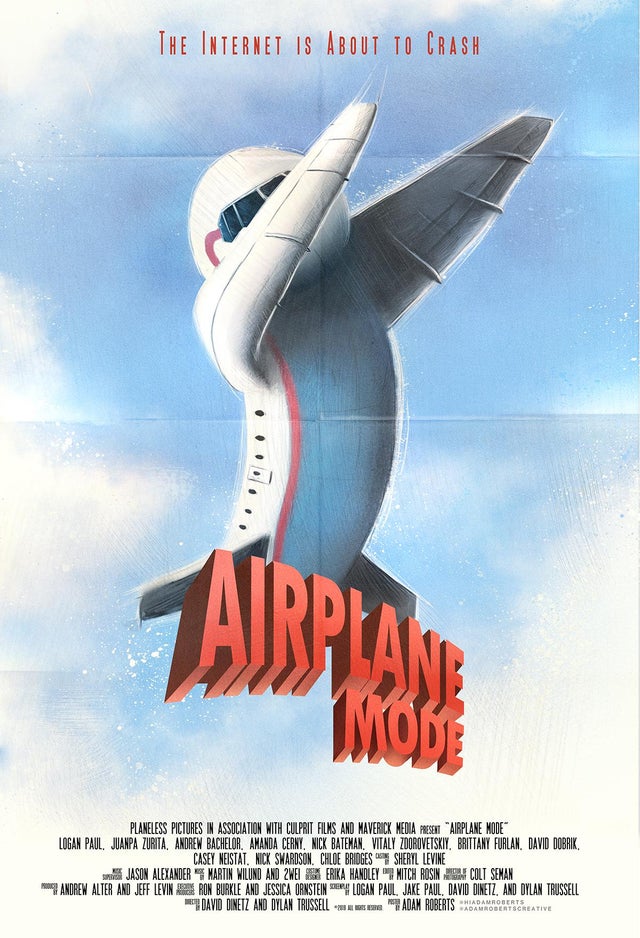 The movie is directed by David Dinetz and Dylan Trussell, not so known directors and they have done a few short films like Chainsaw (2015) or Finance Before Romance (2009). They have also written the film along with Jake Paul and Logan Paul.

Take a look at the official trailer for Airplane Mode movie:

The movie Airplane Mode is already in theaters.

You can find more details about the film at https://www.imdb.com/title/tt5617916