ESPN Global to launch a gaming platform fueled by cryptos

ESPN Global to launch a gaming platform fueled by cryptos

Crypto adoption took another step when ESPN announced the launch of a gaming platform with Cryptocurrency payments.ESPN is an American company owned jointly by The Walt Disney Company and Hearst Communications. The company was founded in 1979 by Bill Rasmussen along with his son Scott Rasmussen and Ed Egan.

According to an announcement ESPN Global published, the E-Sports Programming Network’s gaming environment will allow users to compete with each other in various games and in various tournaments, where they will be able to make money.

Chris Parker, one of the Directors of ESPN Global, was quoted as saying:

The platform is also integrating an online treasure hunt, Satoshi’s Treasure, with $1 million worth of bitcoin to be split among 1000 winners.

ESPN Global expects to launch an initial exchange offering of its Smart Gaming Token (SGT) based on the ERC-20 platform.

“From the day we start our operations, we will be giving airdrops of SGTs to all registered players as a gift,” said ESPN Global director Chris Parker.

he current valuation of SGT airdrop is $0.001, expected to increase with the growth of the gaming community.

In this blog, I will collect news and interesting developments around the world of Cryptocurrencies! 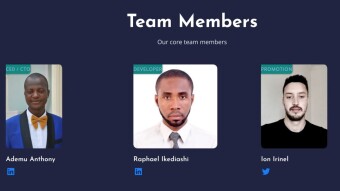