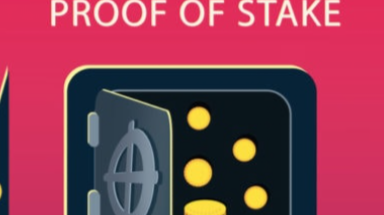 I enjoy staking, and I also enjoy stacking.

Both are quite easy, and there are literally hundreds of sites that give you sats for seconds of work, or minutes, depending on the task of course.

Staking is the absolute easiest way to earn a passive income, because all you need is the required amount of coins to put into staking, and leave it be.

I am a HUGE fan of staking. So huge in fact, that my portfolio is made up of mostly coins that use that protocol. POS, no, not THAT p.o.s., but Proof Of Stake.

Almost daily I am looking for a new POS coin. Why? Because passive income my friend.

If POS existed back in 1995 when I turned 20, today I would be a trillion times more rich than I am now.

The reason is because back then, before I was a knucklehead idiot street urchin, I actually had my head attached to my shoulders.

Back then, my uncle was sort of like my conscience, and he really wanted the best for me.

He even helped me with my first CD, (Certificate of Deposit) worth at the time, $2,300. It was for 10 years, and the interest over that time would have ended with an account of a little over $11,000 USD.

But a year and a half before it matured, I actually went to a lawyer and forced my uncle to get it out, because I was a loser.

He did, and instead of getting a lot of money, I got $2,300. But 8 years later the value of that money got me fewer things.

That was a chump move on my part, I know, and it took my uncle many years to forgive me, but he eventually did.

My point was that if it were POS coins instead, you are probably thinking, well, you would have just done the same thing...but no, I don't believe I would have.

At that time, the mighty dollar was all I cared about, and getting my fix any way I could.

POS coins would have been meaningless internet "things" to me, really worth nothing.

They would have stayed staking from 1995 until 2019, (the time I came back to my senses...HAHA!) and the rewards would have been astronomical.

There is a debate concerning pow vs pos, and to be serious, yes, pow does use lots of power, but in reality, using hydro, or solar, or other forms can reduce the impact...but...

But the point is that proof of stake is going to win out. I believe that over time, new things will pop up, but POS is the game winner.

I am looking for more projects that give out POS coins, and wallets where I can stake them.

Let me know which ones, besides the already known ones, that give out great staking rewards and have a promising future.

I look forward to seeing which new and up and coming projects are available to make a passive income.

Thanks for reading, and have a great day.