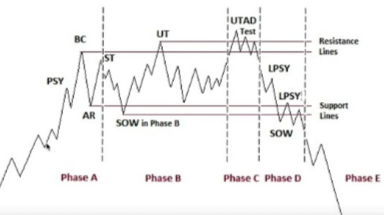 A Theory As To Why Bitcoin is Severely Undervalued...

I remember back in the day when people would say things like, "1 Doge = 1 Doge".

I have argued that all cryptos need to be this way, but in reality, none of them are.

We have witnessed the volatility of crypto for the last 10 years, and it too hasn't changed.

So what do we have?

A highly volatile, crypto asset that is valued in USD.

People use this to their advantage and manipulate the price, and with it tied more closely to the stock market than before, it is easier than ever for just a few people to bring it down..

It's as if Bitcoin were pegged to the NYSE.

As several articles have said in the past, Bitcoins price is now an indicator of how the stocks are doing.

If we see the price plumit, then normally the NYSE goes with it or shortly after.

There is a way to manipulate anything, if you have the know-how. People have been doing it for years. And they are doing it to Bitcoin.

I'm not going to say that because you are the biggest guy on the block, everyone wants to take their turn at trying to bring you down.

I won't say that it's because people are trying to get their hands on as much as they can before the price skyrockets.

I may also be wrong in that the manipulation is due to people trying to destroy it by pushing the price down so people will abandon it.

But one thing is true...it's being manipulated.

In the thumbnail, we see the stock market manipulation chart, and Bitcoin follows it perfectly.

The ups and downs, spikes and drops...it's all there.

We need to find a way to unchain Bitcoin from the markets. A way to break free of the binds to greedy men, and women.

Unchain from the manipulators, and the short sellers.

How to undo what's been done, and make 1Bitcoin = 1 Bitcoin.

Let me know in the comments below...