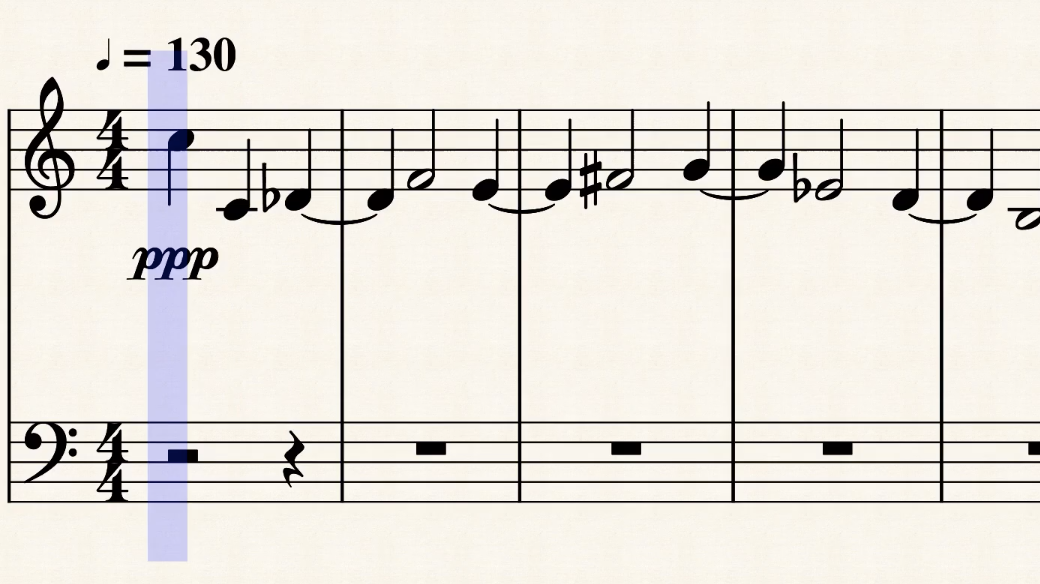 A two-voice canon by inversion at the fourth (or eleventh) on a chromatic subject that could almost pass for a twelve tone row. The Lutheran hymn "Jesu, meine Freude" intrudes at 2:27. No particular scoring, but here played on a pipe organ using a reed stop mixture. Note that there are passages where the imitative polyphony gives way to freer (though sequential) counterpoint, as well as two passages where the texture "thickens vertically."