“For How Long?” Song of Sahar | The New Generation of Iranian Female Singers!

“Sahar Mohammadi” is a rare female Iranian classical singer and one of the talents of the new generation of Iranian music, who, despite her remarkable brilliance in this field, has faced numerous obstacles due to being a woman. And just releasing some music videos has caused her a lot of trouble! 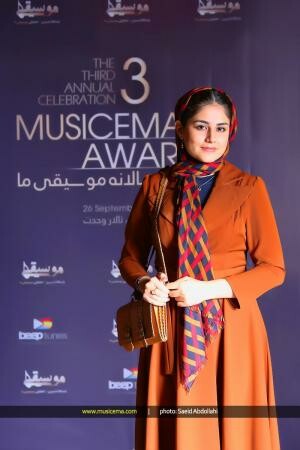 In 2014, several clips from the music group "Mah Banoo" were released on the internet, with the performance of  Sahar Mohammadi and Horoush Khalili as several female musicians played with them.

In June of that year, members of the band were tried behind closed doors on charges of "collaborating in the production and release of a video clip of two women singing."

After that, Sahar Mohammadi announced in an interview that despite her acquittal in court, the deprivations and bans on her work and teaching continue. 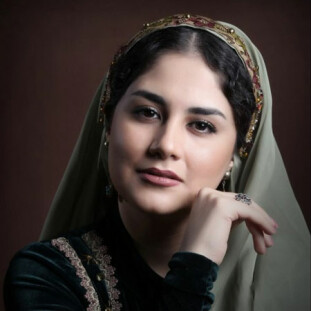 In 2015, Saadi's opera with the performance of Sahar which was scheduled in Shiraz on the day of Saadi, a prominent Iranian poet, was canceled due to threats from extremist groups.

In April 2016, some pro-Iranian websites claimed that Sahar Mohammadi had become unveiled abroad and had given a concert in London.

Twice since then, her concerts have been canceled due to threats of bombings abroad.

Footnote: This song is in memory of Asieh Panahi and Romina.

Asieh Panahi was an old rural woman in Iran. She was trying to stop municipal officials not to destroy her house, so she sat on their bill loader, and she died as they used excessive force with tear gas. 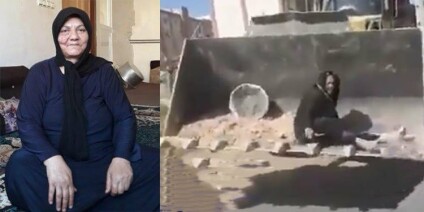 Romina was a 14-year-old girl who wanted to marry a man against the family's consent, and her father killed her in sleep. 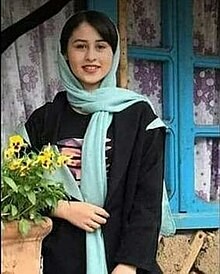 For how long in sorrow?!

Under the hands of men

For how long being prisoners?

For how long in silence?

For how long in silence?

No one knows, and no one cares about good or evil

O men of Iran, aren't women human being as well?