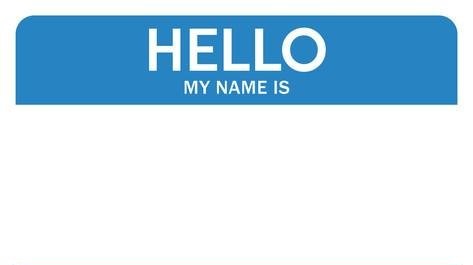 My favorite nicknames in sports I think one of the most underrated aspects of sports are all of the great nicknames. I don't know about you but if a guy has a solid nickname I will always remember him, no matter how mediocre of a player he is. So with this post I wanted to take a little time to share a few of the nicknames that have always stuck out to me. Lets kick this off with probably my favorite hockey name of all time... Pat Verbeek played for 5 teams over his playing career in the NHL and while I was always aware of him, I didn't really pay much attention until he signed with my hometown Detroit Red Wings. He apparently earned the nickname in 1995 after a teammate of his was dubbed the big ball of hate. Standing only 5'9 Verbeek was never afraid to go in the corners and mix it up with much larger players. He more than lived up to his nickname with his tenacity and chippy play and lets be honest, the little ball of hate is just a badass nickname. Next up from the world of MMA- Boxing and MMA are a bit different in that just about everyone has a nickname, so only the truly memorable ones stand out. Enter Wanderlei Silva, a Brazilian mixed martial artist who has competed at the highest levels of the sport. He holds records in PRIDE fighting for wins, knockouts, and title defenses as well as a knockout win in the UFC over Keith "the dean of mean" Jardine (also a fantastic nickname). Silva earned his nickname after he won the cruiser weight title in the International Vale Tudo Championship, a Brazilian MMA promotion. While he is now at the end of his fighting career "The Axe Murderer" is still just as intimidating as ever and I can't imagine too many people would willingly want to fight someone so menacingly named. Switching over to baseball, it was hard to pick just one but I went with- This one is a little tougher for me because I don't actually like Pedroia very much but happen to think its a damn good nickname. He actually has a few recognized nicknames but this is my favorite of the bunch. Dustin Pedroia plays 2nd base for the Boston Redsox and is now in his 11th season with the team. He's a 4x allstar, 4x gold glove winner, as well as winning the 2008 AL MVP award. Nobody is really sure why his teammates started calling him the muddy chicken but at some point in 2011 it hit the media and has stuck. Moving on to the NFL-

Marshawn Lynch has always been one of the more colorful characters in the game of football. Coming out of Cal he was drafted by the Buffalo Bills and spent 4 seasons there before moving on to Seattle. It was in Seattle where he really started to shine, helping to lead them to back to back superbowl appearances in 2013 and 2014. He earned the nickname beast mode due to his hard nosed running style, refusing to go out of bounds and never shying away from contact. Lynch retired after the 2015 season but is making his comeback this upcoming season with the Oakland Raiders. Personally I am happy to see beast mode back in the league. Whether its spending an entire press conference answering all questions with "I'm just here so I won't get fined" or when asked why he doesn't like to talk answering, "I'm just about that action, boss" Marshawn is always entertaining.

What are your favorites?

Once I started writing this there were so many more I wanted to include but tried to cut it off at only a few and official nicknames only. For example, I have heard former MLB pitcher Phil Humber once called Phil Humber the lumber humbler and as amazing as that is, I don't think its one of his official nicknames. I also really like another baseball player, Joakim Soria, who used to be called The Mexicutioner, but has since asked not to be identified with that name anymore. I also didn't want to go too obscure, like former NBA player Brian Scalabrine who was known as "The White Mamba" a play on Kobe Bryant's black mamba nickname.

Hope you enjoyed this and you will share a few of your favorites in the comments. I am always happy to get a little more sports talk going on here so don't be shy and feel free to chime in with any thoughts you have.