Many weeks ago, I worked hard and smuggled some WAX into the Federation and bought some tools from the Black Market or from dodgy traders in shady alleyways. I didn't sold my shovels or Standard Capacitators, instead I gave them away to the farmers in my village, so they can leave the fields and go deep in the mines to mine Trilium (TLM). Trilium ore is the new intergalactic hype, and everyone wants it, not only across the Alien Worlds but in the whole Cryptoverse. The mining tool bargains happened before the "HYPE", the artificial rise of Trilium (TLM) and tool prices. I bought the for Power Extractor for 10.99 WAX ($1.98), the Basic Trillium Detector for 9.88 WAX ($1.78). The cash splash went on the Basic Explosive, paying 14.45 WAX ($2.60), and felt like I paid an enormous amount. With my new tools I started continue my mining expedition on Planet Neri, and the upgrade was visible. The mining cart was coming back with nearly 20 TLM each round, instead of the 3-4 TLM obtained with the basic tools.

The HYPE was created artificially by Greys, Elders and the Dark Elves. They took advantage from the discovery of Planet Binance and oversaturated the market with expensive mining tools. Explorers from far away galaxies spent their savings and embarked on this journey towards the Federation planets. Everyone wanted to get rich quickly, but not many did their investments wisely. This was my standard set up before the HYPE, which I wanted to hold. I started to sell my spare ones, the ones I was staking on RPlanet. The Basic Explosive was the first to go, bringing 487 WAX into the treasury. Getting $116.98 for a mining tool is amazing! Only minutes later, the Basic Trilium Detector was sold for 230 WAX, approximately 55.24 USD! If selling Trilium (TLM) was good... selling tools is even better! A whole batch of Standard Drills and Standard Capacitators were sold for values between $3 and $7, adding $54 into the treasure chest. After lunch my last tool from the morning listing was sold. Someone bought the Power Extractor with 248 WAX, and added 55.80 USD to the WAX treasury. If only I could anticipate this hype and stack up a whole box of tools. Few days later, during one of the raids on Kavian 4:6, I got a new tool. While digging in the tunnels around the supreme Raccoon Brand stronghold, I was lucky to mine this Gasrigged Extractor . As this tool was quite good, I wanted to see the difference between using this instead of my best tool. Was time for an experiment. 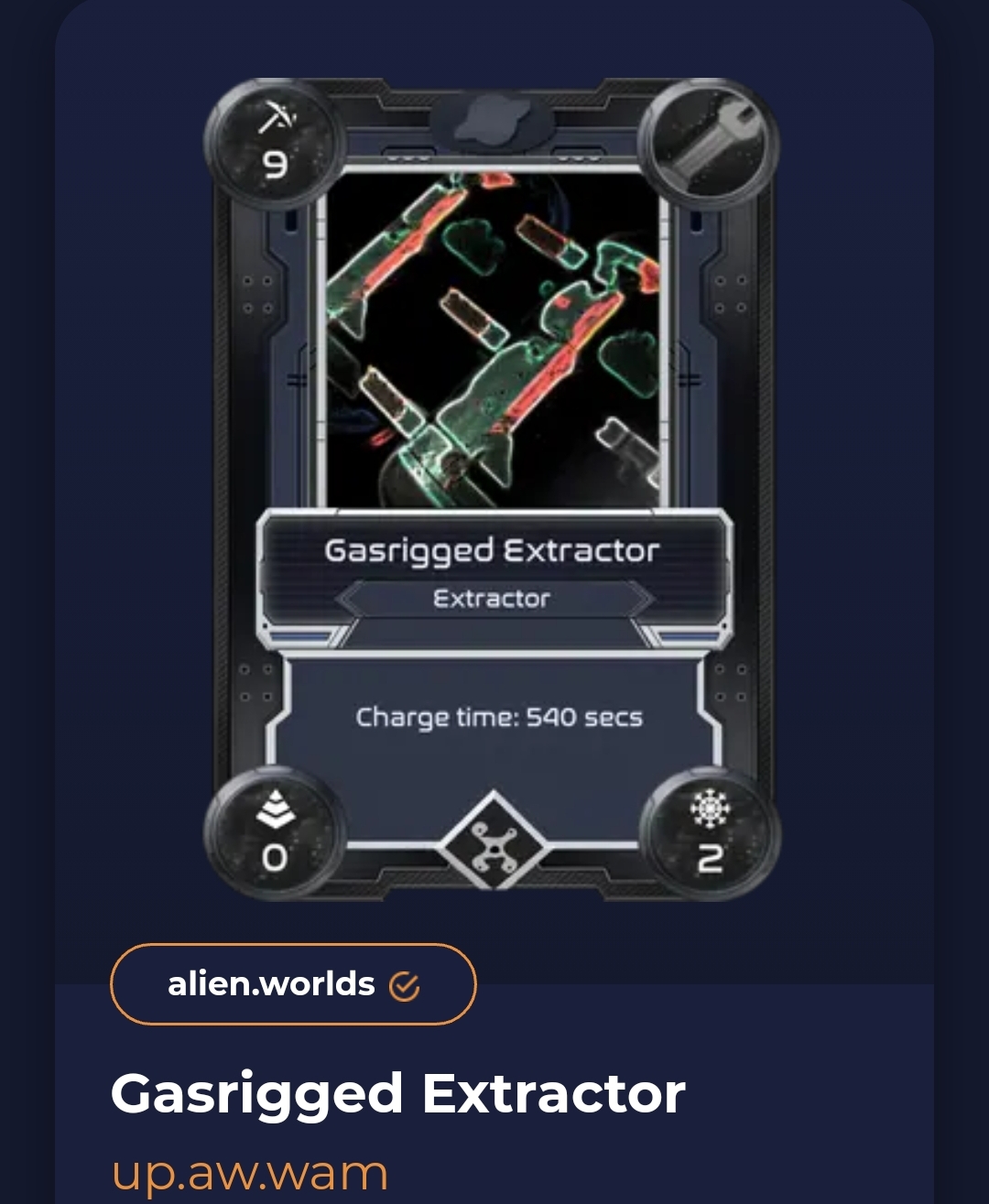 With the Large Explosive on the mining average was 1.96 TLM every two hours while mining on Kavian 4:6 and when I replace it with the Gasrigged Extractor was only a fraction lower. I made a small fortune from selling mining tools at the peak of the hype and added 2365 WAX in staking!

Be extra careful when buying lands or tools! Don't rush when you think you discovered a bargain! Make sure you check if the item has the verified orange tick!

I will conclude this with the AW avatar Maiki made for me. Check this badass NFT artist and his amazing art listed on Atomic Hub Trilium (TLM) and the Alien Worlds Invasion: Episode 3 - Smuggling WAX from the Federation

Trilium (TLM) and the Alien Invasion: Episode 2 - The Broken Teleport