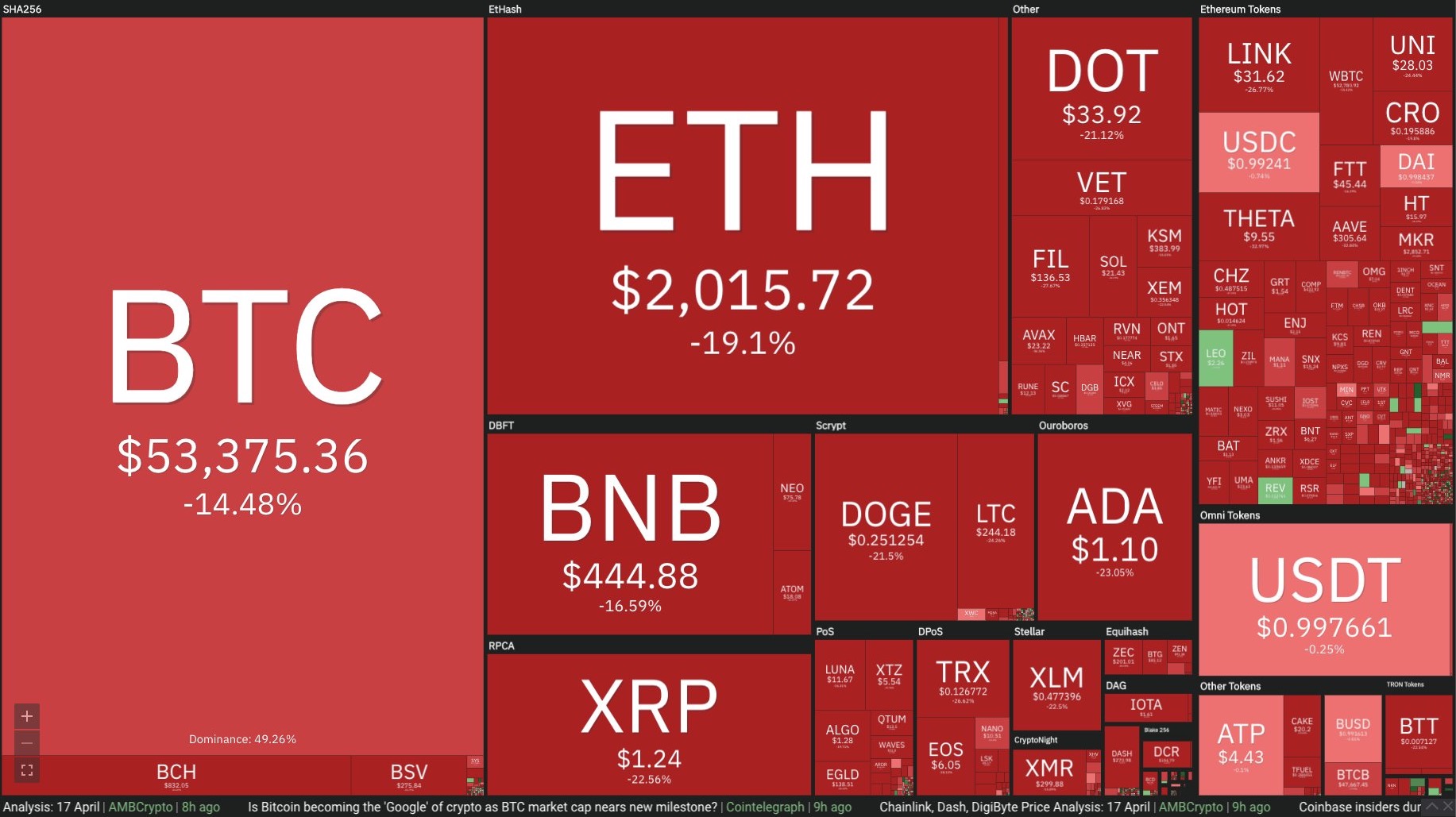 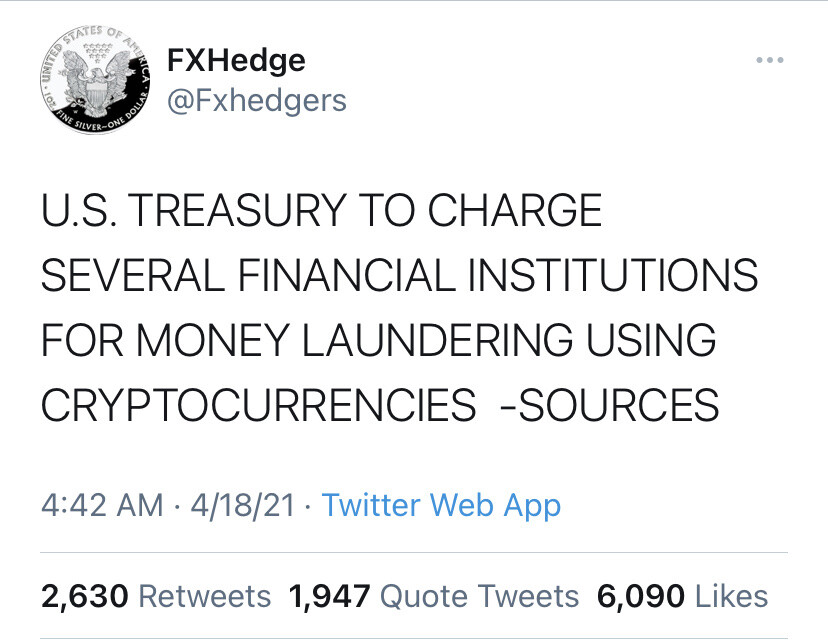 A few minutes after this tweet, the maker began to lose billions, plummeting the value of Bitcoin from about $62000 to $53000.

While this may not be the only reason for the huge dip, this tells us that this market is highly volatile. The tiniest tweet could plummet the market by a few millions!

Altcoins, following BTC steps also took a big dip, some ever harsher than Bitcoin plummeting -30% for some.

The market is likely to recover during the next few days, but it could also drop even lower as some investors already lost a few millions.

Journaling about my research in sciences, my travel and cryptos :)