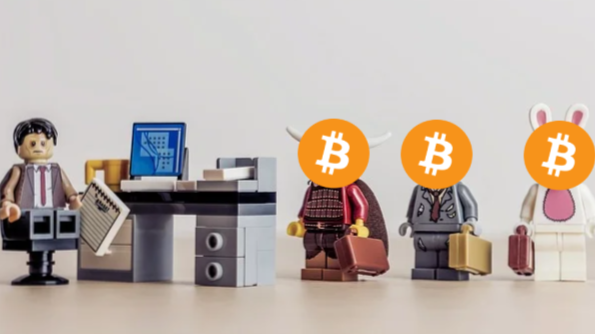 A bitcoin transaction is not immediately processed when you send it. Before processing sent bitcoin, they are first put in a queue: the bitcoin mempool (short for Memory Pool).

The mempool is a kind of queue that every full node keeps for itself. When a node verifies the transaction, it ends up in the mempool. There, the transaction neatly awaits the moment a bitcoin miner picks it up and processes it in a block.

It is useful to know how a transaction is made before you dive into the theory behind the mempool. Therefore read: "How does a bitcoin transaction work?" If you don't know that yet.

When a bitcoin transaction is sent to the network, it is first checked by the existing nodes (computers that participate in the network). When that verification is over, the transaction will become unconfirmed.

The place where these are collected and stored by nodes is called the mempool. Each node on the network has its own data in this area.

Because each node keeps its own accounts, you always get slightly different data from different sources. That does not mean that there can be cheated, because everyone checks each other on the network.

Do you not have your own node and still want to know how the mempool is doing? Then you can check various external sources that clearly show the queue for bitcoin transactions.

Each node must of course have room to store the unconfirmed transaction. When too many transactions have to be saved, a threshold is thrown on it. Only transactions with transaction costs above a certain level are still included in the queue.

When a bitcoin transaction has been processed, it is removed from the mempool of the nodes.

The idea behind the mempool

A public mempool is important for different bitcoin users. BIP 35 (Bitcoin Improvement Proposal number 35) was introduced quite early in the life of bitcoin: outsiders should be able to see the mempool of other nodes.

This is useful for people who don't have a node and want to see how much they have to pay on top of their transaction to be processed quickly. Miners can also use this method to cut corners when it comes to transaction costs.

The mempool shows how busy it is on the network. Cheap transactions last longer when more expensive transactions are constantly passing by. So it is not the case that your transaction is processed faster if you are earlier, miners often look purely at any income.

When it is busy on the network, there is a kind of traffic jam. It can take a long (er) time for your payment to get through.

Suppose there are about 5MB of transactions in the queue, it can take a while before things are processed. The size of a bitcoin block is on average about 1MB, which means that it takes about five blocks to process the said transactions.

On average, a block is found every 10 minutes by a miner, so you are quickly waiting 50 minutes if you are at the back of this situation. As a user you have to take this into account, a fast transaction is sometimes more expensive.

What is the Bitcoin Mempool?

The mempool is an important part of the bitcoin network. In fact, it is the queue for all transactions that take place on the network.