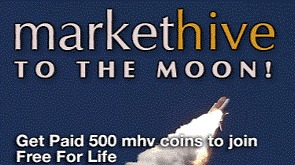 Markethive Replacing The ICO With An ILP

Many of you have heard of ICOs in regards to upcoming block chain spaces (organizations or businesses as you may call it). It means Initial Coin Offering, and can be compared to an IPO (what a new publicly held corporation launched to raise money aka: Initial Public Offering) both of these are based on risk investment based on speculation of greater growth and trade value.

This is why the SEC came down hard on ICOs, because they are almost identical to an IPO. That being a risk based investment based on speculative assumptions. These assumptions can easily be skewed with false projections and manipulated stock trading, hence, the SEC regulating the industry to prevent the fraud and misdirection and hype.

The Markethive ILP represents 1 share of 20% of Markethive’s net revenue. Net revenue is defined as:
Net revenue is calculated by subtracting cost of sales, including cost of goods sold, estimated returns or any allowances from gross revenue. … Gross is the total revenue you have earned for that period. Net revenue is what's left when all the costs have been taken out.

We are targeting to distribute less than 1000 ILPs. But for the purpose of this illustrated article, we will assume we have delivered 1000 ILPs. ILPs can be broken into fractions thereof down to 1/1000 of an ILP. We will be building a dedicated internal ILP Markethive exchange where Markethive members can buy and sell their ILPs or fractions of their ILPs.

To really understand how and what these ILPs represent, I explain that there is Gold and then there are oil wells (nodding donkeys).

Gold is held as a store of wealth and over time it rises in value.

(Altcoins like Bitcoin or MHV coin is a better option today).

At today’s prices a barrel of oil is selling on the market at $55 per barrel. That makes an oil well potential around $9,500 per month. I would opt for Oil Wells way over Gold bars.

ILPs are likening to the oil well. And here is a solid projected illustration of the Markethive ILPs based on existing growth metrics, similar company’s data and our projections of growth. Martkethive has been in operational beta since June 2015. Since that time we have tracked 5 unique trends:

We have hit every milestone and our traction is increasing exponentially.

LinkedIn can be considered one of the closest, and targeted social networked competitors to Markethive. Considering LinkedIn has over 575 million active subscribers throughout the world: The top 3 being (1) The United States (2) India and (3) China representing over 70% of the market.

LinkedIn achieves a 39% upgrade to their loyalty plans. These plans offer nothing more than greater and deeper access into the data of other members, visitors, searches and 3+ levels deep messaging.

Based on these facts, and our data of growth as well as continued development and achieving our milestones over the past 4 years, the following speculation is backed up by real numbers and solid trends.

We are super confident we will exceed 5 million members in 2 years. In fact we are confident; we can attain 50 million members. Based on these numbers, we can expect the following growth:

10% of our 5 million members upgrading to one of our loyalty programs, (Entrepreneur One*, Two, etc.) at $100 per month would equate a monthly income of $50 million per month. 20% of that (after net revenue) would approximate to $10 million per month. Now divided by 1000 ILP shares, would represent a monthly projected revenue of $10,000 per month (as the company grows the revenue will reflect that growth) for a projected duration of 20 years before the loan becomes due (balloon payment). ILPs are now listed at $100,000 per ILP. When we first offered ILPs they were listed at $10,000, but as ILPs have been acquired and Markethive gets closer to exponential growth, the value of ILPs will continue to increase.

What if we reach 50 million and beyond subscribers?
A similar scenario as LinkedIn with 575 million and a 39% loyalty program upgrade would produce the following results with a Markethive ILP.
575 million members with a 39% upgrade would yield 225 million upgraded members paying $100 per month would result in $2.2 billion in revenue, per month. 20% of that would yield $440 million. Divide that by the max 1000 ILPs for a sum of $444,000 per month.
Now you understand why we call the ILP an oil well.

You can wait for the ILP exchange to be completed and the Markethive wallet in place and then buy ILPs or shares from other members in the exchange.
Or…
You can purchase ILP shares or partial shares from us (Markethive) directly. We sell full shares and fractions there of as small as 1/100th for $1000.
Or…
You can upgrade to Entrepreneur One and receive a 1/10th share every year for up to 10 years, that works out to $1,200 a year and receive a 1/10th share. Considering the above article, that is a deal that is not going to last forever. And once you have an Entrepreneur One account and stay current, you keep that account as long as you want.
There are scores of other huge advantages to an Entrepreneur One account and I suggest you make yourself aware of them. We are in Beta and start up and the advantages you get today will not last long.
Go see what else Entrepreneur One gives you.

Then there is one more way to acquire an ILP or share of one, “Our contests”. These contests are announced and fulfilled in our live webinars on Sunday's This means to know about these contests and to win, you must be present. In fact tomorrow a huge contest will be announced. And it is an Easter egg hunt.

I have the consent of Markethive CEO Thomas Prendergast To Re-post this article.

Hi my name is Darren and I am a 51 year old Crypto Enthusiast from Ontario Canada. Have a great day.

Growing Your Bitcoins Bit By Bit