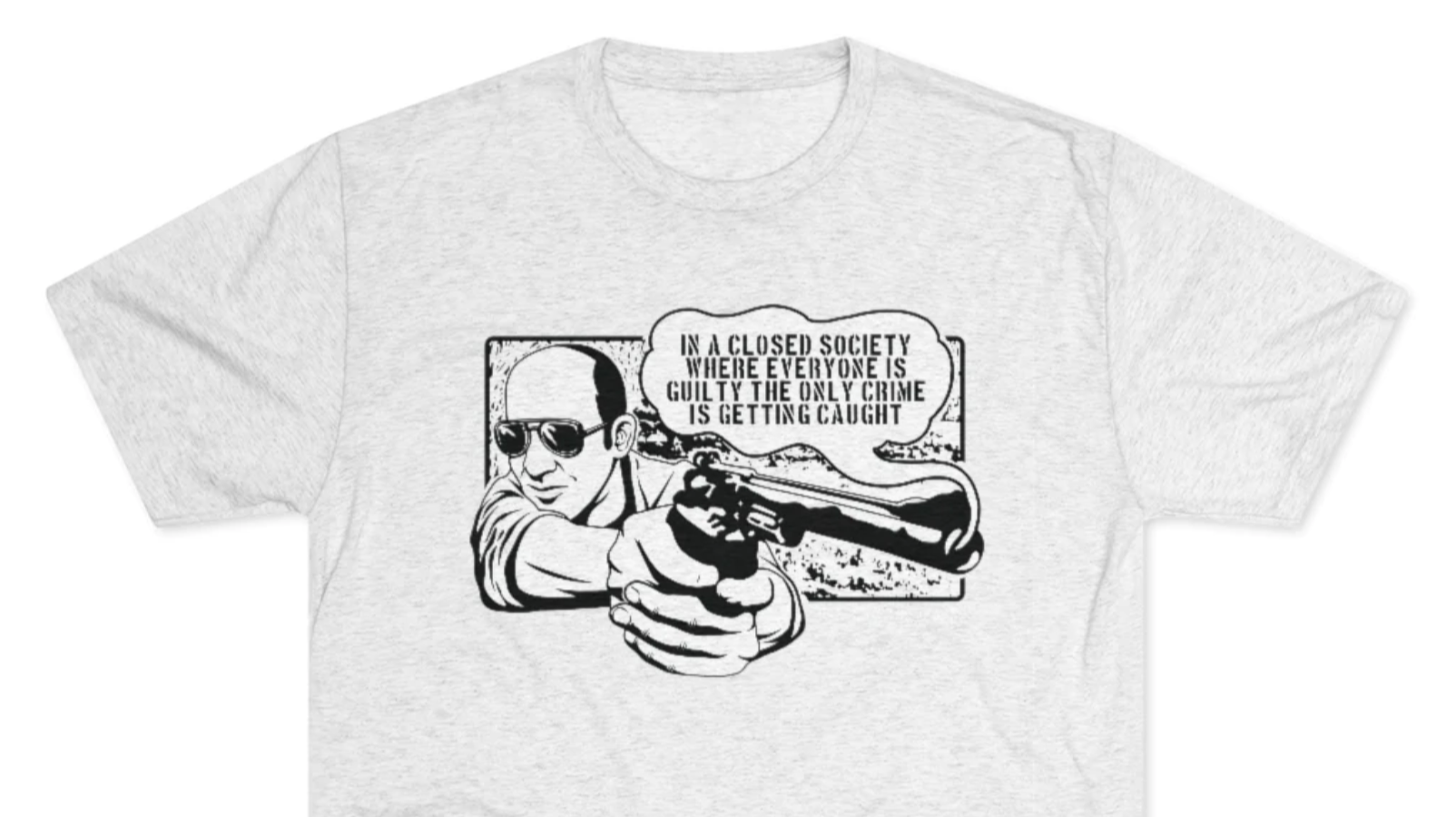 We were somewhere around Knoxville on the shore of the Tennessee River when the energy drinks began to take hold. I remember saying something like “I feel like we should offer a Hunter S. Thompson collection on Libertas Bella…”

The cofounder of the website put down his tackle box and turned to me. He said “Alex, I think that is a great idea. Since you’re talking about work during our day off instead of focusing on fishing, why don’t you go and get that started? I will save you any smallmouth bass I catch.”

So I raced home in the Great Green Shark, which is what I call my 2009 Jeep Wrangler, and began putting something together that would properly honor the great man.

In an era when journalists only exist to flog propaganda in between commercials for fast food, a man like Thompson seems like some beautiful, mystic dinosaur. Never again will we receive reports from the campaign trail from a man who once threatened to shoot motorcycle gangsters with a double barreled shotgun. Wolf Blitzer will never claim to be the incarnation of a Polynesian deity; Anderson Cooper will never pop amyls and order $300 worth of fresh Chinook salmon to his hotel room (or, if he does, he won’t make it an interesting part of his persona).

I am grateful to Johnny Depp for two things: starring in that movie about the freak with knives instead of fingertips (I believe it was What’s Eating Gilbert Grape?), and bringing about a renaissance of sorts in Dr. Thompson’s career. It was heartwarming to see high school students back during the early ‘00s pulling the caps off the salt shakers at diners and shouting "Did you see what GOD just did to us, man?"

I want to help preserve the icon’s image as well, but I’m better at offering fine clothing and accessories than I am at acting. We will donate 100 percent of the proceeds we earn from the Hunter S. Thompson collection to bar managers who are getting seriously upset about our outstanding tabs.