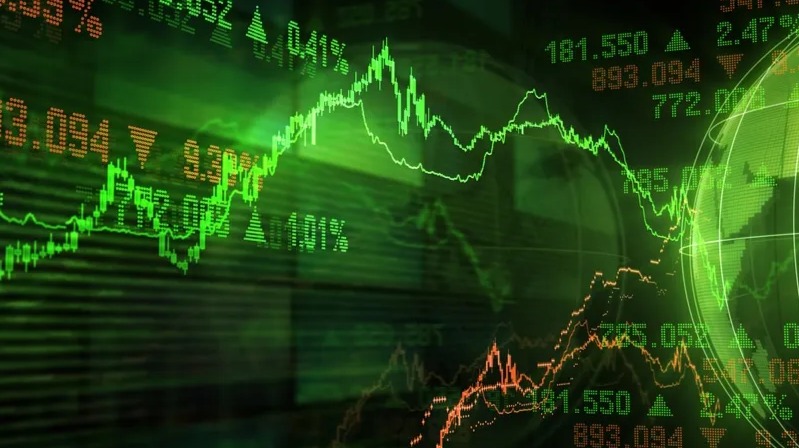 Crypto happenings during this week!

Let's update some of the happenings around the world which would link on the Crypto Markets.

Thailand put an end to use of digital assets.

Thailand has joined the list of countries that would ban the payments of digital assets. The South Asian country issued rules to ban digital assets to pay for goods and services from April 1, 2022. This has in continuation of the discussions between the Securities and Exchange Commission (SEC) and the Bank of Thailand (BOT) as a regulation mechanism of digital assets. This has been seen the use the digital assets for payments would impact the country's financial stability and overall economy, as said in a statement by the Thailand's Securities and Exchange Commission (SEC). It also added that all the Digital asset business operators should comply with the new rules within 30 days from the effective date with the end of April 2022.

No Crypto Advertisements in the Indian Premiere League.

In a collective decision, the crypto Currency Exchanges in India not to advertise the Indian Premier League (IPL) which is a 20 Over Cricket game that gained a high momentum that is organised by Board of Control of Cricket in India (BCC). The advertisements given last season/year by these Crypto Exchanges emerged adverse critics by various sections of people including policy makers. It also attracted lot of attention by the Government as well.

EI Salvador postponed the issue of bitcoin based bond

El Salvador postponed an the issue of bitcoin based bond. The Finance Minister of EI Salvador Alejandro Zelaya said that his government would wait for a favourable condition to happen in the financial market as there are some uncertainties/volatilities raised due to Russia and Ukrain war. According to the data of Refinitiv Eikon, the launch of this high expected bond would be postponed until September 2022.

In the past 24 hours, the following coins are the top gainers 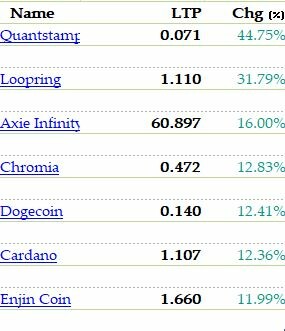 In the past 24 hours, the following coins were the top losers. 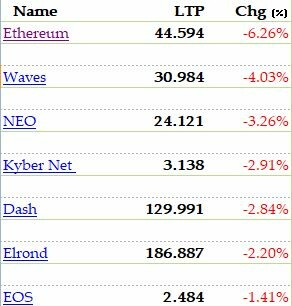 See you all in the next article.

Please stay tuned for all the updates and news!