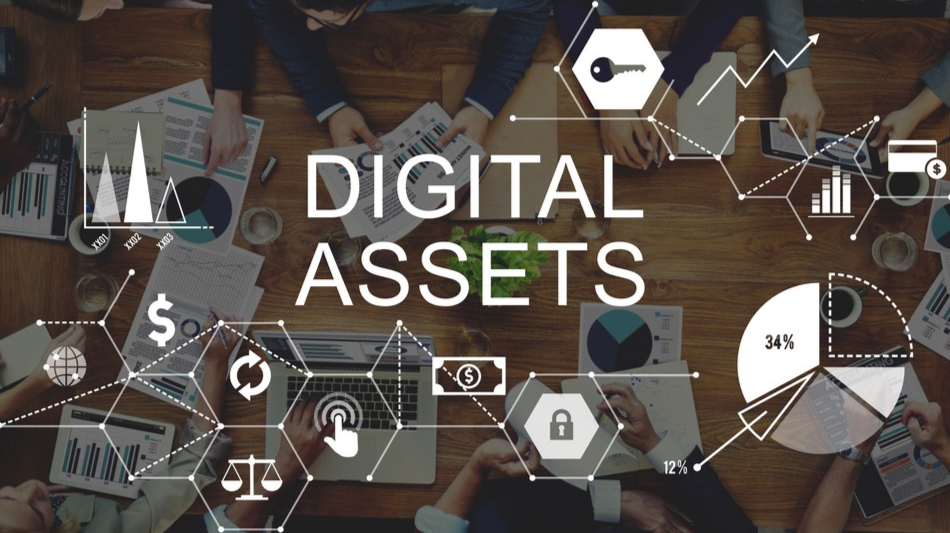 Blockchain Has Changed What A Digital Asset Really Is

The hope it that by the end of this post you’ll have a basic understanding of what a digital asset is, where they came from, and what they can do.

Let’s Start With The Definition

A Digital assets is anything that exists in a binary (digital or code) format and comes with the right or ability of use.

The original definition of Digital Assets was created to fulfill the only kinds of digital assets we had; images, videos, documents, and audio. However with the introduction of blockchain technology the idea of digital assets have evolved to more than just media content.

Blockchain is a technology that lets you programatically prove that a digital object (or asset) is in a certain place at a certain time. This includes ensuring no one can create fake versions of assets or lie about their ownership. It creates an environment where people can trade and interact without having to worry about trusting middlemen. According to Robert Greifeld, former Chairman for Nasdaq, the first asset trading was bilateral (One to One) and born in London coffee houses. People trading within the coffee houses trusted each other but as soon as a trade left the coffee house they needed trusted intermediaries to handle the risk of trading with someone where trust hadn’t been built. Blockchain allows us to go back to a bilateral world of exchange. The rules are built into the code and audited by the world, so we can make international trades trustlessly.

Blockchain can be used to disrupt a plethora of industries and can be applied in many different ways from changing the way we access the internet to how we buy and sell real estate. We’ll go into more of those later.

Bitcoin is the First Application

The first application of blockchain and a digital asset was Bitcoin. After the 2008 financial collapse the anonymous founder of Bitcoin, Satoshi Nakamoto, released a white paper stating the vision of combining cryptography with accounting to solve the problems of inflation, corruption, and fraud that plague normal “fiat” money. With the eventual goal of creating a decentralized international economy that was truly free from the limitations of government and borders.

Bitcoin, commonly know as a cryptocurrency, is a kind of digital asset. With others such as Ethereum, EOS, and BAT popping up in the years following Bitcoin. The idea of blockchain and this new digital asset class are gaining the attention of the world.

Where Do Digital Assets Fit In

Okay, now that we understand Bitcoin and its mission (don’t worry I’ll be releasing another piece going deeper into Bitcoin next week) we can begin to grasp digital assets as an asset class. So what do digital asset’s even do? How are they used?

With digital assets everything we own can be digitally represented by assets or tokens. These tokens can be traded between anyone, anywhere, on the internet and used to give people control back over their data, identity, and finances in ways never before possible. Here’s some examples of exciting use cases leveraging blockchain backed digital assets to disrupt major industries.

Here’s some real world cases of applications of the technology. We will touch 3 major applications of digital assets across a varied spectrum including the names of projects addressing the problem.

You can buy as little as $100 worth of a commercial property and be given monthly dividends based on the property’s performance. These tokens are easily to transfer and trade, improving the speed and experience behind buying and selling property. This opens real estate investing to the common people instead of being an opportunity reserved for the rich disrupting the trillion dollar industry.

Platforms like Ethereum and EOS are creating the next generation of operating systems to compete with Windows and Apple. Blockchain enables a change in file storage architecture called the interplanetary Filing System (IPFS) which is an upgraded version of the HTTP we use right now. This new application structure allows the development of decentralized applications that aren’t tied to servers. Digital Assets are used to power the performance, relationships, and transactions on this evolution of the web.

The big social media platforms like Facebook, Instagram, and Twitter make billions of dollars every year by capturing user data and leveraging their users attention for ad monetization. Historically these companies do whatever they want with the value generated from their users, but with new incentivized social medias, users are rewarded in digital assets for the value they contribute to the community. An example is SteemIt which is essentially Reddit, except every single up vote you get grants Steem Coins, which have a real monetary value.

Congrats! If you made it this far you now have the most basic understanding of what a digital asset is and how they’re used. However, this is just the tip of the iceberg. Marc Andreessen, the father of the internet browser said:

In short, what digital assets can and will accomplish is tremendous. There is the potential of every single currency, asset, supply chain, and even reward point will be mathematically secured and redeemable for value. Understanding the implication of this technology in our lives is as important as understanding how Artificial Intelligence will change humanity. The wave of innovative tech humanity is about to be introduced to as we move further into the digital age will create tremendous shifts in ideologies, societies, and philosophies. Nothing has impacted humanity more than technology. Blockchain and Digital Assets is simply the evolution of humans transitioning to a digital infrastructure.

Thanks for taking the time to read this article. I’m a Founder at KoinStreet: The Gateway to Digital Assets. There’s a lot of problems with nascent industries such as blockchain and digital assets, but the core of the problem lies around the lack of education. Our goal is to help make things easier to understand. There’s no need to run into fine details before we’ve painted the big picture. Please follow, like, share, and sign up on our site www.koinstreet.com to stay up to date with new articles, newsletters, and the release of our platform.

The crossroads of technology, digital assets, and innovation