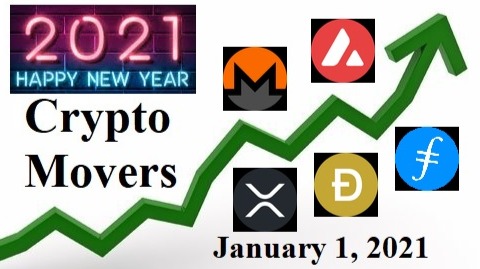 Welcome to “Top 5 Cryptocurrency Movers” where I look at all the major crypto coins on the market and choose the five that made the biggest move (either positive or negative) on this day, explaining my thoughts why the move happened, as well as the historical significance of the particular crypto. Here are my top five cryptocurrency movers for January 1, 2021:

After taking a beating in December 2020, Ripple received some much-needed positive news for the 2021 New Year, as they received a big endorsement from Grayscale, the leading digital asset manager. Despite the ongoing SEC lawsuit, Grayscale took advantage of XRP’s falling price and purchased a record 12.48 million Ripple coins on New Year’s Eve, which resulted in a surge of price from the low of 20 cents per XRP. This could be seen as optimism that the cryptocurrency will survive the Securities and Exchange Commissions claims that Ripple operated illegally.

Another cryptocurrency that has been going in the wrong direction during this bull market is Filecoin, down an additional four percent today. Filecoin has a unique premise, which is a decentralized cloud service for storing public data (like Dropbox and Google Cloud) but the users pay storage miners to store their files, where it will be easily retrievable when necessary, replacing all centralization and huge major firms like Amazon and Google.

Dogecoin went up about 20% today and it didn’t even take an Elon Musk tweet to do it! Fans of DOGE have already proclaimed 2021 as the year of this cryptocurrency and are rallying for it to reach $1 per coin. Initially seen as a joke or meme coin when it was released in 2013, Dogecoin has developed a big following, with none other than Tesla and SpaceX CEO Musk at the helm. DOGE is similar to Bitcoin, using a blockchain via Proof-of-work and provides basic functions to transfer value from person to person.

Avalanche, the cryptocurrency that is an open-source platform for creating, trading, and launching smart digital assets, as well as launching highly decentralized applications, had its best day on the market since debuting in September 2020. The increase in price was due to the Avalanche ecosystem rapidly expanding and the hopes that 2021 will be their best year yet.

Monero crashed today on news that Bittrex, one of the largest exchanges in the cryptocurrency market, will delist Monero (XMR), as well as DASH and Zcash (ZEC), starting on January 15. This is a way to preserve the privacy of their users and to follow know-your-customer (KYC) and anti-money laundering (AML) regulations. XMR is the most private, secure, and untraceable cryptocurrency. 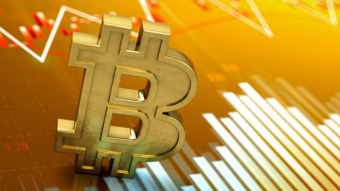 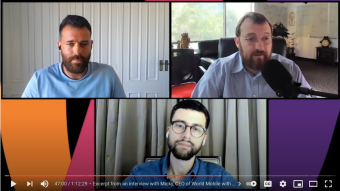 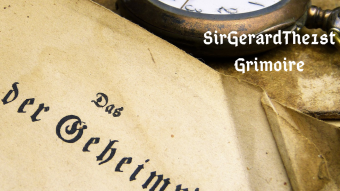