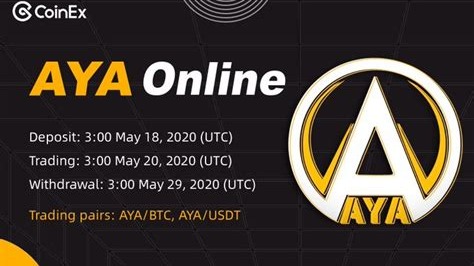 A Brief Introduction of Aryacoin, First Ever Iranian Cryptocurrency

Today we want to introduce Aryacoin (AYA), the first and only cryptocurrency attributed to Iran that has been registered in CoinMarketCap.

Aryacoin can be mined, it also can be exchanged by other digital currencies in several world-famous exchanges such as Hitbtc, CoinEx, P2pb2b, WhiteBit, Changelly and is also listed in reputable wallets such as Coinomi and Guarda.

Using Aryacoin digital currency, like other currencies, international transactions can be done very quickly and there are no limitations in this area as the creators claim.

What is Aryana Exchange?

Aryana Exchange, known as Aryana’s largest platform, is listed on CoinMarketCap as well and is also the first Iranian exchange in the history of crypto in Iran, where it is registered and under the supervision of lawmakers can provide services to all Iranians and Persian speakers.

Tip: on that note, So far, no Iranian official has commented on this (either positively or negatively), and it is not yet clear under which institution this exchange and this cryptocurrency have started operating. 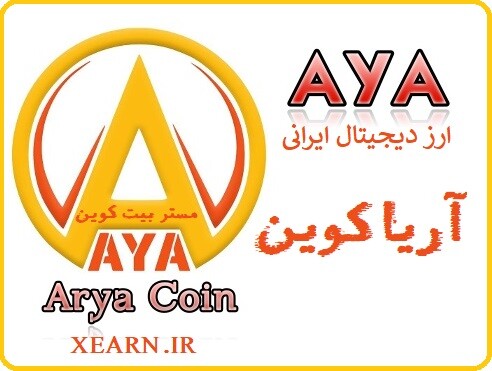 Stable Fee Per AYA is a unique feature of Aryacoin, so by increasing the amount or volume of the transaction, there is no change in the fee within the network, which means that the fee for sending an amount less than 1 AYA is equal to several hundred million AYA.

Another unique feature of Aryacoin is the undetectability of transactions in Explorer, such as the DASH and Monero, of course, this operation is unique to Aryacoin.

According to the website of the operation, each wallet is divided into 2 or more AYA wallet addresses for each transaction, and depending on the volume of the transaction block, the origin, and destination of transactions in the network can not be traced and displayed to the public.

In fact, each wallet in Aryacoin consists of a total of several wallets. The number of these wallets increases per transaction to increase both security and privacy.

Aryana, the first Iranian exchange is a unique platform with the following features:

Aryana Exchange is using the most powerful, fastest, and most expensive server in the world, Google Cloud Platform (GCP), which is currently the highest quality server for an Iranian site, so that professional traders do not lag behind the market even for a second.

The feature of Smart Trading Robots is one of the most powerful features for digital currency traders. Digital cryptocurrency traders are well aware of how much they will benefit from smart trading robots. In the Aryana exchange, it is possible to connect exchange user accounts to intelligent trading bots and trade even when they are offline.

The injection of $ 1 million a day in liquidity by the WhiteBite exchange to maintain and support the price of Tether and eliminate the Tether fluctuations with Bitcoin instabilities used by profiteers to become a matter of course.

Registration and transaction in Aryana Exchange

Users can enter Aryana exchange through the following website and start trading with Toman: https://aryanaex.com

Remember to enter this website with the same email that you registered on the main site of Aryana exchange (https://aryana.io)

Aryacoin is the first and only Iranian digital currency that managed to obtain a trading license in other countries.

In collaboration with the foundation and financial giant Simplex, a major cryptocurrency company that has large companies such as Binance, P2P, Changelly, etc.

Aryacoin has been licensed to enter the world's major exchanges, as well as the possibility of purchasing AYA through Credit Cards, which will begin in the second half of 2020.

Also, the possibility of purchasing Aryacoin through Visa and MasterCard credit cards will be activated simultaneously inside the Aryacoin site. plus, in less than a year, AYA will be placed next to big names such as CoinCapMarket, Coinomi, P2P, Coinpayments and many other world-class brands today.

Other services of AYAPAY payment gateway:

According to creators Aryacoin, the development team has succeeded in inventing a new blockchain technology for the first time in the world, which is undoubtedly a big step and great news for all digital currency enthusiasts around the world.

This new technology has been implemented on the Aryacoin AYAPAY platform and was unveiled on October 2. AYAPAY payment platform is the only payment gateway in the world that does not save money in users' accounts and transfers incoming coins directly to any wallet address requested by the gateway owner without any additional transaction or fee.

In other similar systems or even systems such as PayPal, money is stored in the user account.