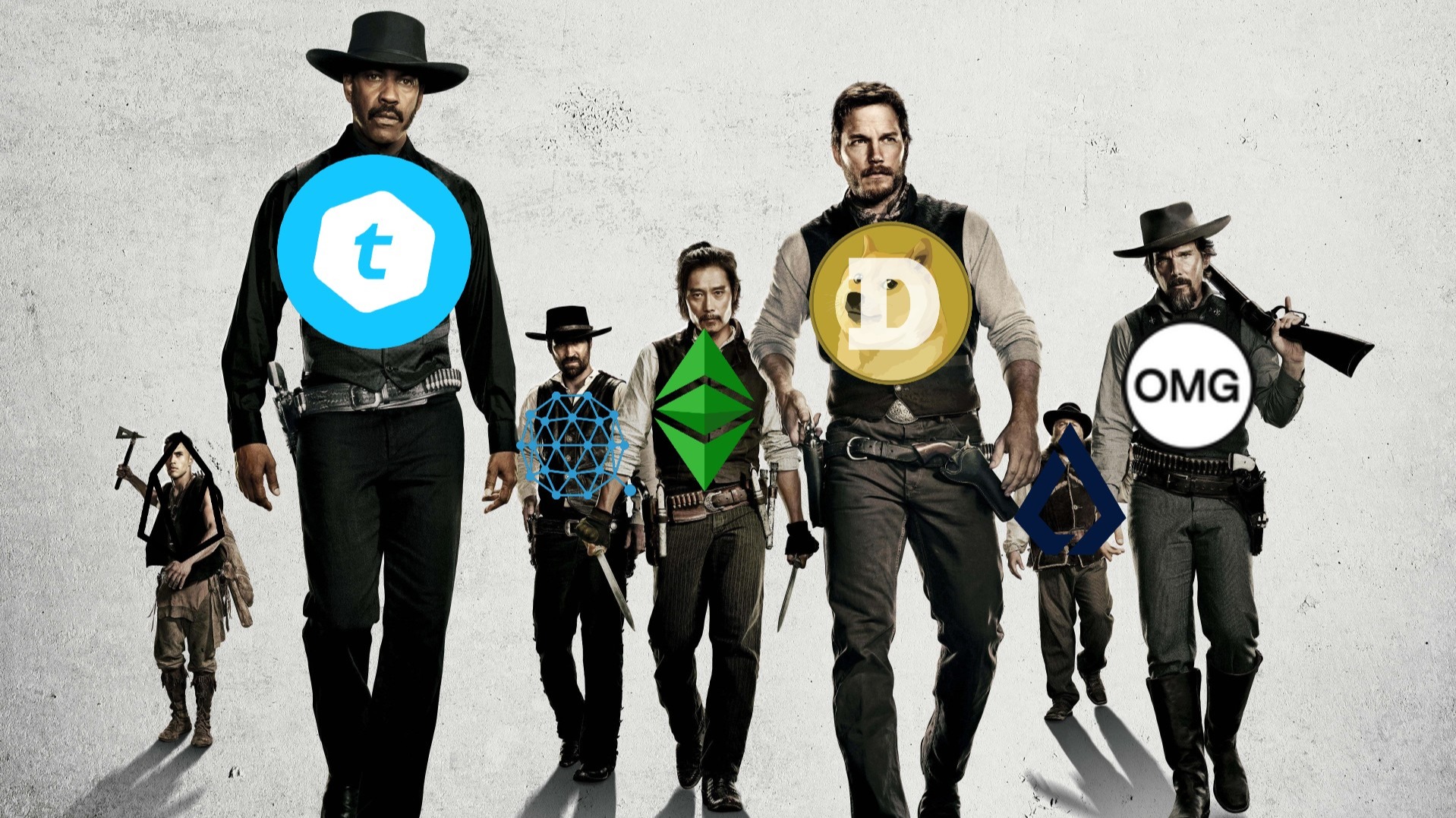 In this article, I will take a look at the seven altcoins that increased the most over the past seven days (April 30th – May 7th). Note these are top gainers in top 100, there are other projects that have gained more that have smaller market caps.  Those altcoins were -

TEL has already moved above the 1.61 Fib projection of waves 1-3, indicating that wave five has extended. 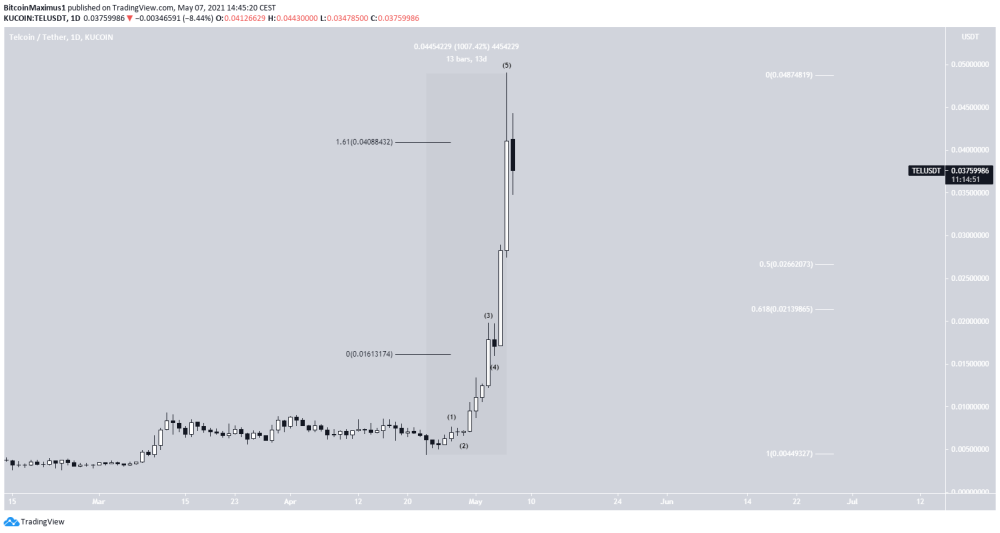 The high was made right at the 3.61 external Fib retracement of the entire previous decrease, measuring from the all-time high. Afterwards, ETC decreased slightly since and is currently trading at $139.

If the current upward movement extends, the next resistance area would be found at $207, the 4.61 external Fib retracement. 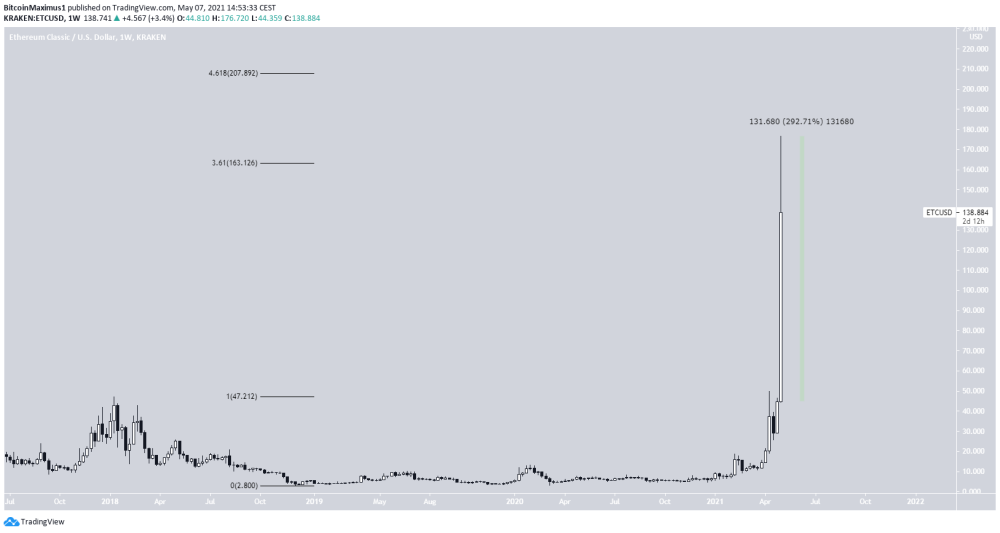 QTUM has increased considerably this week. However, unlike TEL & ETC, it is nowhere close to reaching its all-time high.

While QTUM is likely to reach it, a rejection would be expected once it does, at least in the short-term. 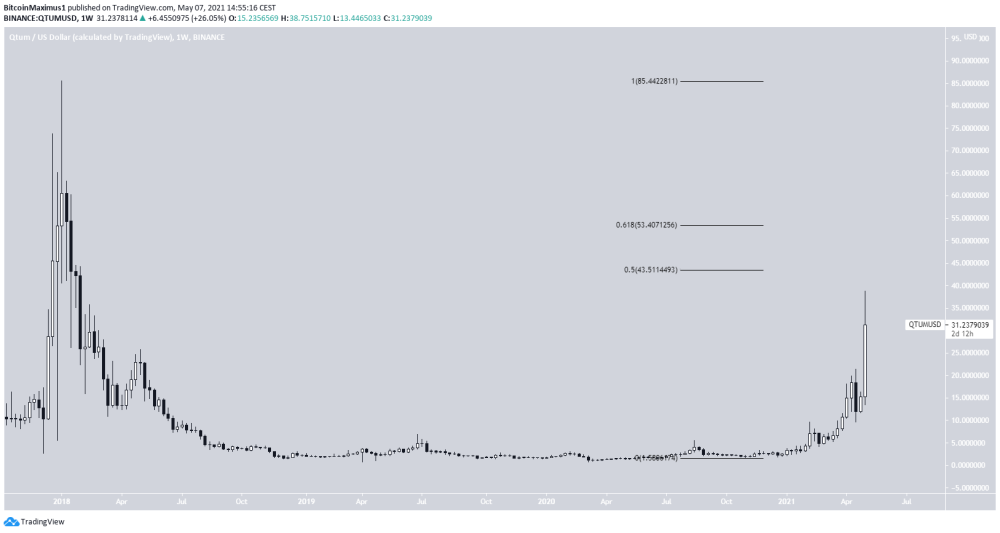 The high was made just above at the 1.61 external Fib retracement resistance, found at $0.627, causing a rejection.

However, DOGE bounced once more after the rejection.

If the movement extends, there is a confluence of resistance levels found near $0.90. 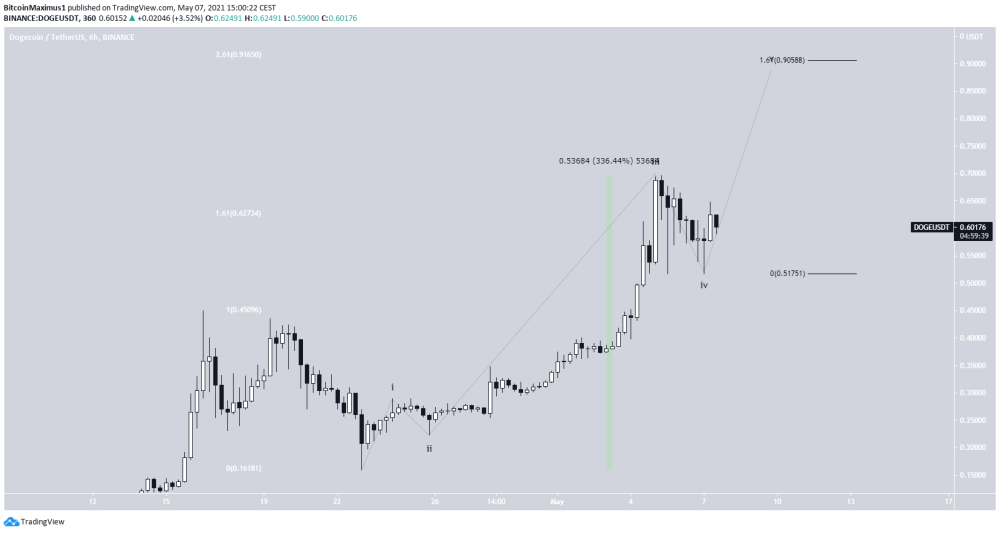 OMG has increased considerably this week, managing to reach a new yearly high of $15.35. Still, unlike ETC, the token is nowhere close to reaching a new all-time high.

To the contrary, it has just reached the 0.5 Fib retracement level when measuring from the entire downward movement. Consequently, the entire $14.40-$17.75 area is likely to provide strong resistance.

Afterwards, if OMG manages to clear it, it is likely to move towards a new all-time high price.

EOS increased considerably this week, managing to break out above the long-term resistance area found at $8. Previously, it had been trading below this level since August 2019.

The high was made just above the 1.61 external Fib retracement level of the previous drop. This is the first significant resistance level.

Therefore, if LSK manages to clear it, the next resistance area would be found at $14.57.