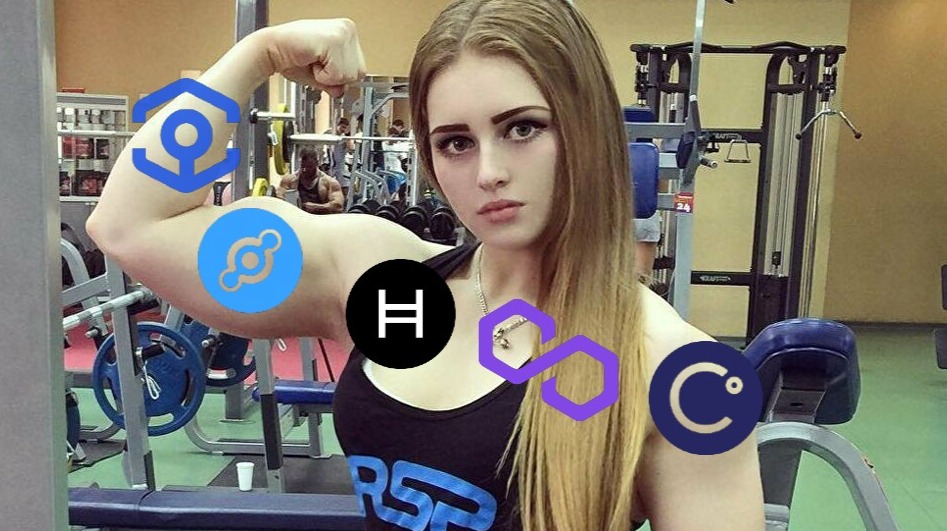 The Five Biggest Altcoin Gainers – May 17th to May 24th

Please note, that these are projects in the top 100 marketcaps.

It should be noted that because of the massive market downturn seen this past week, nearly every cryptocurrency asset has experienced a loss. Also due to these circumstances only one altcoin grew in value. During the week of May 17th to May 24th, the biggest altcoin gainers were:

HNT is the only coin that had a positive rate of change last week. It’s trading inside a long-term descending channel and has been doing so since April 7 after reaching an all-time high price of $21.50.

Channels are often corrective movements, therefore a breakout from this pattern would be expected.

HNT has reached the support line of the channel thrice and created a very long lower wick each time (green icon). Most recently, it did this on May 23.

Currently, it’s attempting to reclaim the middle of the channel. This would be a very bullish development that may indicate that a breakout is in the cards.

CEL had been following a descending resistance line since Jan. 3. It finally managed to break out on April 4.

Afterward, it returned to validate it as support twice, on April 24 and May 19. Both times, it bounced with strength (green icons). With the most recent bounce, it has also reclaimed the horizontal $5.60 level as support.

If it continues to move upwards, the next closest resistance levels would be found at $8.33 and $10.68. These targets are found using an external Fib retracement on the most recent drop. 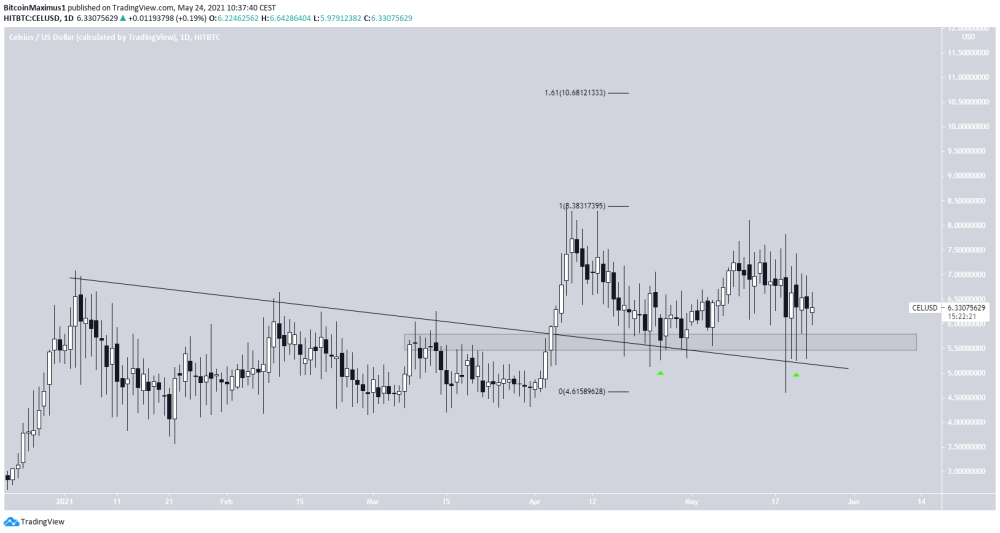 MATIC had been moving upwards at an accelerated rate since April 16. After May 12, the movement became parabolic, leading to a new all-time high price of $2.70 on May 18.

However, it’s been moving downwards since. It created a bearish engulfing candlestick the very next day after the high (highlighted). So far, it has reached a low of $0.74 on May 23. This validated the $0.80 area as support.

Therefore, it’s possible that the upward movement has ended and the price has now begun to correct. If that is the case, the closest resistance levels for the ensuing bounce would be found at $1.48 and $1.71. 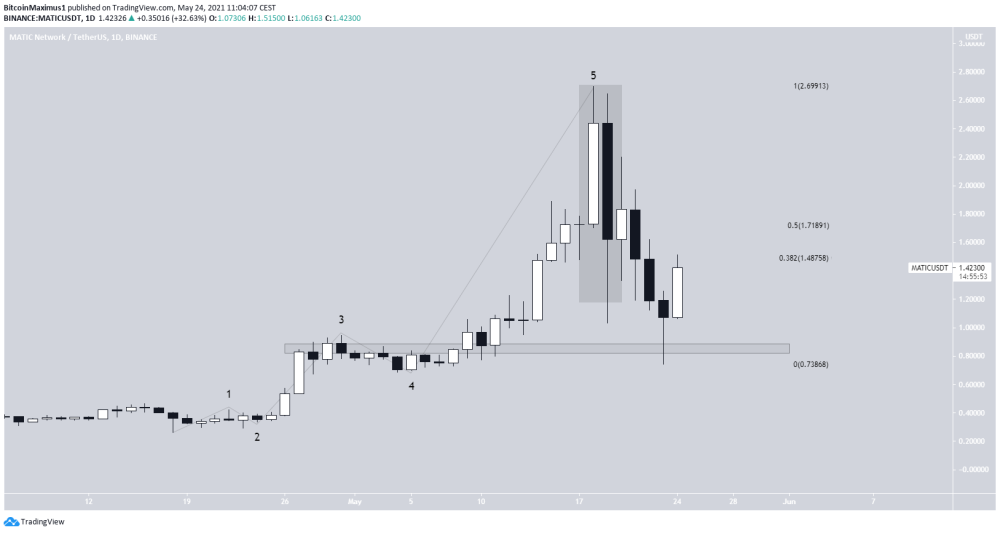 Similar to HNT, HBAR is trading inside a long-term descending parallel channel. It has been doing so since reaching an all-time high price of $0.455 on March 15. The movement inside the channel has been gradual and choppy, making it likely that it’s a corrective structure.

It touched the support line of the channel on five consecutive days, starting from May 19. It’s still trading in the lower portion of the channel and has yet to initiate an upward movement.

Reclaiming the upper portion of the channel is required for the possibility of a breakout to remain.

Similar to HNT and HBAR, ANKR is trading inside a descending channel. It has been doing so since it reached a new all-time high price of $0.21 on March 28.

ANKR has touched the support line of the channel four times, most recently on May 23. As a result, it created long lower wicks each time — a sign of buying pressure.

However, it’s not close to moving above the middle of the channel. This would be required for the upward movement to be able to continue.